It is important to control tick abundance due to their ability to vector diseases. Burning in tick habitat can cause direct tick mortality and alter the microenvironment. To establish if this method of management is effective, ticks will be collected in burned and unburned areas of forest, after burning and in subsequent years. Vegetation structure and diversity will be evaluated and may be related to tick abundance. Ticks will be tested for Borrellia sp., the bacteria that causes Lyme disease.

Lyme disease is endemic to the Midwestern region of the U. S., including Illinois and is a growing public health concern. There has been little research on the effects of prescribed fire on tick abundance that also includes information regarding changes in woody understory, groundflora vegetation and leaf litter that comprise tick habitat. Some research shows that tick abundance decreases initially after a fire, but in subsequent years, populations recover (Gleim et al. 2014; Horak et al. 2006). Other studies have shown prescribed fire has little effect on tick mortality (Padgett et al. 2009).

Controlling tick abundance is important since several species are known to vector diseases. In 2013, the CDC announced that Lyme disease is much more prevalent than previously reported, with approximately 300,000 sufferers across the U.S. Lyme disease is caused by Borrellia sp. bacteria and is commonly vectored by the black-legged or deer tick (Ixodes scapularis). Over the past several decades, the range of the I. scapularis tick has expanded rapidly. An established population of I. scapularis was found at the study site, during 2015, in Hancock County, Illinois. It is important to understand the complex ecological interactions between plants and animals because it will help us predict where people will be more likely to encounter disease-carrying ticks.

The first goal of this study is to evaluate the effects of prescribed burning on tick abundance. I will also assess the impact of changes in vegetation and leaf litter on tick diversity and abundance. Finally, I will document the prevalence of Lyme disease-causing bacteria in ticks collected at the study site. The study treatments consist of (5) units burned in spring of 2015, (5) burned in 2014 and (5) unburned units. Ticks collected will be tested for the presence of Borrellia bacteria using nested polymerase chain reaction (PCR) to copy DNA. Sanger sequencing will be used to read the sequence of nucleotides. After ticks are collected for the 2016 season, we will be conducting a fall burn in the unburned area of forest to evaluate the impact of seasonality of burns.

The funds requested for this project will be used for travel to the study site, for field research materials (tick collecting equipment), and for laboratory equipment. Data collection began for the 2016 season in May and will end in October 2016. Data collection will continue for a second field season beginning in May 2017 and ending in October 2017. The laboratory component of the project involves using Polymerase chain reaction (PCR) to analyze ticks collected for the presence of Borrelia bacteria. PCR makes copies of a DNA segment. Results will be sent to University of Iowa for Sanger Sequencing of the amplified DNA. 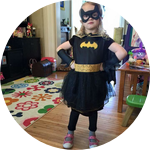 Catherine Miller
Assistant Professor of Biology
Western Illinois University
Habitat change can affect disease ecology in complex ways. Prescribed fire is a commonly used forest management tool, but we need to know more about how this practice might be affecting tick/Lyme disease ecology. Beth and Seán are both excellent scientists, and I am confident that their research will contribute significantly to our knowledge of ticks and Lyme disease. I enthusiastically endorse their project. 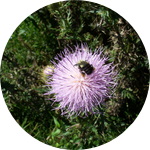 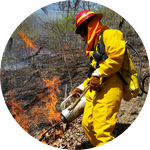 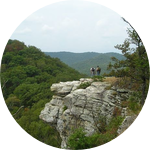 I am a full time graduate student studying biology at Western Illinois University. I am a teaching assistant during the school year and have worked as a research assistant over the summer. My thesis project examines the effects of prescribed burning on vegetation dynamics, along with the subsequent impacts it has on tick abundance. For this project, I will also be using PCR to detect the presence of Borellia sp. in ticks collected.

I am currently working on a second research project that evaluates the effects of sex and body size on ectoparasite load of southern flying squirrels. While working on this project, I have gained experience trapping and handling small mammals.

As a research assistant at the Alice L. Kibbe field station. I have gained experience collecting freshwater mussels in the Mississippi River for a long term study; experience identifying saplings and herbaceous vegetation; and I also have assisted with collecting, sorting and weighing leaf litter for a gastropod study and for examining fuel loads. I have a variety of research interests, but I am most fascinated in the ecological relationships between plants, arthropods,and zoonotic diseases.

My primary research interests lie within the field of landscape ecology, specifically in the effects of fire and other disturbances on the spatial demography of overstory tree species. I am particularly interested in what roles the historical fire regimes, subsequent fire suppression and reintroduction of prescribed fire have played and continue to play in the regeneration dynamics of hardwood trees, especially oaks, and in the overall species diversity of both the overstory and groundflora components of Midwest savanna, grasslands and related communities. I have a wider area of interest in the ecology of forested, grassland and wetland ecosystems, specifically in the role of disturbance and management in influencing population dynamics of both floral and faunal components of these ecosystems.

I am currently using a sweep method to collect ticks every two weeks at the sites. Ticks are frozen, cleaned from sweeps and identified.

The sweep method involves taking a 1 m2 section of flannel cloth, attached to a handle, and dragging the fabric along the ground along two 40 m transect lines in each treatment area.