According to Lung Cancer Statistics from CDC, more people in the United States die from lung cancer than any other type of cancer. The link between vitamin D deficiency and increased mortality to cancer is well established. However, we do not know how smoking might affect vitamin D concentrations and lung cancer progression in patients. The goal of this research project is to study whether or not cotinine from cigarette affects vitamin D concentrations in women.

Last year we conducted an epidemiological research study using the data of over 23000 individuals from NHANES, a program of studies designed to assess the health and nutritional status of adults and children in the United States. We found a correlation between cigarette smoking and and vitamin D deficiency. This confirmed two previous studies. In 1999 Brot et al. found that smoking had a significant effect on calcium and vitamin D metabolism. In 2013 Afzal et al. discovered that concentrations of vitamin D were associated with higher risk of tobacco-related cancer.

Our lab is conducting a new study to test our hypothesis, "How cotinine affect the concentration of vitamin D in women."

"In the 20th century, the tobacco epidemic killed 100 million people worldwide. During the 21st century, it could kill one billion." World Health Organization (WHO) - 2008.

According to the Centers of Disease Control and Prevention (CDC), lung cancer has been the first leading cause of cancer death among women; First among white, black, Asian/Pacific Islander, and American Indian/Alaska Native women; Second among Hispanic women. Because the nicotine in tobacco is addictive, quitting smoking can be challenging.

Nicotine in cigarettes is metabolized into cotinine in human body. Cotinine has a long half-life of almost 20-hours in the blood serum. To study how cotinine affects vitamin D concentration in patients we will be completing two studies.

We will be investigating the interaction between Cotinine and Vitamin D activation in human blood serum. This will be done by utilizing the Cotinine and vitamin D ELISA Kits to study the concentration-concentration effects between the two metabolites.

We will also be investigating the enzyme-product relationship of Cotinine CYP2A6 on Vitamin D activation, and vise versa, using the Vitamin D CYP27A1 activation enzyme on Cotinine.

These two studies will help us to better understand the relationship between Cotinine and Vitamin D.

The budget will be used to purchase the ELISA Kits from Sigma Aldrich and Biocompareto provide the research laboratory for the study to answer the two questions mentioned.

The question that the project proposed by Kiano Manavi addresses a critical health question regarding the importance of Vitamin D in the diet as it relates to pulmonary function. It investigates how smoking or tobacco use might hinder the benefits of the vitamin. To my knowledge, no one has posed the question how cotinine, the metabolite of nicotine, affects activation of the vitamin in the liver. Given the correlation of lung cancer and smoking, interactions of the chemicals involved causing the epithelial cell transformation have not been addressed. This proposed question is a follow-up of his published paper relating serum cotinine, Vitamin D and females smokers and non-smokers from different ethnic backgrounds. 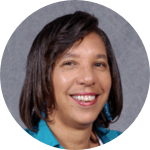 Dr. Brenda Alston-Mills
Professor Emeritus at North Carolina State Unviersity Department of Animal Science
Kiano Manavi offers as yet conducted research particularly in the area of the effects of blood serum cotinine levels in smokers on the level of blood serum vitamin D in both smokers and non-smokers. Mr. Kiano Manavi offers possible research regarding the concentration of vitamin D in the blood serum of smokers as affected by the concentration of cotinine, a metabolite of nicotine, in the same test subjects. This is potentially significant because it may suggest that cotinine affects particular metabolic pathways for the synthesis of vitamin D which, in turn, may affect other important biological functions of the vitamin. To my knowledge, no studies of a similar nature have been conducted in the area of physiology and this study could prove valuable to understanding biological processes. I recommend funding of this portion of his research proposal. 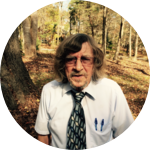 Nutrition enthusiast with interest on Vitamin-D and human health.

1 Lab Notes Posted
Greetings to all. First of all, I would like to... 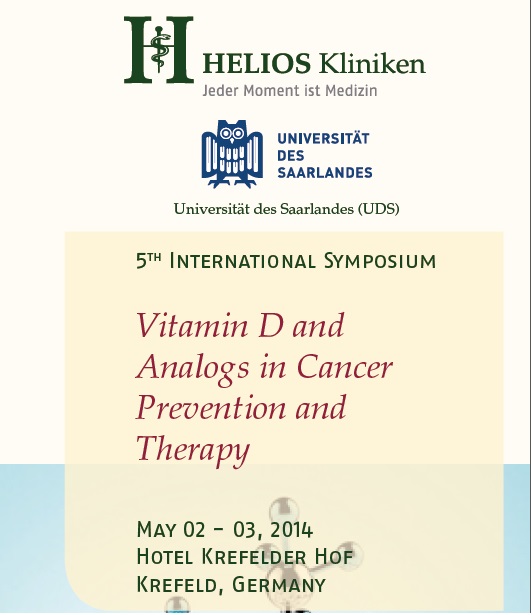 Previous research findings demonstrated that race and gender have effects on vitamin D concentrations in serum. For the first time, results also illustrated that smoking habits among females may also play a role in the vitamin concentration in serum (Manavi et al 2015).

Nicotine, the alkaloid, is found in nature and acts as a botanical insecticide in tobacco leaves (Benowitz et al 2009). The alkaloid contributes to addiction among cigarette smokers. The serum concentration of nicotine rise quickly during a smoke inhalation event and peak at the completion of the event. Nicotine is metabolized in liver by Cytochrome P450 2A6 (CYP2A6) to cotinine. Approximately 70–80% of nicotine is converted to cotinine, which is its primary metabolite and the product of C-oxidation. Cotinine is an excellent biomarker for both active use of tobacco and for secondhand smoke exposure. Cotinine has been measured in a variety of biological fluids and tissues including plasma, serum, urine, hair and nails, with the longest half-life measured in serum (CDC). Cotinine is further metabolized to the Trans-3’-Hydroxycotinine (3HC). A complete nicotine pathway involves two steps. The first is mediated primarily by CYP2A6 to produce nicotine-Δ1′ (5′)-iminium ion, which is in equilibrium with 5′-hydroxynicotine. The second step is catalyzed by a cytoplasmic aldehyde oxidase. Nicotine iminium ion has received considerable interest since it is an alkylating agent and, as such, could play a role in the pharmacology of nicotine.

Figure-1: Metabolism of nicotine to cotinine and trans-3’-hydroxycotinine.

Vitamin D is well known for its involvement in mineral metabolism and bone growth. Calcium-Vitamin D relationship is well known for its hormonal properties that inhibit the proliferation of human cancer cells. The discovery of Vitamin D inhibitory effect on numerous diseases has raised interest in Vitamin D supplementation in cancer treatment and prevention. Observational and pre-clinical studies, both in vitro and in vivo have exhibited the vitamin D anti-proliferative properties of the vitamin in lung cancer. The incidence of the cancer in certain populations was correlated to serum Vitamin D concentrations.

In the liver, pre-hormone Vitamin D (cholecalciferol) is hydroxylated by liver enzyme 25-hydroxylase, CYP27A1, into the major circulating form of Vitamin D, 25(OH)D3. 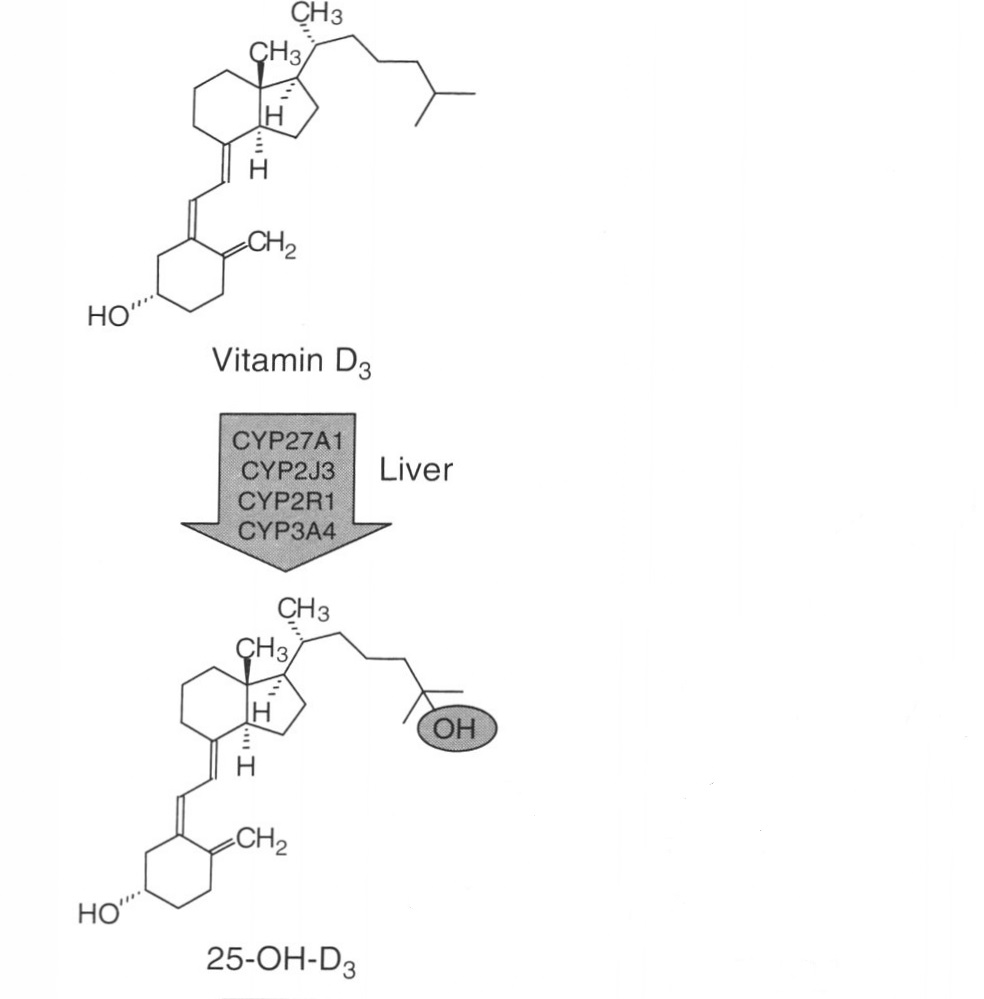 Despite the role that cigarette smoke plays in causing inflammation, lung diseases and cancers, Chronic Obstructive Pulmonary Disease (COPD) and other chronic illnesses, there is a paucity of research investigating the effect of cigarette smoke on Vitamin D status and the role of the vitamin in the respiratory system. In a study by Afzal et al.(2013), it was demonstrated that lower serum Vitamin D was associated with higher risk of tobacco-related cancers but not with risk of other cancers. In a different study by Brot et al. (1999), it was shown that smoking does have a significant effect on calcium and Vitamin D metabolism, which is not likely to be explained by other confounding lifestyle factors. Therefore, the purpose of this research is to initiate series of investigations on effects of cotinine on the major circulating form of Vitamin D, where pre-Vitamin D is converted to 25-OH-D3 as indicated above.

In order to test the sensitivity of Vitamin D detection and its products, we will use the following procedures: