Your liver cleans your blood and plays an important part in digestion. In the USA, fatty liver disease affects one-third of adults and 17% of children and causes numerous health problems. We discovered a novel set of genes with fatty-liver-specific expression (patent pending).

Fatty liver disease (hepatic steatosis) is associated with many cardiometabolic risk factors, such as type 2 diabetes mellitus, obesity, and dyslipidemia. Lipid accumulation in the liver is the first (reversible) stage of nonalcoholic fatty liver disease (NAFLD), and is a major challenge because of it prevalence, difficulties in diagnosis, complex pathogenesis, and lack of approved therapies. Thus, understanding the factors involved in the pathogenesis and pathophysiology of fatty liver disease will lead to a better understanding of the mechanisms responsible for the metabolic complications of obesity and may lead to the discovery of novel effective treatments.

According to the American Liver Foundation, "Liver disease is a leading cause of death in the United States, yet relatively little is known about these diseases compared to other chronic conditions."

Liver disease does not manifest with obvious symptoms or signs until a
relatively late stage. Thus, healthcare providers should continue to
improve their efforts to detect early signs of this disease. However, an
accurate estimate of the full extent of liver disease is not available,
primarily because of a lack of good diagnostic tests.

Using livers samples, we identified gene expression pattern that can act as a marker of fatty liver, a disease leading to serious and often fatal liver conditions, including NASH, cirrhosis, and cancer.

Here, we are excited about the possibility of developing noninvasive biomarkers for rapid and cheap diagnostics that can accurately detect early-stage of liver disease without biopsy.

We will also study gene expression patterns that are altered in organs other than the liver and share our results before formal publication in a scholarly journal.

We are correlating gene expression with fatty liver disease in multiple human tissues. To distinguish tissue- and disease- specific pattern of gene expression we are using data from thousands of tissue samples. The analysis will be run on our internal Linux cluster provided by EpiNeuron, LLC. All steps of the analysis were already tested on liver tissue using over 800,000,000 data points.

This budget is the only source for this project funding. 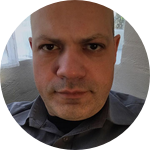 TODO: Deposition of manuscript at bioRxiv that is a free online archive and distribution service for unpublished preprints.

Deposition of the first set of annotated fatty liver biomarkers in lab notes.

Deposition of annotated fatty liver biomarkers from all selected tissues in lab notes.

Deposition of manuscript at bioRxiv. 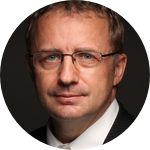 I am genomic scientist who is always on top of recent scientific literature. My greatest asset as a scientist is perhaps my ability to "think outside the box" and work through challenges with great creativity to find answers to complex biological questions. I used genomic- and epigenetic-based approaches to discover novel connection between non-coding RNA, regulated gene expression and DNA-damage machinery in cancer. Recently, I curated clinical sequencing data and quantified gene expression in 9027 samples from human tissues for building genome-scale models, used for analyzing cell and tissue functions both in physiological and in disease contexts.