The environmental costs of fertilizer use in the tropics are understudied. Mato Grosso, Brazil, once an Amazon deforestation hot spot, is expanding Nitrogen fertilizer use for maize production. Fertilizer use can cause NO gas loss (which drives smog and ozone production), and release N2O (a potent greenhouse gas). We will measure these gases at a large commercial farm in Mato Grosso to inform policy in the Amazon region and tropical agriculture.

Meeting the growing demand for food and livestock feed will require tropical regions to intensify agricultural production. However, the environmental costs of agricultural intensification in the tropics are understudied. Within the tropics, one of the most crucial agricultural regions is Mato Grosso, Brazil. Once an Amazon deforestation hotspot, Mato Grosso now contains a rapidly intensifying agricultural landscape covering ~100,000 km2 (about the size of Kentucky) and is now the world’s second-largest soy producer. Mato Grosso is shifting from single-cropping of soy, a nitrogen (N)-fixing legume, to double-cropping of soy and maize, which requires N fertilizer inputs to highly-weathered tropical soil.

Nitrogen fertilizer is often necessary to maintain yields, but it can cause significant environmental problems. For example, nitric oxide (NO) gas loss has significant negative consequences for human health and plant productivity (it drives smog and ozone production), and nitrous oxide (N2O) is a potent greenhouse gas (GHG). To date, researchers have measured N2O but not NO emissions from this agricultural region. Measured N2O emissions are much lower than what we would expect given the fertilization inputs. A study from a different tropical, fertilized agriculture site with a similar soil (but in Kenya) found higher NO than N2O emissions, suggesting that measurements of this smog- and ozone-producing gas at Mato Grosso would be highly informative.

These are the materials I need to complete my experiment. I have another small grant to cover the cost of travel to the site, but I need to buy these materials to do the study.

This is a really cool project. Agricultural expansion has been exploding in Mato Grosso, which will help feed a lot of people worldwide, but because it's so new we don't know a lot about how it will impact the environment. We know that fertilizer use in temperate regions harms the environment in many ways, and now we need more research in places like Mato Grosso so our knowledge of tropical environmental impacts can catch up. Alex's project will be a key piece of this story. 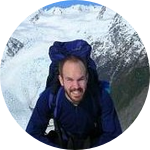 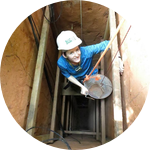 I am a graduate student in Ecology and Evolution at Columbia University. Before graduate school, I worked on agricultural development projects in sub-Saharan Africa for the U.S. Agency for International Development and Technoserve, a nonprofit. Through that experience I became very interested in the ties between economic and environmental outcomes in agriculture. I studied economics as an undergraduate, and I am dedicated to finding environmental solutions that are economically-incentivized. We know that we will continue to require more food for our growing population, and I think it is in all of our interest to determine how to produce food more sustainably.

1 Lab Notes Posted
Getting ready for the field

First, I will go to Brazil this winter to collect the data on N2O and NO emissions. Then I will compare the N2O and NO emissions between the soy, maize, and intact tropical forest plots. If the maize plots are significantly higher than the other two land uses, I will accept the first hypothesis. Then, I will test whether the irrigated plots have higher N2O emissions than non-irrigated plots. If so, I will accept the second hypothesis that irrigation will shift Nitrogen emissions to a greater N2O:NO ratio than non-irrigated plots.

I will disseminate these results in scientific publications and conference presentations. My Brazilian and American collaborators will then communicate these results to Brazilian policymakers and use them to estimate the impacts of fertilizer use in the broader Amazon region and other similar agricultural regions in the tropics.