We are investigating Ritalin's role in alleviating symptoms of depersonalization-derealization (DPDR) disorder, which results from psychological trauma. Currently there is only one case study that has investigated the stimulant class's potential usefulness, reporting an abatement of DPDR symptoms after 4 months. We hypothesize that Ritalin will significantly alleviate DPDR symptoms in participants, particularly those with co-morbid ADHD.

DPDR disorder produces a disturbing sense of detachment from one's body or surroundings, often as a result of psychological trauma. DPDR shares high diagnostic co-morbidity with attention-deficit/hyperactivity disorder (ADHD) due to overlap of clinical features such as inattention and lack of cognitive inhibition. Stimulant medication remains the gold-standard pharmacotherapy for ADHD. No such standard exists for DPDR, and studies measuring the efficacy of pharmacotherapies including SSRIs, tricyclic antidepressants, anticonvulsants, and opioid antagonists in reducing dissociative symptoms have yielded generally unpromising and/or mixed results. These results highlight the critical need for further investigation into pharmacotherapy for DPDR.

DPDR disorder is associated with significant psychological distress resulting from feelings of unreality, emotion dysregulation, intrusive traumatic memory, self-harm, and overall diminished quality of life, and imposes a tremendous economic burden as a result of increased hospitalizations, functional impairment and unemployment, and mental healthcare utilization. Pharmacotherapy is not a mainstay of DPDR treatment, which may be attributable to the scarcity of research.

If Ritalin proves efficacious, it may greatly aid in the stabilization and symptom reduction phase of psychotherapeutic treatment. Ritalin would be an optimal medication with which to supplement psychotherapy, as it is highly accessible, affordable, and commonly prescribed.

The short-term goal of this study, for which we are seeking funding, is to better understand Ritalin's potential efficacy in treating individuals with DPDR disorder. We hypothesize that Ritalin will significantly alleviate DPDR symptoms among participants, and that this may be especially true for those endorsing ADHD experiences.

We will test our hypothesis by recruiting participants from Amazon Mechanical Turk. Participants will be prescreened for current prescribed Ritalin use. Having participants report DPDR symptoms pre-, during, and post-ingestion will enable us able to assess whether and to what extent Ritalin may influence DPDR experiences. Your contributions will enable us to compensate our participants.

Participants taking prescribed Ritalin will be recruited from Amazon MTurk and will complete the Cambridge Depersonalisation Scale, a tool used to gauge momentary DPDR experiences; the State-Trait Anxiety Inventory, a screening tool for anxiety; and the Adult ADHD Self-Report Scale, a self-report tool for ADHD symptoms.

The questionnaires will be taken prior to ingestion, at peak concentration, and post-metabolism of Ritalin. Participants will be compensated through MTurk at the standard rate of .10 per minute. It is expected that each survey administration (3 in total) will take approximately 20 minutes, and the prescreen 2.5 minutes, for a total cost of $6.25 per person, plus processing/panel fees of $2.00. Therefore, the total cost of participant compensation will be 180x8.25= $1485. I have secured $1155 from university funding sources. The remaining $370 is for participant compensation and Experiment.com's 8% platform and 3-5% payment processing fee.

This study will fill an enormous gap in research that could help those with DPDR receive more targeted treatment. 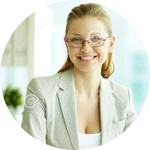 Jess Babcock
ID II
Institute for the Study of Design

An extensive literature review was conducted in October and November, 2018. IRB approval was granted on November 29, 2018. Data collection is set to begin at the end of January and continue through February, 2019. Data cleaning and analysis will occur over the month of February. A preliminary draft will be completed by March 30th, 2019, finalized with co-PI on April 3rd, 2019, and submitted for publication by April 30th, 2019. 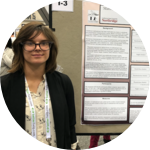 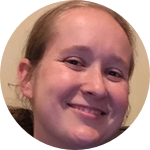 I am a second year graduate student, earning my Master of Arts degree in General Experimental Psychology at California State University Northridge (CSUN). I am also a research assistant in the Researching Emotions Across Childhood Lab, led by Dr. Sara R Berzenski. My master's thesis, "Investigating the Efficacy of Methylphenidate (Ritalin) in the Treatment of Depersonalization/Derealization Disorder," is the study for which I am currently seeking funding.

I began my research career as an undergraduate research assistant, assisting on a study that investigated autonomic heart rate variability in a traumatized and non-traumatized athlete sample. This work sparked an enduring fascination with psychobiology and informed my decision to pursue a career in research.

I have since co-authored three publications: "Violent Crime in the Lives of Homeless Female Ex-offenders," in Issues in Mental Health Nursing, "Quality of Life Among Women Living with HIV in Rural India," in Journal of the Association of Nurses in AIDS Care, and "Correlates of Treatment Readiness Among Formerly Incarcerated Homeless Women," in Criminal Justice and Behavior. I am currently authoring a manuscript, "Maltreatment Chronicity and Personality Disorder Development: Contributions of Physiological and Emotion Regulation," which was recently presented as a poster at the 2018 American Psychological Association.

Dr. Sara R. Berzenski is an assistant professor at California State University Northridge (CSUN) and principal investigator of the Reaching Emotions Across Childhood Lab. She earned her PhD in Developmental Psychology from the University of California, Riverside. Dr. Berzenski's research explores how emotion knowledge and regulation develop in facilitating and adverse childrearing contexts, from a developmental psychopathology perspective. Specifically, she is interested in the processes by which emotional development is altered following child maltreatment, as well as how emotion competence skills mitigate the consequences of such adversity on adaptation. To address these questions she employs diverse quantitative analytic techniques and measurement approaches, and applies a developmental perspective to quantitative issues. Her program of research focuses on child maltreatment, the development of emotion competence, and domains of self-regulation. Dr. Berzenski's selected publications and presentations can be found at: https://www.csun.edu/~sarab/

A placebo-controlled, cross-over trial of lamotrigine in depersonalization disorder

Treatment of depersonalization disorder with clomipramine

Effect of naloxone therapy on depersonalization: a pilot study

A case series of 223 patients with depersonalization-derealization syndrome

The Relationship Between Executive Attention and Dissociation in Children