True fruit flies (Tephritidae) have an economic impact of hundreds of millions (USD) in the USA alone. They feed on a variety of agricultural products and are difficult to manage with pesticides without disrupting management of other pests. I am studying how temperature affects interactions between the flies, competitors, and natural enemies. This study will help us understand the ecology of these flies as well as better control these economically significant pests.

Competition and natural enemies are both important regulators of plant-eating insects, and they are likely drivers of host races and speciation, as new hosts can offer resources with less competition and natural enemies. Temperature affects the relative importance of how natural enemies affect these insects. Global temperatures have been rising, and climate change has potentially broad effects on the interactions between host plant, competition, natural enemies, and herbivorous insects, including tephritid fruit flies. Insect development and metabolism is affected by temperature, which can complicate interactions between competitors, increase host plant and host insect volatiles used by natural enemies to find the fly larvae, and alter both fly and parasitoid behavior.

True fruit flies (Tephritidae) have specialized to develop in a variety of host plants. Many are pests of important agricultural products, with worldwide economic damages for prevention and control in the billions (USD) annually. Their host specialization is also evolutionary interesting, with some (such as the apple maggot, Rhagoletis pomonella) being often-cited examples of sympatric speciation, in which they diverge without a physical barrier. In a changing climate, and with worldwide imports and exports of produce, tephritids have spread to new locations, with some (such as the medfly, Ceratitis capitata) becoming especially important pests.

The funding will be used to purchase equipment. All labor and analysis will be done by myself. Specifically, I will use greenhouse plastic to form passive heating systems in apple and hawthorn trees, as well as in horsenettle (Solanum carolinense) and cherry peppers to test the effects of temperature on competitive interactions and parasitism rates. Insect netting will be used as a control, to provide a similar barrier without increasing temperature. Data loggers will be used to track temperature, as well as to ensure that any rise in humidity is not significant enough to provide a confounding factor. Plant pots will be used to grow some of the host plants in a university greenhouse. Full experimental design can be found here. Start date: 7/1/2017, end date: 9/30/2018.

Data loggers are essential for real time monitoring of temperature and humidity among the treatment types, especially in my field experiments.

Inexpensive nursery pots will be used to hold some of the host plants for heat and natural enemy experiments.

Experiment.com charges a 5% platform fee plus a 3-5% payment processing fee, which comes to approximately $40.

I'm Sarah's PhD advisor, and I think Sarah's project is really important - and cool. My own research is on the genetics of how "true" fruit flies (pests like the apple and blueberry maggots, not pesky banana flies in your kitchen) adapt to new fruit species and become new pests. But Sarah is branching out in a new direction, resolving the tangled ecology of the flies, their fruit species, their competitors, and all the parasites. Here lies real opportunity for new control approaches. I'm totally confident she will do great work. 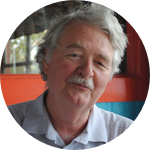 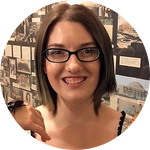 I am a PhD student in the University of Illinois Entomology program. I received my master's degree in 2016 through the same program, with work on chemoreceptors in flies. I am passionate about insects, and I love to share that passion outside of the scientific community! I have served as our department's outreach coordinator for two years, and have been heavily involved in public science outreach in the community. As of this summer, I will have worked two summers at our local pollinator museum, helping to expand their outreach programs and acting as a weekend docent. I also participate every year in our department's primary outreach program, the Insect Fear Film Festival, in which we have thousands of attendees annually to watch arthropod-related movies and short films, pet and handle insects, participate in insect themed art contests, and more.

My specific research questions are: