Traditional economics assumes that people’s consumption of external goods, like food and housing, determines a person’s wellbeing. But much of what affects people’s wellbeing are their thoughts. Some thoughts feel good and other thoughts help a person to achieve their goals. Because people cannot have all thoughts simultaneously, there is a tradeoff between having different kinds of thoughts. In our study, we will record people’s thoughts and analyze them according to an economic framework.

Advances in behavioral economics have developed models that include people’s beliefs, such as allowing preferences for consistent beliefs, for beliefs about the future, over other people's beliefs, over one's beliefs about one's ability, and over expectations of consumption. However, beliefs and thinking are not the same things and one can have beliefs about some future event and independently vary the extent to which one thinks about it. Economics has no framework for understanding thinking.

We propose that thoughts relate to wellbeing in two ways. First, thoughts can be consumed directly, such as how recalling a good memory can make us happy. Second, thoughts can be productive, like an intermediate good: an input to achieve some goal.

Economics lacks a framework to understand thinking despite its importance in determining behavior and welfare. This proposed project connects thinking to traditional economic models of how people make everyday choices and for how people spend time.

It is likely that people take consequential actions to think or avoid certain thoughts, and it is important for economists to be aware of this. People faced with troubling thoughts may take actions to distract themselves, such as through drug abuse or workaholism. An economic understanding of thinking may help scientists to better understand these behaviors and how they affect welfare. Establishing patterns of thought may stimulate new hypotheses about the functions of consciousness.

The goal of this project is to provide initial data that could facilitate the development of an economic framework of thinking.

We will use the experience sampling method to survey people by beeping them on their smartphones at random points throughout the day. We will collect thoughts, their purported cause, current activity, and subjective wellbeing.

Thoughts will be categorized into consumptive or productive thoughts. We will analyze the distribution of thoughts by gender and over the lifecycle. We will estimate the association between thoughts and wellbeing. Ultimately, we will be able to model the economic structure of thoughts and the tradeoffs between having different kinds of thoughts with various statistical analysis methods such as logistic regression.

We need 200 people to participate in our experiment, and compensation is necessary to offset the time and inconvenience of their participation, as well as to serve as an incentive to participate. Participants will be paid about $20 each. There are also additionally fees associated with the subject platform (e.g., Prolific/mTurk) (33%), and experiment.com's fee (11%). Total expenses will be close to $7000. Additional funds come from the PI's budget.

Most relevantly, the PI believes in the project so much, he will be contributing several thousand dollars out of his pocket.

The $3,000 raised here on experiment.com will go entirely to fund participant compensation.

I am really excited about this project. The design is solid. I cannot think of a better research team to tackle these questions. I look forward to seeing the data. 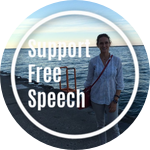 This project will start in Oct 2021 with an intended end date of Sep 2022. Over this period, we will conduct an experiment to record the thoughts of 200 people, analyze the results and build an economic model.

Programing, ethical approval and other preparations-Done! 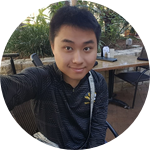 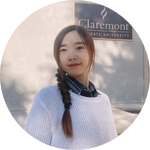 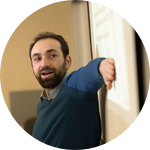 I am currently a PhD student at Claremont Graduate University studying behavioral economics. More specifically, I'm interested in the economics theory that how and why human-beings developed conscious thoughts.

Shanshan is a Ph.D. Student in Behavioral Economics at Claremont Graduate University. Her research focuses on the influence of thoughts on behaviors and wellbeing. In the scope of this project, her main interest is to understand the tradeoff between having different thoughts.

Joshua Tasoff is an Associate Professor of Economic Sciences at Claremont Graduate University. His specialization is in behavioral economics. He has worked on a variety of topics including beliefs, information preferences, cognitive errors, food choice, and retirement savings. His papers have been published in prestigious outlets including Management Science and the Journal of the European Economic Association. He received his PhD from UC Berkeley and his SB from MIT.

The economic framework to be used will be a traditional consumer theory framework, in which individuals have a fixed budget of time and must choose how to allocate it towards different kinds of thoughts and activities. There is a bundling issue, in which one's activities may also determine one's thoughts. For example, a person may have difficulty thinking about something fun and enjoyable when working on a challenging task at work. This is akin to product bundling, like how cable services bundle TV channels together. We will estimate the extent to which thoughts are "free" and to what extent they are bundled with the activity.

Activities and thoughts could be productive (instrumental) or directly consumptive. We will have participants categorize the kind of activity and thoughts they are engaged with. This will allow us to know to what extent people are doing one or the other. By associating the two kinds of thoughts with wellbeing we can estimate the instantaneous "wellbeing premium" associated with consumptive thoughts.

The economic framework can provide a useful way to conceptualize how people choose what to think about. It can help inspire future questions about how people choose their thoughts, using analogies in economics from other choice problems, like the choice of consumer goods.