This experiment builds on the results of Tankard & Paluck (2017) and re-examines the finding that court decisions shift perceived societal norms but not personal attitudes under the context of a new court case. It was hypothesized that the 2019 Students for Fair Admissions v. Harvard federal court decision, which addressed whether Asian-Americans were being treated fairly during Harvard’s undergraduate admission process, would have a significant impact on perceived societal norms, but not on personal attitudes. 123 participants were recruited through Amazon Mechanical Turk. These participants responded to three waves of surveys, one wave prior to the court decision and two waves following the decision. The results of this study indicate that neither perceived status quo norms nor personal attitudes regarding race-blind admissions significantly changed based on the SFFA v. Harvard federal court decision, although there was a nonsignificant shift in perceived status quo norms that matched the pattern seen in the results of Tankard & Paluck (2017).

The Impact of the Students for Fair Admissions v. Harvard Federal Court Decision on Personal Opinions and Perceived Norms

My experiment builds on the results that the SCOTUS decision regarding gay marriage changed perceived social norms in favor of gay marriage, but did not affect personal attitudes. My hypothesis is SFFA v. Harvard, which addresses whether Asian-Americans are treated fairly during the college application process, will have a significant impact on perceived societal norms, but not on personal norms.

In 2017, researchers measuring the impact of the 2015 Supreme Court case regarding gay marriage found that perceived social norms changed in response to the decision, although personal norms did not. More broadly, that study sought to better understand whether certain factors, such as institutional decisions, have a significant impact on perceived social norms. My study explores whether the same effect is found with a different case, the SFFA v. Harvard federal court case, regarding whether Asian-Americans are treated fairly during the college application process.

The participants for this study will include a random sample of Americans, recruited through Amazon Mechanical Turk, as well as a group of teachers. The final sample size is estimated to be 200 Mechanical Turk users and 50 teachers.

For the Wave One survey, 500 participants will be each be compensated 45¢.

This project is the product of a dedicated student seeking to answer an essential question about perceived norms. Ella has dedicated the last year to developing an ethically sound and well controlled experiment. I fully endorse her endeavor and hope that you will share in the support.

Data collection from the 200 Mechanical Turk participants and 50 teachers will span from early February to 3-4 weeks after the SFFA v. Harvard decision is announced. The first survey will be sent out in early February and the timing of the 2nd and 3rd surveys depends on the date that the decision comes out.

Following data collection, the results will be analyzed during late spring and summer.

Final data will be presented by Fall 2019.

Send out Wave One Survey

Final Data to be Presented 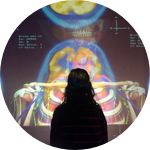 I am currently a student at Princeton High School in New Jersey. I am a third year member of my school's research program which allows a select group of students to explore any field of science that is of interest to them. My projects explore the topics of shifting social norms as well as media coverage of genocides.