Increasing urbanization can negatively impact wildlife health and alter disease transmission, making it crucial to understand and mitigate human impacts on wildlife health in cities. I am assessing different dimensions of human impacts on coyote health, including dietary shifts and rodenticide exposure, across natural and urban landscapes in Los Angeles. A better understanding of these interactions will help direct wildlife management, public health and conservation policy.

Recent Los Angeles (LA) area research demonstrated that urban coyotes use more human associated diet sources (e.g. human food and ornamental fruit), but the health effects of this dietary shift, in conjunction with other urban impacts, such as changes in landscape use and toxicant exposure, remains unknown. Since LA is made up of very diverse environments and coyotes can inhabit a variety of landscapes ranging from natural to urban, LA coyotes present an ideal study system for the intersecting effects of urbanization, diet, rodenticides, and pathogens on wildlife health. We will assess the different dimensions of anthropogenic impacts on coyote health across a diverse urbanization matrix, with direct applications to urban pathogen control, conservation, and wildlife management.

Results will directly inform local veterinary, wildlife and public health agencies since coyotes are potential carriers of zoonotic diseases (which can be transmitted from animals to humans; e.g. leptospirosis) and diseases that matter for wildlife conservation (e.g. canine distemper). This study also addresses key knowledge gaps regarding the health effects of rodenticides in urban coyotes, which is relevant to local wildlife conservation since rodenticides impact more sensitive non-target wildlife (e.g. local mountain lions and bobcats, both of which have experienced fatalities due to rodenticides). Fortuitously, a recent rodenticide ban also presents a rare opportunity to assess the success of a science-based conservation policy by comparing rodenticide levels before and after the ban.

I am trying to test a total of 60 coyotes across the Los Angeles region to achieve the goals of this project (30 before & 30 after rodenticide ban AB-1788).

As part of my PhD, I have already completed pathogen testing in 30 animals before the rodenticide ban, with a suite of results that includes zoonotic diseases (e.g. Salmonella and leptospirosis) and diseases of conservation concern (e.g canine distemper). To supplement these results and answer further questions, I need to test coyote whiskers for stable isotopes (indicating how much of their diet was anthropogenic, or human associated) and liver samples (for an anticoagulant rodenticide screen). Stable isotope and rodenticide testing cost $185 and $170 per animal, resulting in a total study cost of $11,100 + $10,200 + $4500 (for pathogen testing in remaining animals) = $25,800. I have $15,000 in external funding and am hoping to supplement this to reach my goal.

This research will examine our complex interactions with urban wildlife and provide valuable data on the effects of public policy. Dr. Helman's project results will have implications for how wildlife are managed and has the potential to shape policy around urban biodiversity conservation. Dr. Helman has developed the skills and built the relationships among agencies and institutions necessary to conduct this research, making her uniquely qualified to complete this project. 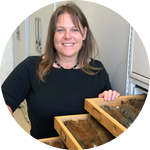 Kayce Bell
Curator of Mammalogy
Natural History Museum of Los Angeles County
Dr. Helman, having worked in this system during her PhD, is perfectly suited to tackle these difficult questions regarding anthropogenic impacts on wildlife health and conservation. By focusing on coyotes – present throughout LA county - as an indicator for less common species, she can extend her findings on health risks faced by coyotes to the more sensitive species of conservation concern. In a time of rapid urbanization and increased human pressures on wildlife, results from this study will help guide wildlife management decisions. 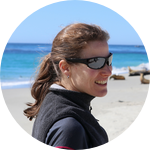 Katie Prager
Associate Researcher & Adjunct Assistant Professor
UCLA Department of Ecology and Evolutionary biology &Tufts University
This study will shed light on a crucial issue facing coyotes (and other predators) in urban settings like LA. Human impacts from rat poison to habitat destruction are placing these valuable species under heavy pressure, and we need to understand the consequences for wildlife health to figure out how to conserve our precious urban biodiversity. Dr. Helman is the perfect person to lead this work, building on her years of experience studying LA's wildlife at UCLA, and drawing on her skills as a veterinarian and ecologist. 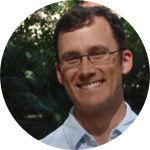 This is a two year project. During the first year, I will collect coyote samples from throughout the Los Angeles area. I will also do diet and rodenticide testing of a selection of animals from before the rodenticide ban (enacted in 2021) to get a baseline, which we will use to compare to samples collected from 2022-2023. In the final year, I will analyze all new coyote samples, and run all analyses to answer our research questions.

Analyze all samples in pre-ban coyotes

Have collected samples from 30 new coyotes 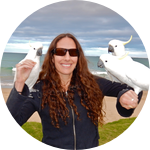 This project is a collaborative research effort between the UCLA La Kretz Center for California Conservation Science, the Lloyd-Smith Lab, the National Park Service, and the Urban Nature Research Center at the Natural History Museum of Los Angeles County.

After obtaining my undergraduate degree from Boston University in 2006 (B.A. Biology, specialization in ecology & conservation biology), I went on to veterinary school at the University of Edinburgh, Scotland (class of 2010). I spent 6 months volunteering as a veterinarian in Central America before accepting a position as a small animal veterinarian in Queensland, Australia. While working near the Great Barrier Reef I volunteered with a local sea turtle rehabilitation organization, which increased my interests in coastal environments and wildlife conservation ecology. I decided to pursue a PhD in research focusing on wildlife disease ecology, giving me the opportunity to contribute to research on pathogens that affect both wildlife and human health. I joined the James Lloyd-Smith lab at UCLA, a dedicated group of people researching the ecology of zoonotic diseases (diseases that can be passed between humans and animals, including my bacteria of interest leptospirosis). I am now utilizing my background in ecology and veterinary medicine to conduct disease surveillance mammals along the California coast. I am finishing my PhD in the Lloyd-Smith lab this June, after which I am starting a 2-year postdoctoral fellowship, working on this project with the La Kretz Center for California Conservation Science to better understand anthropogenic impacts on local coyote health. These surveys are a critical step in identifying the prevalence of diseases in different mammal populations and understanding factors that impact diseases in wildlife, and results will directly inform wildlife, veterinary and public health agencies in California. I'm extremely grateful to be working on such an exciting project with an amazing team of collaborators and fantastic undergraduate students (the future doctors and scientists of the world) as we continue to learn more about local wildlife populations.

Thanks for your interest!!

A huge THANK YOU to everyone! We won the contest & are...

Note: All liver and whisker samples will be obtained from animals that died or were euthanized due to other causes (e.g., traffic fatalities).