Updates and news from the project

Our research project aims to characterize a case of hybridization between two species of colorful warblers that inhabit Andean forests: the Spectacled and Golden-faced Redstarts. By describing how plumage, song and genes vary through this hybrid zone, I will be able to address key questions like: Do phenotypic and genetic variation coincide? Does plumage coloration and song vary in parallel across this hybrid zone? Lastly, what is the relative importance of these signals for communication?

Birds use both color and songs in communicating with individuals of their own species. Therefore, differences in terms of color patterns or song structure act as barriers that prevent reproduction between individuals of different species. However, sometimes these barriers are incomplete and hybridization occurs, leading to the existence of individuals with an intermediate appearance, a phenomenon that has fascinated biologists and bird-watchers for decades. Describing color, song and genes simultaneously in avian hybrid zones allows one to make inferences about which type of signals are more important for communication and effective as barriers to reproduction, thus contributing to the understanding of how species originate and how they are maintained apart once formed.

Our study aims to characterize in detail hybridization between two species of Andean warblers. This study will be one of the first to jointly describe variation in song, colors, and genes when describing avian hybrids. This research will be a base for future studies on behavior and species recognition in these Neotropical warblers. It will also contribute to a more comprehensive understanding of the role of communication-related traits in hybridization dynamics and the process of species formation. This project will also help determine if the Golden-Fronted Redstart and the Spectacled Redstart are indeed two distinct species or if they should be treated as only one, thus contributing to bird taxonomy.

In this research project, we aim to describe the Golden-fronted Redstart x Spectacled Redstart hybrid zone, considering plumage colors, song and multiple genes. By doing so, we will be able to assess the relative importance of different traits (song and plumage color) for communication and reproductive isolation. Lastly, we aim to evaluate the extent of hybridization between these two species of Neotropical warblers, using genomic data.

We are conducting fieldwork throughout the range of the hybridizing species, which involves visiting more than 18 localities in Colombia and Ecuador. We have already received some limited funding, but more funds are necessary to cover field work expenses in the northern part of the hybrid zone, as well as sequencing services.

Conducting field work in this area is necessary to fully describe the geographic extent of the redstart hybrid zone. Sequencing service expenses will enable me to characterize variation in the DNA of pure and hybrid individuals using a procedure called genotyping-by-sequencing, which allows one to examine thousands of regions across the genome. This genomic information will be used as a reference to examine geographic variation in color, plumage pattern and song to assess their relative importance for communication, and may allow me to identify regions of the genome responsible for differences between species in their phenotypes (plumage and song).

This project takes an interesting approach to a long standing question in evolutionary biogeography that will surely bring exiting insights to our understanding of hybrid zones. 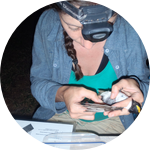 Valentina Gómez-Bahamón
PhD Student
University of Illinois at Chicago
Studying a hybrid zone system that allows testing predictions on how genes, plumage, and songs evolve during the process of speciation is an outstanding opportunity. As a former member of Laura's current lab, I know that this is a well-thought research that is guaranteed to give exciting discoveries and contribute to our understanding of species formation and diversity in the Andean biodiversity hotspot. 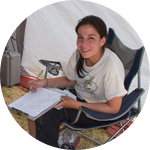 Natalia Gutiérrez-Pinto
Ph.D. Student
Storz Lab - University of Nebraska Lincoln
This project will have a tremendous impact in our understandig of a long standing question in evolutionary biology: How do species form? Hybridization is thought to be as a force opposing speciation, however, sometimes species remain separated despite gene flow. Hence, understanding how genes and species' recognition channels (such as color and song) evolve in a hybrid zone will help to clarify the mechanisms that generate and maintain diversity. 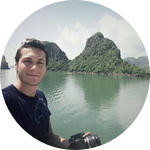 Santiago Herrera
MSc Student
Universidad de los Andes
The Andes are a critical biodiversity hotspot for birds and other taxa, yet their taxa still receive less research attention than Northern hemisphere species. This project will help to unravel the mechanisms that may have led to the high rates of biodiversity in Andean bird taxa, and have important ramifications for our understanding of how species evolve across all taxa world-wide. The researcher and lab conducting this study are highly knowledgeable about Andean birds and produce quality research and are ideally located in Colombia. 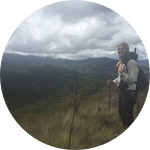 Jenny Hazlehurst
Post-doctoral Scholar
University of California, Davis
Laura is an ornithology student in her M.Sc. at Universidad de los Andes. She is a passionate, competent and highly motivated scientist. Laura has the skills and talent for meticulous observation, and the easy facility with modern scientific experimental design and high-tech laboratory analysis techniques, that are uniquely placed to undertake the work described in her project. I am certain that given the necessary funding she will achieve her objectives. I believe this is an exciting project that will enable new and interesting discoveries. 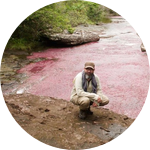 Lucas S. Barrientos
Ph.D. candidate
Universidad de los Andes
The Colombian Andes hosts a tremendously high diversity of birds and in many cases the ranges of closely related species spatially overlap. What happen when bird ranges overlap? Do they hybridize? Do they display isolation mechanisms? Laura's project will provide novel information on the dynamics of a bird hybrid zone in a megadiverse region never explored before. Laura has demonstrated in the past to be a smart, responsible, and had-working student, and I am confident that she will succeed with her project goals. 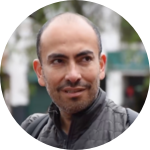 Carlos E. Guarnizo
Lecturer, Science Communicator
Universidad de los Andes, Bogotá, Colombia
Studying genetic and phenotypic variation across a hybrid zone provides a powerful approach to understanding how new species are formed, and (more critically) how they are maintained. I believe that the prospects that this study will lead to interesting results and insights in this area are very strong. Lastly, this project will help add another data point to a growing understanding of the relative role of auditory (song) and visual (plumage) signals in establishing reproductive isolation between songbirds. 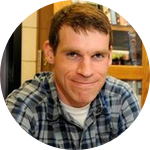 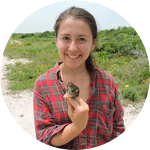 We are biologists working at Universidad de los Andes (Colombia), where we study the evolution of Neotropical birds. We employ a variety of approaches to understand processes shaping current patterns of bird diversity, such as speciation and hybridization. Below, the team members:

I was born in Colombia, in a small city in the north of the country called Bucaramanga. Since I was a child I have had a strong interest and passion towards nature, which ultimate led me to choose biology as my career path. During my undergraduate studies I got involved in birdwatching and I have not stopped ever since. I also developed a strong interest for evolutionary biology, ecology and animal behavior. As my undergraduate thesis project I studied coloration in Colombian tanagers, and how their coloration can vary with changes in predation pressure. During the development of this project I had the opportunity to learn about many techniques to study birds in the field as well as in natural history museums. After graduating, I worked on several projects as a field tech in ornithology in both Colombia and Peru: Manu National Park (Peru), Sierra Nevada de Santa Marta (Colombia), and in the eastern plains of Colombia. After almost two years of field work, I started my masters here in Colombia, at Universidad de los Andes where I am currently enrolled. 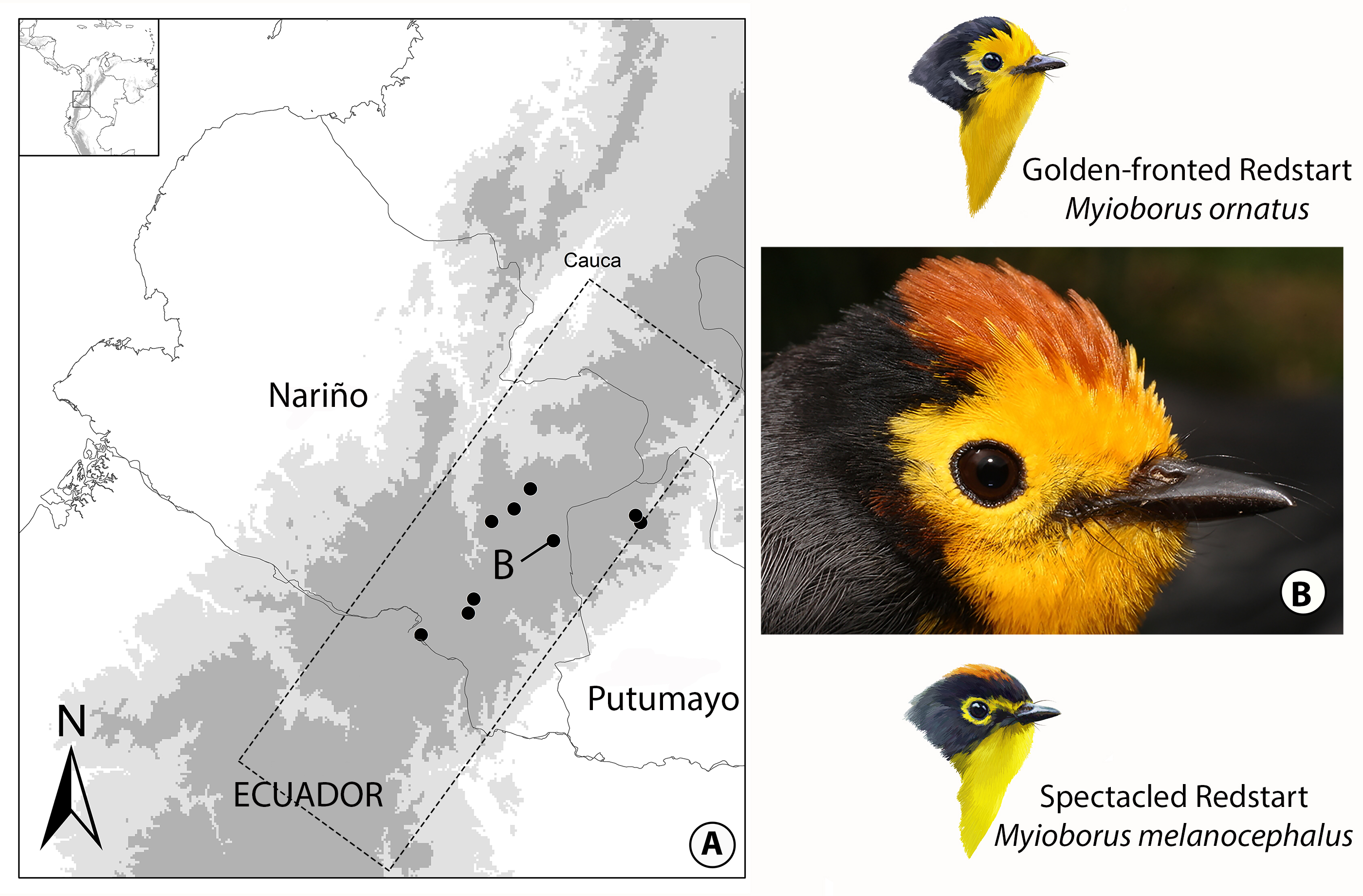 A) Sampling localities visited during our preliminary field season at the putative hybrid zone in Colombia. The rectangle denotes the complete area that we will explore in the development of this research project. B) Individual from the locality depicted in the map, showing an intermediate appearance between the Golden-fronted Redstart (top) and the Spectacled Redstart (bottom): presence of rufous crown (like spectacled) but yellow face (like golden-fronted). Illustrations correspond to the subespecies that hybridize in the area. Photo credits: Andrés Cuervo (B). Illustrations by Maria Paula Bustamante.

Do you want to hear the hybrids singing? Here is one of our recordings

Some pictures of our field sites. These warblers inhabit high elevation habitats such as andean forests and scrub near the treeline