We plan to explore the ways in which male fans of My Little Pony (Bronies) construct and perform a Brony identity within the context of the larger community at Brony conventions. No reputable studies have been carried out to estimate how many people self-identify as Bronies, though nearly 10,000 people attended last year's Bronycon, the major Brony convention in the United States.

This is a pre-dissertation exploratory study of an under-studied (though widely discussed in the mainstream media) community. We know that My Little Pony has amassed a dedicated cult following of young adult, heterosexual men, but we know very little about the overall significance of this community or the ways in which Bronies develop and claim this unique identity. This research will serve as a stepping stone for a later dissertation on male fans of My Little Pony and the state of American masculinity, gender performance, and stigma management.

Bronies are a major cultural force right now. Go to any major retailer, and you'll be inundated with My Little Pony paraphernalia. The conventions that are the subject of this study draw thousands of people from around the United States and beyond. Considering the founder of the largest convention, BronyCon, considers the Brony movement to be a "men's version of feminism," it is likely that there is something important here to uncover about masculinity and feminism.

Both of the researchers are graduate students who would not be able to afford paying out-of-pocket to carry out this study. Although travel grants are available to graduate students in our department, these are intended to help students present at conferences, not attend conventions to carry out research. Though we have explored multiple avenues for funding, we still have yet to come up with the money to cover our convention registration. The first convention is in mid-May (Midwest Bronyfest-http://www.mwbfkc.net/), so please consider donating to help fund this project!

We've made our original goal but could still use money to help cover our travel costs! 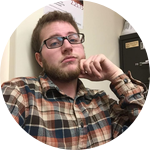 Zak and Lori are both PhD students in sociology at Purdue University. Zak primarily studies gender and deviance, while Lori studies gender and emotion work. Zak was searching for a dissertation topic when he stumbled upon Bronies and became fascinated by this social movement dedicated to changing definitions of masculinity that had cropped up in such an unlikely place (a fandom dedicated to a TV show!). Lori, who had already had an interest in Bronies, agreed to join this exploratory project to lend a hand and explore the ways in which this phenomenon may intersect with her previous research on gender and emotion work.

Outside of research, Zak enjoys playing computer games, watching Game of Thrones, and blogging. Lori spends her spare time volunteering with animals and working on her dissertation.