When people first colonized the Americas has long been a contentious subject. The relevant record in South America is less well known than in North America. This project hopes to help rectify this by using luminescence dating, a method based in solid state physics that is commonly used for dating sediments to their last exposure to light, to five sediment samples from sites in Sao Paulo state, Brazil. The sites have bearing on early occupation in South America.

Few archaeological issues have been more contentious than the original settling of the New World. While many scholars now accept that the Clovis industry of North America no longer represents the first Americans (Waguespack and Kelly 2014), the extent and nature of pre-Clovis and Clovis-aged settlement is poorly known, particularly in South America. The South American evidence is of interest because the artifact assemblages are so different from Clovis that arguing that one derives from the other is difficult. Luminescence is important for dating these sites because of its ability to detect post-depositional mixing as well as providing an age.

Although luminescence dating has been applied to sediments from paleoindian sites in South America for twenty years (mostly by out lab, e.g., Feathers 2010), all of this has been in the northern and central parts of the continent. But southern parts have ample evidence of paleoindian occupation that can benefit from chronological studies. The sites investigated in this problem, from Sao Paulo state, southern Brazil, have particular significance because they sit at the intersection of the distributions of three long- recognized paleoindian lithic styles. The styles range in the same age as Clovis but are technologically distinct (Araujo 2015).

The goal is to provide single-grain quartz luminescence dating to five sediments from two sites. Besides providing ages, single-grain dating has the potential to detect mixing from post-depositional processes, processes that might also affect other chronological information such as radiocarbon dates. Together, the two dating methods can provide a robust chronology of the sites. These are small steps to a larger goal of providing better chronological standing of paleoindian occupation in South America and to showing the difficulties of adhering to the idea that the Clovis industry represents the oldest human artifacts in the New World.

Costs for luminescence dating samples in our laboratory are $1000 apiece. We plan to date five samples from two sites as the latest installment of a multi-year research project dating samples from paleoindian sites in Brazil. This research has been ongoing for 15 years.

The importance of luminescence dating in the age assessment of archaeological sites in tropical areas is becoming more and more apparent. Dr. Feathers work on the topic is mostly welcome, and I hope we can work together. 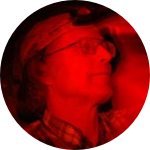 I began work in luminescence dating as a graduate student. After receiving my PhD in 1990 from the University of Washington, I had a post-doc at the University of Maryland luminescence laboratory in 1992-3. I became director of the luminescence laboratory at the University of Washington in fall 1993, a job I have continuously held to the present. Our laboratory processes some 300 samples per year. I have more than 70 peer-reviewed publications, most of them on some aspect of luminescence dating. My main expertise is in the application of luminescence dating to archaeological problems. I was recently invited to address the 14th International Conference on Luminescence Dating and Electron Spin Resonance (Montreal, 2014) on dating of archaeological sediments. I also have a chapter on that subject in the Encyclopedia of Scientific Dating Methods (Springer, 2015). I have done dating work on all seven continents, but have been particularly focused on South America