Making meaning has been shown to decrease anxiety, ameliorate the effects of trauma and generally create a sense of well-being. Marital satisfaction is predicated on the level of happiness the individuals feel about their marriage, the couples perceptions and beliefs regarding marriage and the quality of their marital interaction. Could the underlying cause of the marital dissatisfaction be the couple’s inability to make meaning?

The National Marriage Project at the University of Virginia, which was created to consolidate research and report on marriage and family issues in the United States, reported in their annual “State of the Union” (2012) that marriage is a 50/50 proposition. Life stressors as well as normal life transitions are a source of stress for relationships which result in lower marital satisfaction (Lavee, McCubbin &Olson, 1987). However, the mechanism of how stress affects marriages is not clearly defined. The theory driving this research is that the ability to make sense out of these stressors and transitions is key to marital satisfaction.

Forty one percent of all first marriages, 60% of all second marriages and 73% of third marriages end in divorce. The reasons cited most often are lack of commitment, infidelity and irreconcilable differences due to excessive arguing. The emotional and financial effects of divorce are overwhelming. Finding the behaviors and mechanisms as well as the best predictors of marital satisfaction will help mental health professionals better address couples.

The ultimate goal of this project is to find the best predictor of marital satisfaction. This will allow further research of how to employ this knowledge into a psycho-therapeutic technique to better serve couples.

The research will be conducted on-line through a survey site that will host the questionnaire as well. The Gold Package of Survey Monkey also collects and codes the data for easy upload to SPSS. My current computer is missing the "I"
and it is so hard to write a whole article without using that vowel or getting shocked every time I do. The updated SPSS Grad Pack will also be purchased to handle the statistical analysis. Also, to reach as many people as possible, on-line advertising will be used to promote the questionnaire. 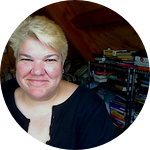 I have worked as a psychotherapist for over 25 years. I have a Bachelors and Masters in Psychology/Counseling and am completing my coursework for my Doctorate in Psychology. In my work I have worked with countless couples in distress. I began writing about relationships professionally 5 years ago. That work has driven me to go back to school so that I can research this topic to find real answers to what makes relationships work.
I have been happily married for 25 years and have 3 kids. I enjoy writing, playing baseball with my boys and social media networking.

I want to know what make people tick. My work as a therapist was fascinating but I always wanted to do more research to ask the questions and get the answers as to why we do what we do. As a doctoral student, I have focused my attention on meaning and how making meaning seems to be the answer to what ails us. Silver lining thinking is not being a Pollyanna but a viable way of staying mentally healthy. Combining my research with my years of writing and speaking about relationships is a dream come true.