This study seeks to explore the relationship between unconventional natural gas development (UNGD), otherwise known as 'fracking', and several types of health outcomes: respiratory, cardiovascular and neurological diseases. UNGD has been shown to be associated with increases in many types of air pollutants, all of which have adverse effects on health. Therefore, it may be reasonable to hypothesize that living near a UNGD site could result in a risk to one's health.

The US holds large unconventional gas reserves in impermeable shale formations and accounts for a majority of all commercial shale gas produced in the world. Currently, there are 1.2 million active oil and gas wells in the US. This number is likely to increase, as production levels of shale gas are forecast to grow by 136% over 2014 levels by 2040. UNGD is exempted from the Clean Air Act. However, studies which have assessed the effects of UNGD on air have brought to light serious concerns. In addition to volatile organic compounds (VOCs) and methane, UNGD has been associated with increases in particulate matter, smog, nitrogen oxides, sulfur oxides, carbon monoxide, and formaldehyde, all of which have adverse effects on health.

By studying the broad range of conditions that we have set out to assess, our study has the potential to make a significant contribution to the small, but growing literature base which has explored the relationship between UNGD and various health outcomes. Furthermore, our study will be the first to explore the association between UNGD and cardiovascular and neurological diseases. If we are able to demonstrate a positive relationship, our results may suggest a broader impact of UNGD on health than has been established to-date. This would indicate a need for further assessment of health outcomes, but potentially, also a need for re-evaluation of the regulations and policies targeted to UNGD.

We will use a state-level claims database, as well as publicly available UNGD well data, to explore the relationship between UNGD and three different disease categories: respiratory diseases, cardiovascular diseases, and neurological diseases. We will assess health effects within the context of exacerbation or aggravation of symptoms associated with each condition, employing the use of statistical techniques which leverage measures of proximity, as well as time. We hypothesize that individuals who live near a UNGD well pad are at increased risk of deterioration of their disease, exacerbation of associated symptoms and will be more likely to experience hospitalization for a primary diagnosis related to one of the disease categories of interest.

Our study will take advantage of a pre-existing state-level claims database, which contains multiple years of data, as well as the diagnosis codes, procedure codes, and medication information necessary to identify patients who have the health conditions of interest. This will be the first study to employ the use of such a dataset in order to study this particular topic area, and will provide a significant advantage over the few studies which have been published to-date. This dataset is the only item which we need funding for, and which we could not conduct our study without.

This is a critically important study that will help determine the implications of fracking on human disease. With a rising number of fracking wells being constructed across the United States, we need to understand the relationship between fracking and the health and well-being of individuals. Charlotte is uniquely qualified for this project with her dedication to research and impressive statistical capabilities. Most importantly, she has the rigor and integrity required to conduct a systematic and high-quality study on this topic. 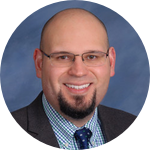 First manuscript on respiratory conditions to be submitted

Like with any interdisciplinary research topic, an interdisciplinary team is needed as it is unlikely that a single researcher has the environmental health, statistical, and health services research expertise needed to appropriately inform the study. I have assembled a team of researchers from Northwestern, University of Chicago, and University of Colorado, who bring significant environmental science, as well as biostatistical expertise, to the project.