In mid Miocene time, 8 to 10 million years ago, a diverse assemblage of fish lived in Lake Idaho, on the western Snake River Plain. My project is designed to test the linkages of these fossil fish by learning about drainage directions during this time of volcanism of the Yellowstone-Snake River Plain hotspot, and Basin and Range extension. The ages of detrital zircon grains in sands deposited in Lake Idaho will test their provenance, and prove from which geologic terranes they were derived.

There are abundant fish fossils, including Cutthroat Trout, in the Chalk Hills Formation from the Miocene of the western Snake River Plain, but no live fish today. The drainage paths which fish used to populate ancient streams are not known. We do know magmatic activity of the Snake River Plain hotspot was active and that drainage divide has migrated northeastward to its present location beneath

Yellowstone Park. Detrital zircons in fluvial sands provide us with a tool to test ancient drainage connections. I have been working on this project for over ten years, cited below:

Fish speciation in the face of geologic activity and migration of drainage divides is fascinating, and helps us better understand how to maintain existing species diversity. Further, drainage changes with the migration Snake River Plain hotspot and Basin and Range extensional faulting have controlled topography of the northern Rocky Mountains over the last 10 million years.

The goals are to collect, separate and analyze the ages of 300 zircons each in two samples, from the lower and upper Chalk Hills Formation. We will collect these this summer and run the data in Sept. 2015 at the Arizona LaserChron Facility in Tucson. The zircon age populations will reveal the directions that streams flowed into Lake Idaho, and therefore what areas Cutthroat Trout could have colonized through these drainages.

I will analyze the ages of 300 grains from each sample, using labs at the Arizona LaserChron Center. The ages of the zircon populations will constrain the source terranes. Previous work by me and colleagues has established the detrital zircon ages of various terranes in the Miocene in Idaho. In particular, we know that the Idaho batholith provides grains 85 to75 Ma. The eastern and central Idaho thrust belt provides grains with a wide range of Proterozoic to Archean ages. The two samples I will test will be from the upper and lower Chalk Hills Formation of the western Snake River Plain, and will be from big river sandy facies, that will demonstrate the paleo-drainage patterns.

this is an important interdisciplinary project. It is important to my research on fish distributions and evolution in the Snake River Plain, Idaho. 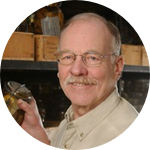 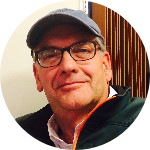 I am a regional sedimentary geologist at Idaho State University. Having been here 35 years I have been interested in all the geologic diversity of Idaho, and am a co author on the new Idaho State Geologic Map. In the last 20 years I and my students have been using the ages of detrital zircons to learn more about ancient sandstones. In this case, using these zircons to help better understand fish evolution on the western Snake River Plain is a natural fit.