With some accounts estimating fewer than 2,800 individuals left, the blue-eyed black lemur of Madagascar is one of the most threatened primates in the world. Reports suggest that one of the remaining populations of blue-eyed black lemurs has begun to mate with neighboring black lemurs. This interaction could contribute to the extinction of one or both lemur species. Understanding why this interaction is happening, and what it means for species survival, is essential for their conservation.

The critically endangered blue-eyed black lemur (Eulemur flavifrons) of Madagascar is one of the most threatened species in the world; it has been included in the Top 25 Most Endangered Primate list since 2008. It is estimated that these lemurs may go extinct in as few as 11 years if habitat destruction doesn't subside. To complicate matters, reports from Manongarivo Reserve suggest that blue-eyed black lemurs are interbreeding, or hybridizing, with more abundant and widespread black lemurs (E. macaco). According to the biological species concept, these lemurs should only mate with members of their own group—that's what makes them distinct species. Then what is allowing this to happen now? This project investigates why this is occurring, and what this means for the survival of the species.

Hybridization is a rare phenomenon in the primate world; studying this occurrence could provide important information about how species evolve. With this said, hybridization can also have a negative impact on a species, especially one that is struggling to maintain viable population numbers. If blue-eyed black lemurs and black lemurs are mating, we could see an exchange of genes, the permanent loss of species-specific behaviors, and/or the extinction of one or both lemur species! By collecting acoustic, behavioral (social and mating), and genomic data, this project will address the extent and impact that this interaction is having on each species. If hybridization is occurring, we expect to find overlap in these characteristics, confirming that the lines between the species are blurring.

This project comes at a critical juncture in the conservation of the blue-eyed black lemur. This research will result in: 1) a more thorough understanding of the dynamics occurring at the contact zone, enabling the identification of the next steps needed to conserve these lemurs; 2) a detailed plan on ways to mitigate the threats posed by hybridization; 3) an increased level of new skills and knowledge for the researchers, Malagasy students, and field guides working on this project; 4) a solid working partnership with researchers on the ground in Madagascar; 5) an increased awareness among villagers of the biodiversity and conservation needs of these specific lemurs; and 6) the successful completion of my PhD dissertation.

The field site is located in an extremely remote region of Madagascar, in forests where the lemurs are still protected. Last year we took a local taxi brousse that was in a severe accident. We were lucky to make it out unscathed. This year we will hire an off-road car that is capable of traversing the rivers and craters leading to the Reserve.

One of the only ways that this project will be successful is with the help of local guides, cooks, and porters. I will employ individuals from the nearest village, Antsamalaha, to help with the logistics of this project—from locating the lemurs, to ensuring that nobody is lost in the forest, to securing the camp, to making sure the team stays fed, to facilitating equipment transport. This research is a team effort!

This budget details the minimum funding required to get this project off the ground. The more money raised, the more assistants I can hire, and the more data we can collect. Your generosity is imperative to the success of this project!

As one of the world’s most endangered primates, and a flagship species of Madagascar, assessment of the occurrence and the impact of hybridization is of great importance to the conservation of these critically endangered lemurs. Caitlin has chosen relevant and non-invasive parameters through which to study their hybridization, demonstrating her understanding of the situation and the mechanisms which may lead to it. The data on reproductive isolation mechanisms she collects will contribute to a greatly-needed management plan. 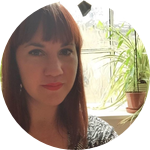 University of Bristol and the Bristol Zoological Society
View Profile

This is a collaborative project, with may people contributing to its success. Supervision is provided by Dr. Marc Holderied (Univ. of Bristol) and Dr. Gráinne McCabe (Bristol Zoological Society). Jen Tinsman (Columbia Univ.) is analyzing fecal samples. Sedera Solofondranohatra and Bruno Ramorasata (Univ. of Antananarivo) are research assistants. Four volunteers (US, UK, Australia and Sweden) are assisting with data collection this year. Field guides, cooks, and porters will be hired locally.

Caitlin Eschmann is a PhD student at the University of Bristol. She received a BSc in Biology and Neuroscience from Gettysburg College, an MSc in Primate Conservation from Oxford Brookes University, and an MSc in Teaching Adolescence Biology/Conservation Life Sciences from Fordham University.

Over the years she has followed two discrete, yet undeniably related, paths—one concentrating on scientific research and the other focusing on public action and education. This has led her to Sri Lanka to study the purple-faced leaf monkey, to South Africa and Zambia to work in primate sanctuaries, and to NYC to create science curricula that is as engaging as it is educational. It is her current aim to incorporate these disciplines more holistically as she continues on her professional journey in the remote forests of Madagascar.

Madagascar is a country of dissonance. Perhaps one of the richest places in the world in terms of biodiversity and natural wonders, opportunities that stem from financial stability are basically non-existent. During my time spent in Madagascar, I will be hiring two upcoming Malagasy Masters students to aid in data collection. I will help train them on research techniques and scientific principles, supply equipment that they can use for their own projects, and support their learning of English. I emphatically believe that Madagascar should be the leader in lemur research and conservation efforts, not foreign researchers. It is my responsibility to not only strive to protect the wildlife there, but to also provide opportunities and connections for Malagasy researchers to have an impactful career within their own country.