Death by snake venom in India, Africa, and South America are substantial. Traditional antidotes are prohibitively expensive ($100/dose) and have side effects. A new peptide-based antidote shows promise in treating certain snake venoms with no side effects. However, this needs further testing in Indian snakes, and needs to be cheaper. With your help, we can test this antidote in four prevalent Indian snakes, and begin designing a low cost bioprocess – targeting a $1/dose treatment.

Reported cases of death by snakebite in India are in the tens of thousands, but many cases go unreported because the affected population is predominantly in rural areas where treatments are not available and medical care is only available at a distance.

The current antivenoms available for purchase are mainly composed of treated horse serum, and cost over $100 USD/dose.

In addition to the high cost, serum-based treatments are not FDA-approved and often have temporary adverse effects on the patient due to the presence of naturally occurring, non-therapeutic components in the serum.

The antivenom peptide was recently chemically synthesized in the US, and found to neutralize venom from a Western Diamondback Rattlesnake and from a Pakistani Russell Viper. We want to test this in Indian snakes.

The peptide to be produced is significant because it appears to have no side effects when treating venom-infected mice.

The current commercial antivenoms are made from horse serum. Horses are injected with snake venom, the blood is collected afterwards, and the serum is purified for use in humans. This process results in antivenoms that can have adverse side effects on patients.

WHO estimates as many as 1.8 million envenomations each year around the world. This is a truly significant problem in the Third World.

The principle goal of the project is to produce enough pure peptide using E. coli to test the activity with the venom of the four principle Indian snakes.

The antidote will be produced, purified and analyzed with LC/MS. Activity assays will be completed at the National Natural Toxin Research Center in Kingsville, TX.

The research will be done with students at San Jose State University, who will learn valuable research skills through this project.

Our broader goals, are to produce a very low cost antivenom antidote for the population in rural Southeast Asia, Africa, and South America.

We will be collaborating with a Professor in the Chemical Engineering Department at IIT Delhi, which will enable the transfer of the technology to an Indian Biopharmaceutical company for low cost production.

The budget I have presented is the bare minimum for a proof of concept. Our concept is to make a bacterial produced peptide that has the necessary activity to neutralize snake venom of different snakes.

To explore alternative expression strategies to facilitate the purification, we can get chromatography out of the process, and target crystallization of the peptide from the cell culture broth. These studies will require additional $150K.

We would like to explore the possibility of delivering the peptide orally - like a vitamin pill. This would enable people to have very easy access to the antidote.

We will need to perform clinical trials, of our developed antidote, and this will cost in the millions. These should be done ideally in the country where the snakes are prevalent to match the immune systems of the victims. 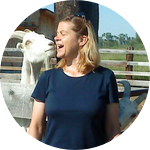 This project is so exciting because it can save lives, and help people who depend on their manual work for survival and for the survival and happiness of their families. It is devastating to me to think of a farmworker losing his life to a snake bite and his family then has no financial means, or if they take him to the clinic to get a snake antivenom and then need to mortgage their house or become indentured in order to pay the medical bill.