We plan on refining our brain-computer interface (BCI) technology to be cost effective so that it becomes more accessible for the disabled who use it to communicate and to operate computers using only their thoughts. BCIs are the last resort for those with Lou Gehrig's disease (amyotrophic lateral sclerosis or ALS). Their minds function normally but they lose all muscle control and can't communicate. Our BCI is the fastest of its kind.

The interface relies on a cognitive response of the brain to the flash of a letter on a computer screen that the user intends on selecting. As the matrix of letters flash, the letter to which the subject is attending will create a characteristic brain pattern that our system can detect thereby recognizing which letter the subject is trying to select.

This interface was invented 30 years ago and changed little until 2007 when we collaborated with the Wadsworth Research Center to make improvements. We published the results and our work is regularly cited by other researchers. Recently we broke the world record for speed and accuracy of this type of BCI system. The results appear in the Journal of Neural Engineering. Now we have a plan to make a cost effective version.

The goal of the project is to reduce the cost of the system and eliminate all costly software licensing by developing all equipment and software for the system in house. Using existing commercially available equipment has been a handicap since such equipment does not take full advantage of the discoveries made in our research. We have now developed prototypes of our own EEG amplifier which uses a novel method of EEG acquisition which we have a provisional patent on. The amplifier can also be synchronized with the video display to eliminate timing problems that have plagued this branch of research for decades. The heart of the system is the Raspberry Pi Computer, a $35 credit-card sized computer, that runs a free operating system.

As part of our system, we have designed a new method of EEG acquisition which has now been granted a provisional patent. The novel design requires us to produce rather than purchase the equipment required for this research. Since we are dealing with circuitry that must fit on an actual EEG scalp electrode, it must be very compact making it difficult to hand assemble. Also the printed circuit boards are extremely detailed making them very difficult to produce manually in our lab. As a result, we will depend on sending our design out to a factory to produce the units required to undertake a formal study of our new system. We have painstakingly manufactured and tested a prototype to confirm as a proof of concept project, but to move forward with a formal study requires production of a dozen units to send to our collaborators for formal testing.

Dr Townsend has been in brain-computer interface research field for a long time. He is an expert in BCIs and has put a lot of effort on developing BCI systems to help people with serious motor disabilities. The work he has done was very impressive. I highly recommend EXPERIMENT to support this project! 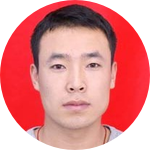 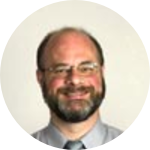 Jessica Shanahan has been with the lab since its inception. She completed an Internship and has been a volunteer ever since. Her years of assistance have been greatly appreciated!

Kanzhe Liu is our resident expert in printed circuit board layout and assembly. He can solder parts that are so small you can hardly see with the naked eye!

Daniel Kellar developed some of the software used in our recent record-breaking research and is now working as an intern in the lab.

Dr. Townsend earned his PhD at the Technische Universität Graz in Graz Austria in 2006. In 2007 he began a collaboration with the Wadsworth Research Center of the New York State Department of Health which has resulted in the publication of many papers on improvements he made on the P300-EEG based BCI now being tested on ALS patients at the Helen Hayes Hospital.

Valerie was instrumental in development of the world-record breaking BCI system that was recently reported in the Journal of Neural Engineering. After working at the Algoma BCI lab for a number of years she is now attending grad school at the University of Waterloo working on her Master's Degree.