For children with Type 1 Diabetes, understanding and communicating their disease with peers and family can be a significant challenge. We have developed a modification of Minecraft that educates children about T1D, and allows people to experience life with T1D through a virtual world. This MC:T1 expansion is aimed to empower children with T1D in the conversation with their community, and improve community knowledge about the challenges associated with T1D.

Kids diagnosed with Type 1 (Juvenile) Diabetes have to inject insulin every day of their lives from diagnosis. Not only do they live with that reality, but they have to become involuntary diabetes educators as well. Young children returning to school from hospital struggle to explain their condition to their classmates, and often teachers are similarly at a loss to understand the condition. We have developed a revolutionary learning experience in Minecraft, the most popular children's game of all time, that teaches kids about Type 1, and empowers children in the conversation to enlist the support of their peers and community. We want to test this more widely, refine it further, and make it available to every child with Type 1 Diabetes.

Team leader Josh Wulf's son was diagnosed with Type 1 Diabetes 8 years ago, and since then he has personally witnessed his struggle to articulate his condition to his friends. He has seen that his friends want to support him, but often don't understand. It's a lonely condition, because only he knows what he is dealing with, even while surrounded by his friends. He, and millions of other children around the world are suffering in open isolation. It takes a village to raise a child, and it takes a community to support someone with Type 1 Diabetes. This initiative empowers children in enlisting and empowering their community of support, and it does it in a fun and engaging way in Minecraft, a medium with which they are already familiar.

We have a working version of the MC:T1 modification, and we have tested it in informal settings during development. We have had great results and user feedback, and now we are ready to go to the next phase: community trials to validate the outcomes. Specifically, we will run experimental trials of the software with 100 users in various age groups in events, and record their understanding of T1D before and after.

We will take the Minecraft mod into community settings and schools to undertake implementation trials. This involves children with Type 1 Diabetes (TD1) and their friends using the mod and measuring its impact.

We will purchase equipment to undertake the trails, to collect data to see what works and to share findings in an accessible manner. We will ask:

* How well do children with and without T1D understand the disease before and after playing the mod and how do they respond emotionally and intellectually?

* How does the game help children with T1D explain their condition to their friends and to integrate with children who do not have T1D?

* How does the game help teachers understand the condition of students with T1D and to explain it to other children?

* How well does the mod assist Diabetes educators to do their job?

* After a trial, what aspects of the mod could be improved or extended?

Engagement of patients, particularly young children and teenagers in the management of thier health conditions has traditionally been difficult, being sick sucks! This project changes that - Minecraft becomes the new way to communicate important health messages and empower kids to learn and control their own journey. Only 40% of adults have an adequate level of health literacy - this project has the potential to to increase the health literacy of a whole generation! 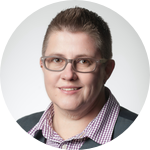 We will complete this phase of our program by March 2018. We're on an aggressive timeline because phase two is a multi-site implementation study in hospitals, which we want to get on to as soon as possible. All backers who wish to be involved will have a chance to participate remotely in MC:T1 trials from anywhere in the world. 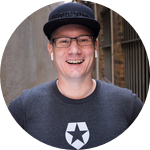 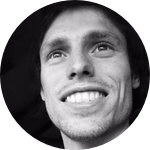 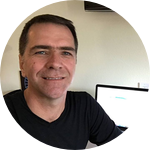 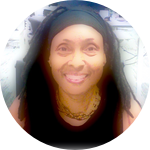 The MC:T1 team is a blend of QUT researchers and staff from Magikcraft, an education company that utilises Minecraft to teach coding using the metaphor of magic.

The collaboration started in February of 2017 when Associate Michael Dezuanni opened the MC:T1 event that produced the first iteration of the modified version of Minecraft.

It has since expanded to include the QUT School of Clinical Sciences, who will be involved in phase two of the project - the multi-site implementation study

Hi, I'm Josh Wulf. I'm married and live in Brisbane, Australia with my wife Param and our son Prahlad. Prahlad has had Type 1 Diabetes since he was 8 years old. He's now a healthy and happy teenager (15 years old).

I watched Prahlad go through primary school struggling to have the conversation with his friends and classmates about his condition. When his teacher asked me to come in and talk to the class when another classmate was diagnosed with T1D I really noticed how little understanding is out there for these children and how isolated they are, even while surrounded by friends.

I also saw Prahlad's friends wanted to support him, but didn't know how to. And their helpful ignorance showed up for Prahlad as an annoyance, rather than the contribution that they wanted it to be.

I'm committed to a future without Type 1 Diabetes, and that children and families living with it now have the experience of freedom, joy, and power.

I am a software developer and a co-founder of Magikcraft. I started my professional life working on The Lord of the Rings trilogy, building miniatures and sets before I got into software development. I joined a startup - YogaTrail - that went through 500 Startups Batch #10 in 2014, and then worked out of Thailand for two years.

With Magikcraft we have developed a powerful immersive learning platform for kids, and I believe that we can make a significant difference in the experience of life for children and families living with Type 1 Diabetes.

Our early user tests have been very successful, and I'm looking forward to taking this all the way.

I'm excited about the potential of MC:T1 particularly in making a difference in education outcomes around Type 1 Diabetes for children. Children learn incredibly complex things quickly and effortlessly in Minecraft, so it is a great platform for this project. I've been involved in this project with Magikcraft since February of 2017, and have watched it move forward. Taking it to the next step - implementation trials - with this campaign - and then on to hospital implementation trials means that we can make this platform highly effective and widely available.