The Narcissus Flycatcher (Ficedula narcissina) is an East Asian songbird with three subspecies. Two subspecies are long-distance migrants breeding at high latitudes and wintering in the tropics. The third is a year-round resident of the subtropical Ryukyu Islands. Using a new, low-cost, high-throughput DNA sequencing technology we will sequence 11 Narcissus Flycatcher genomes. Comparing the genomes of these very different populations will provide insight into the evolution of migration.

Comparing genomes from closely related but ecologically different birds has allowed us to answer questions about adaptation to high altitude, loss of flight, and the evolution of plumage color. One area that is seldom investigated is the imprint of the evolution of long-distance migration on avian genomes. The comparative genomics of two flycatchers, the Collared Flycatcher (Ficedula albicollis) and the Pied Flycatcher (Ficedula hypoleuca), has been studied extensively, however both of these species are migratory. The unique history of the Narcissus Flycatcher (Ficedula narcissina) however, with migratory and non-migratory populations, provides an opportunity to build on existing genomic resources from other Ficedula flycatchers and launch a comparative study the evolution of migration.

Genome sequencing has uncovered genes associated with adaptation to high altitude in birds, longevity in whales, and large body size in giraffes. Knowing the genes involved in the evolution of long-distance migration has implications for understanding the molecular basis of adaptation. Migration is found in every major animal group, but is especially well represented in birds. While migration is among the most well-studied behaviors in birds, we still know little about the underlying genetics. This study will help unravel the molecular underpinnings of migration. Given many aspects of migration involve neurophysiology, metabolism, and regulation of appetite, this study will also contribute to a general knowledge of vertebrate biology and may even have implications for human health.

The Narcissus Flycatcher gives us a unique opportunity to study the evolution of migration. The non-migratory southern subspecies in the Ryukyu Islands is the closest relative to the northern migratory subspecies. Also, the relationships of the Ficedula flycatchers are well known and we have genome sequences for other Ficedula species. An important finding from these existing studies is that the ancestors of the Narcissus flycatcher were migratory meaning that migration was lost in the Ryukyu subspecies. Our goal is to sequence genomes for at least 5 individuals each for the migratory and non-migratory subspecies. In comparing the genomes of each subspecies we may identify those genes that are under selection, including genes related to migration.

Funding supports this high-coverage genome assembly, combined across different data sets, and up to 10 additional low coverage genomes entirely from MinION sequencing. We will assemble these genomes using our initial Illumina/MinION assembly as a reference.

Prior support has provided us with the Illumina short-read sequence data and the MinION instrument for nanopore sequencing. Completing this study requires $1600 in miscellaneous laboratory consumables (magnetic beads for library prep, pipette tips, etc.) and a MinION consumables bundle with sequencing kits and 6 flow cells ($8600). Costs include platform and processing fees.

The Narcissus Flycatcher and its sister species, as well as different migratory intra-specific group are very interesting empirical system to study the origin and evolution of the migratory behavior within species. Dr. Mays is working a long time on molecular phylogenetics and evolution of birds in east Asia. He has made a solid basement for conducting this project. I'm very pleased expecting some exciting breakthrough from his project. 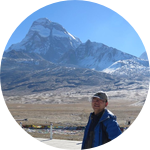 We currently have all the needed samples for this project.

Additional sequencing for 10 additional samples will be completed by June 2018 followed by analysis (August 2018) and manuscript preparation (Nov 2018).

Complete a high coverage assembly (&gt;70x) of 1 Narcissus Flycatcher genome with existing data and long-read length MinION sequence data. This will be a reference genome.

Align genome sequences from Narcissus Flycatcher and existing Ficedula genomes and analyze to search for genes that are under selection.

Write the results for publication, submit to a high impact journal and use these data to support a grant proposal to the National Science Foundation (USA). 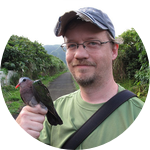 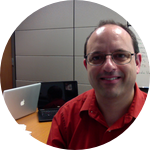 This project is a multidisciplinary, collaborative effort and is but one part in a long-term collaborative research program. The primary collaborators for the genome sequencing work brings together an evolutionary biologist (Mays) with the bioinformatics expertise of a biomedical researcher (Denvir). Additionally, the broader team has included numerous researchers from Japan, Taiwan and China who over the years have helped a amass a DNA sample collection that makes this research possible.

The study of complex diseases uses molecular approaches to address several interrelated questions on the development and underlying environmental and genetic causes of disease. Due to the complexity of these questions, and of the data generated in answering them, it is no longer feasible to achieve these aims by addressing them from the perspective of a single field of research. Consequently, we need teams of researchers with expertise in their own fields and the ability to communicate and collaborate with those outside of their fields of research.

My role in this research is as a biostatistician and bioinformaticist. As a collaborator, I aim to maintain an understanding of statistical techniques, to determine which of those techniques are best applied to complex bioinformatic problems, to maintain the technical skills to perform those analyses, and to present and communicate the results to the research community at large. A key aspect to this collaborative research, is the ability to communicate with researchers outside one's own field; both in terms of understanding the research being performed in the lab, and in terms of being able to explain the choices behind the analyses being used and their results. On occasion, it may be necessary to develop novel statistical techniques in order to perform the analyses required for a particular project.

In addition to biomedical bioinformatics I recently have collaborated on several studies of evolutionary genetics in non-model organisms and look to continue this collaborative work studying the genomics of wild birds and mammals.

1 Lab Notes Posted
Putting together a genome. Part I.

All supporters will be acknowledged on our research website and where possible in supplementary acknowledgements to all published work related to the study.