This project aims to push the current state of the art in ocular prothestics by integrating a small system of electronics that will mimic a light responsive iris. This system will be a battery operated, removable prosthesis that will work with current orbital implants. Although this system will not affect vision, it will have a life-like, natural response to light, which will improve the aesthetics of the prosthesis.

The future of ocular prosthetics is in small, implantable retinal systems that will restore vision to the impaired patient. However we are several years from such developments, and only those with the means will be able to afford them at first.

Current prosthetics are made of ceramic or plastic, with detailed artistic renditions of the eyeball. While they look realistic, the image is stagnant, and can be delineated quite easily from the true eye.

This is the first stage of our project -- we will build a fully functioning prototype 2-3 times the size of a normal human eye; the ultimate goal is to create a more realistic prosthesis that is mechanistically functional. Target users are current and former military personnel who sustained injuries resulting in the need of an eye prosthesis.

The eyes are the most important facial feature. It is important to be able to look into a person's eyes during human-human interaction. In contemporary times physical image and preservation is very important; people living with prosthetics face an especially difficult challenge when it comes to image.

Our end goal is to come as close as possible to eliminating the aesthetic difference between a real eye, and our light-sensitive prosthesis. We also intend to make these affordable under typical insurance.

We want to explore the usage of small photosensors combined with bio-compatible materials to mimic the natural response of the iris to ambient and artificial light.

With this funding we will be able to build a large scale, fully functioning prototype.

Our current resources do not allow us to build sub-inch scale with tremendous accuracy. The current prototype uses electronics that are not feasible for use in the body, both in size, and with the current power requirements.

We need to be able to manufacture very small components that are capable of fitting and functioning in the space occupied by a typical ocular prosthesis.

To understand the current state of the art further, and to find the best approach to design, we will need to buy at least one ocular prosthesis model, and possibly the material used for implants. We will also need to buy our own raw materials and make use of outside machining sources to iterate prototypes. 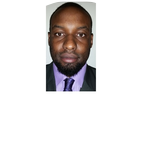 I am a researcher looking to break out as an independent. I am very experienced in neurophysiology techniques using the macaque and cebus apella animal models.

As a mechanical engineering student, I am very interested in integrating the mechanics of artificial motion with natural biological systems. I am proficient in CAD modelling and additive manufacturing techniques.

I plan to continue my education part time to PhD level, but in the meantime I want to start working on some ideas!

I love to build. I am fascinated by the connection between brain and machine. Hopefully I will live long enough to experience, and help discover some cool things that explore this connection!