The Sky Islands region, on both sides of the US/Mexico border, is among the world’s greatest showcases of bee biodiversity, but threats such as climate change are not inconsequential. New Leaf and our partners want to understand the role that elevational habitat gradients play in bee species distributions, host-plant associations, and gene flow/isolation patterns to help inform future conservation efforts in the face of the global threats to bees and other pollinators.

The Sky Islands region of the SW US and NW Mexico has some of the highest levels of biodiversity on the planet, and this is certainly true for bees. Despite extensive research over the past several decades, this high diversity and the remoteness of the region means that researchers know relatively little about most species, in particular those found at high elevations. With lower temperatures and more precipitation, these montane habitats are quite distinct from the surrounding deserts and are home to dramatically different communities of plants and animals. It is likely that bee communities follow a similar pattern, but more research is needed to confirm this and to fully document diversity there.

Climate change imminently threatens the survival of sky island habitats, and as they disappear, population connectivity of what may likely be rare and undocumented bees could also be reduced. We need a fuller understanding of habitat specificity, species diversity, species distributions and gene flow patterns in order to prevent potential loss of bee diversity in these unique mountain habitats.

Additionally, the stability of local bee populations is likely influenced by habitat size, population levels/structure, and reproductive isolation. Such factors are, in turn, affected by the spatial distribution of resources. Because these relationships apply to bees in all fragmented landscapes, knowing the relative influence of these factors locally will inform bee conservation globally.

We want to know which bee species are there and the flowers they visit. By sampling bees from those flowers, we will build a much needed baseline inventory and host-plant database, taking a critical first step to monitor these threatened populations.

We also aim to answer a fundamental question of bee ecology: Does reliance upon isolated habitats limit dispersal and gene flow in bees? Using historical records and our sampled bees, we will identify those species most strongly associated with isolated sky island habitats. We can then use next generation genome sequencing to measure gene flow among local populations of bees. Finally, landscape analysis using GIS software will help us understand how factors like the distance from suitable habitat and landscape structure influence connectivity.

The Sky Islands region is vast and sparsely populated, and traveling in both the southwest US and northwest Mexico involves several hundreds of miles of driving between mountain ranges. While gas prices may currently be at their lowest levels in years, the need to reach these far-flung mountain ranges during relatively narrow periods of bloom and bee activity means that travel costs will inevitably loom large in our budget. Additionally, while we are lucky to have committed volunteers pledged to assist with field work, providing them with the appropriate transportation and collecting equipment will be essential for productive field days.

While this work is part of a larger project partially funded by the National Park Service, this supplementary funding will allow us to more efficiently use our time in the field and ensure the high degree of scientific rigor needed to answer questions about bee community composition, population structure, gene flow, and reproductive isolation.

There is a lot that remains unknown about how bee populations and communities are structured in terms of altitudinal gradients and isolation, and we know little about population genetic responses in particular. This information is key in terms of understanding the effects of environmental change on bee communities. This group is well suited to carry out this work.

Berry Brosi
Assistant Professor
Emory University
More collecting and investigation of western sky islands and habitats of all types are high priorities....glad to see this effort take off. 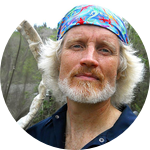 Sam Droege
Biologist, USGS
The Madrean Sky Islands and surrounding deserts support one of the most species rich and phylogenetically diverse assemblages of bees on the planet, as documented in large-scale specimen databases made available to the research team. This project will greatly expand our knowledge of the ecology and conservation of bee pollinators, e.g., by adding genetic and climatic factors to existing knowledge of specialized bee-flower associations. The research team has mobilized the taxonomic support and long-term baseline data required. 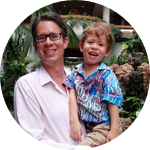 John Ascher
Assistant Professor and museum Research Associate, National University of Singapore, Lee Kong Chian Natural History Museum, AMNH
The Sky Islands are a well-known biodiversity and biogeography hotspot, but there are still many gaps in our knowledge of the area, with many more questions to be answered. This project should fill in a number of those gaps, and in a timely manner. 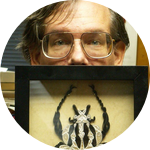 Doug Yanega
Senior Museum Scientist, UC Riverside
The bees of the Madrean Sky Islands deserve further study, in part because of their important ecological roles in this region. I have worked with Robinson and Kim and believe that they are a great team to carry out this project. 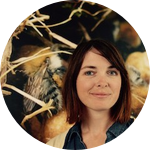 Hollis Woodard
Assistant Professor of Entomology
University of California, Riverside
The Sky Islands of the American SW and adjacent Mexico harbor a complex and fascinating bee fauna. Some of the islands are well studied but most are not and all face major threats from anthropogenic climate change. This project should greatly enhance our knowledge of the bees of biologically important region.

John L Neff
Ph.D., Central Texas Melittological Institute, Austin, TX
We first became acquainted with Robinson in his capacity as the southwest regional biologist for the Pollinator Partnership. Robinson's energy and infectious enthusiasm for pollination ecology is engaging, and we're very excited that he is directing that passion to the Sky Island region. The plant-pollinator relationship is so tightly interwoven and inter-dependent that any factor affecting the one rebounds immediately on the other. We love this project for its emphasis on both plant and animal, and we support it wholeheartedly. 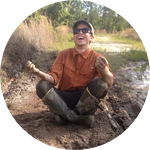 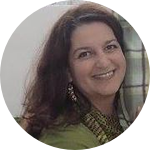 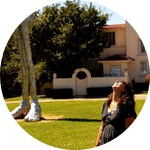 The University of Texas at Austin
View Profile

After several years spent studying bee community ecology and working in pollinator conservation, I founded New Leaf in 2015 with a mission to promote habitat and ecological restoration, biodiversity conservation, and scientific research in Texas and the Southwest. My role with New Leaf, as its president and lead biologist, gives me the opportunity to bring together collaborators from both the public and private sectors, including research scientists, other non-profit groups, and government agencies. My five years as a science consultant for the Pollinator Partnership has not only given me the skills to work effectively with these different groups, it has also shown me the value of many viewpoints. I believe that when managed effectively, the diverse and varied perspectives among these partners leads to innovative projects with tangible applications for conservation action.

As a bee biologist, I am most specifically interested in habitat use, resource distributions, and how landscape and geospatial factors influence community composition and species distributions. I hope to continue expanding our basic understanding of bee ecology in the tradition of the great naturalists and bee biologists of the 20th century. With the exception of the European honey bee (Apis mellifera), what we know of most bee species remains simply that they exist, and perhaps, if we're lucky, where they might be found. For such critically important animals, we know alarmingly little. Addressing this issue will be of the greatest importance for current and future generations of bee researchers.

Since joining the Sky Island Alliance team in 2013, I am enjoying learning the plants of higher elevations and wet places in the Sky Islands. I have over 15 years of restoration experience throughout the desert southwest, but mostly in the dry washes and desert uplands. I am very excited about how we connect people to the sky islands through ecological restoration projects – improving habitat for wildlife and the lifting human spirits at the same time. I’m the Vice President of the Southwest Chapter of the Society for Ecological Restoration, and in the past have served as President of the Tucson Chapter of the Arizona Native Plant Society and as the Wildlife Habitat Representative on the City of Tucson Landscape Advisory Committee. I specialize in using vegetation ecology field methods to develop and monitor restoration projects; designing and implementing invasive species management plans; and applying novel low-tech approaches to achieve restoration objectives. I studied Botany at Prescott College can often be found lying on the ground looking at flowers.

As a member of the Jha Lab at the University of Texas at Austin, I have broad interests in ecology and evolution, including conservation genetics, landscape ecology, and urban ecology. More specifically, I am interested in how habitat fragmentation can influence community composition, plant-pollinator interactions, and population genetic structure of wild bee populations.