Cogongrass is rapidly invading the southeastern United States. It is disrupting and altering large areas of native forest ecosystems. My research is concerned with investigating some of these interactions with a focus on symbiotic fungi, called mycorrhizae, in order to determine what is occurring in the soil. All funding will go towards molecular barcoding of mycorrhizal species present.

Forests in Mississippi represent sixty-two percent of land cover, or eighteen million acres, with over a billion dollars in forest products being produced annually. In 1991, forests covered sixty-eight percent of land cover, or twenty-two million acres, in Alabama representing a 4.1 billion dollar industry. This industry is on attack from all sides from invasive and pest species.
Since Cenococcum geophilum, a species of mycorrhizae has a wide geographic range it may tolerate potential allelopathic exudates of cogongrass better, which would explain the disparity across cogongrass invaded and non-invaded stands. Similar systems have recorded inhibition of mycorrhizal communities caused by other invasive plants.

In the southeast loblolly pine stands are a source of income for many private businesses and landowners the interactions between cogongrass and mycorrhizae could potentially affect their bottom line, and in turn, the availability of timber in the United States. Any factor that can potentially increase rotation times, threaten stand health, or reduce growth could result in vast economic loss. Affecting not only forresters but people in the housing market, farmers, and average consumers. It is my ultimate goal to conduct good science and quantify community change in order to allow for more targeted research in the future.

Actionable goals that will be carried out include: measuring soil microbial biomass (including organic carbon and nitrogen content), soil dry and moist weight, and percent colonization of mycorrhizae. With this funding I will be able to separate mycorrhizae by morphotype which will be subjected to DNA extraction, PCR, and sequencing of the ITS region. Sequences will be run through a BLAST database for closest species match. Matches of 97% and greater will, for the purpose of this study, be considered the same molecular unit. It will be denoted if the same species has a match with less than 97% similarity and also denoted if the closest match is restricted only to genera. For sequences that cannot be matched they will be assigned a temporary barcode and compared with other samples as well as against the database. Lab notes will be posted at least once a month, frequency of posts beyond that will depend on rate of progress of the research. I plan on publishing this research and researcher who make a significant contribution will be acknowledged by name.

All funds will be used for material to perform molecular work including: DNA extraction, PCR, DNA purification, and DNA sequencing. There are two sampling events, so twice the budget will be final cost.

This is an important project in learning how to keep trees healthy from invaders in our forests and make important management decisions. 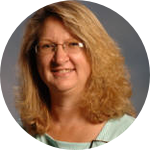 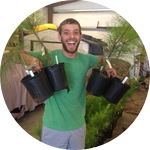