Sixty-three percent of US gun deaths are suicides. We know that safe storage of guns can decrease the risk of gun suicides; what we don’t know is how to get people to store their guns safely. Which specific messages/messengers are most effective in increasing gun storage rates?

The goal of this research is to develop and disseminate an effective program to increase safe storage of guns.

In the US, the majority of gun deaths are suicides. We know that safe storage of guns can dramatically decrease the risk of a gun suicide. What we don't know is how to increase use of gun safe storage. The purpose of this research is to better understand the ways to reach people and have them change their behavior around safe storage of guns. We need to conduct interviews, surveys and focus groups to develop and test messages for gun safe storage.

Each year in the US, over 40,000 people commit suicide. Guns are used in two-thirds of suicide deaths. Individuals who use a gun to try to kill themselves are successful 90% of the time, unlike suicide attempts with pills which result in death less than 5% of the time. In individuals who survive a suicide attempt, 90% go on to NOT commit suicide in the future. Thus, if a suicide attempt with a gun can be prevented, most people will go in to live full lives. An important way to prevent such gun suicides is to prevent access to a gun by safely storing it in a gun lock box or safe. While such devices are available, they are often not used. We need to understand the best messages and messengers to increase safe storage of guns.

The goal of this research is to develop and disseminate an effective program to increase safe storage of guns. To get there, we will examine the following questions:

We will approach this research through a combination of key informant interviews, focus groups, and surveys. 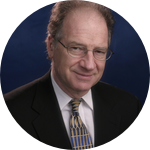 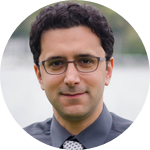 Dr. Fred Rivara is a professor of pediatrics and epidemiology at the University of Washington and Seattle Children's Hospital and is known for his research into the relationship between gun ownership and gun violence. Rivara has also researched many other topics related to injury risk and prevention including bicycle helmets, intimate partner violence, and alcohol abuse.

In the 1980’s and 1990s, Dr. Rivara and his colleagues received funding from the Centers for Disease Control and Prevention (CDC) to research the relationship between gun ownership and gun violence. Their research found that the chances of homicide or suicide increase threefold when there is a gun present in a home, while the risk of suicide for teens increases as much as tenfold. Rivara and his colleagues published their research in the New England Journal of Medicine in 1988-1993 in a series of articles on their findings. These findings raised the attention of the National Rifle Association (NRA) who lobbied Congress saying that since guns aren’t a disease, CDC funds should not be allocated to them. Congress then passed a bill that essentially prevented the CDC from setting aside funds for gun research.

Dr. Ali Rowhani-Rahbar is an Assistant Professor of Epidemiology and Adjunct Assistant Professor of Pediatrics at the University of Washington. He leads the Violence Prevention Section of the Harborview Injury Prevention & Research Center. His substantive area of research includes the study of causes, correlates, and consequences of firearm injury. Dr. Rowhani-Rahbar has served on the Advisory Board of the National Medical Council on Gun Violence, Technical Advisory Group on Firearm Research of the American College of Emergency Physicians, and Firearms Subcommittee of Safer Homes Task Force at Forefront (an organization housed at the University of Washington devoted to suicide awareness and prevention). He has published on the effectiveness of interventions to promote safe firearm storage, risk of injury, crime, and death following firearm injury hospitalization, impact of firearm laws on firearm injuries, and access to firearms in home among adolescents at high risk of suicide. He currently leads a randomized trial to test the effectiveness of a structured community outreach program in improving the health and well-being of patients with gunshot wounds presenting to the Harborview Medical Center in Seattle.