Tiny fungal spores and yeast forms are found in the soil, air, and water. Infection takes hold when spores break dormancy and grow in or on us. Fungi kill more than 1.5 million people every year. The few existing antifungal drugs are becoming ineffective because of a dramatic increase in resistance. Deep sequencing of the spore transcriptome will help us understand the mechanisms regulating spore dormancy and identify new drug targets.

Aspergillus fumigatus is an opportunistic fungal pathogen found throughout the environment. This fungus makes large numbers of environmentally produced spores that get distributed by wind and water. It is estimated that the average person inhales ~ 100-300 spores daily.

Spores that are not cleared by the immune system are able to germinate and cause infection. The class of fungicides used to manage human disease are also used agriculturally. Increased use of agricultural fungicides is leading to increased drug resistance and a rise in mortality rates even with treatment (50-90%).

Spores are the source of infection, but much research focuses on resistance and management of infection once established. There is limited understanding of the spore biology.

Since germination is regulated by dormancy, it is important to understand how dormancy is established and maintained in the spore. Attempts at understanding have been done by comparing transcripts of spores to those of growing hyphae. Studies reveal that most transcripts in spores overlap with transcripts necessary for hyphal growth, making it difficult to identify which genes are essential for regulating dormancy.

We have identified sets of conditions resulting in low and high germination rates. By comparing the transcriptomes of spores raised under these different sets of conditions we hope to accurately parse out genes involved in regulating dormancy. If we can learn how dormancy is regulated we may be able to prevent spores from germinating and establishing infections.

RNA has been isolated and used to prepare libraries for Illumina high throughput sequencing. Instead of performing a low depth sequencing analysis traditionally done to identify differentially expressed genes we propose to perform a deep sequencing analysis.

By performing a deep sequencing analysis of Aspergillus fumigatus spore transcripts, we hope to identify genes with low expression levels that play crucial roles in regulating dormancy, for post-translational modifications that might otherwise be difficult to identify with conventional sequencing methods, and for other regulatory transcripts that may regulate dormancy.

Since regulation of dormancy is a well-conserved mechanism in fungi, we plan to follow up on genes that are well conserved across the kingdom.

We have already prepared the libraries for sequencing and do not need additional funds for reagents and materials.

Earl is a graduate student doing research in my fungal biology lab at UGA. His experiments have shown us that spores play a big role in allowing fungi to adapt to new environments. This is important because spores must adapt to the new environment inside a host in order to grow and cause disease. Earl's deep sequencing experiments will give us critical information about the instructions packed into dormant spores, information that can help us figure out how to combat these destructive pathogens. 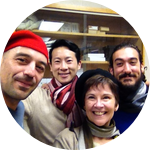 Michelle Momany
Professor
Fungal Biology Group and Plant Biology Department, University of Georgia
I met Earl at the Molecular Mycology course in Woods Hole this summer where he presented his project. His data show that fungal spores are able to adapt to different enviromental conditions. This ability is of great importance since spores are inhaled and cause disease. His deep sequencing experiments would provide new insights into this dynamic process leading to target genes identification. This will improve our understanding of how pathogenic fungi cause disease. 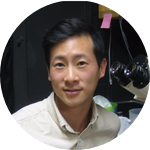 My undergraduate degree is in business management/economics, and my interest in the sciences grew from trying to understand how to create a sustainable agriculture model while working on an urban farm.

I began volunteering in a plant pathogen and plant circadian rhythm lab where I developed as a scientist. I am interested in learning about how organisms interact with the environment and other organisms to come up with sustainable solutions to managing "problems".

I have a broad interest in various topics and take an active approach to understand the problems we face so that we may find a solution, which is how I got involved working with Aspergillus fumigatus.

While I love my organism I understand that when it grows in places in it does not belong there must be ways to manage it without upsetting the balance. At the end of the day I consider myself a fun-gi and hope I can maintain that with my fungi.

Aspergillus fumigatus is able to utilize a wide variety of organic substrates and adapt well to a broad range of environmental conditions. It is generally classified as a saphrotropic fungus living in leaf debris on forest floors and in compost heaps. There is evidence that it also exists as an endophyte associated with plants to produce secondary metabolites that have medicinal value. Its affinity for metal ions makes A. fumigatus potentially useful as a bioremediator of heavy metals and for the production of precious metal nanoparticles.

Unfortunately, its amazing ability to adapt makes A. fumigatus an efficient pathogen. Not only is it a human pathogen, but A. fumigatus is frequently reported as an avian pathogen. There have been reports of it taking out entire flocks of turkeys, ducks, and chickens. There are even reports of aspergillosis in captive penguins.

Recently, the readily airborne and highly stress tolerant spores have been isolated in the International Space Station from the surface of the interior of the shuttle and from the air filter. The researchers were unable to say how long the stow away spores had been on board, but the ability of the spores to remain viable after a long trip into outer space is amazing, and a bit scary.