This project seeks to investigate how sound is generated during the impact of two objects.

The knowledge generated will then be used to address the question 'can the structure and quality of a surface or material be inferred using the acoustic output from an impact test'.

The origins of the topic are generally attributed to Hertz, in the 1880s, who considered the importance of elasticity on the contact area between static bodies under a compressive load. The generation of sound from impact is relatively unexplored. An impact will produce body and surface waves in the material, the velocity and characteristics of which depends on material properties including density and modulus. Thus, measurement of acoustic and body waves resulting from the impact can reveal information about the properties of the material and its surface.

Understanding how sounds are created during impact is an underdeveloped area of research. It is anticipated that this multidisciplinary project will generate considerable insight into the fundamental mechanisms which are involved in the process. The applications of the research include the ability to infer physical properties such as structure and elasticity via rapid, non-destructive measurements.

1. To investigate the acoustic response created during the impact of a sphere onto the planar surface of an engineered material.

2. To use simultaneous acoustic, optical, and force measurements to generate as complete an understanding as possible about how sound is generated during impact.

3. To compare the results of experimental measurements with theory and simulations.

Systems of increasing structural complexity will be explored, including but not limited to:

a) Porous or biphasic substrates

b) Substrates laminated with one or more solid layers, or a thin liquid film

c) Rheologically complex substrates such as powder beds, with and without liquid bridges between powder particles

Spherical probes will be dropped under gravity and allowed to impact normally (i.e. perpendicularly) on the planar surface of a solid substrate. The mechanical properties, geometry, surface roughness, and surface energy of the probe and surface will be quantified and varied. The acoustic response, impact force, and coefficient of restitution (i.e. rebound height of the impacting sphere) will be measured.

The budget items are required in order to assess the force between the two bodies upon impact. High speed data logging will provide Force -vs- Time information with sub-millisecond resolution. This will allow us to construct an energy balance model for the system. It will also permit correlation between the impact force and the acoustic response for a wide range of materials and substrates.

James scientific knowledge, insight, out of the box thinking and analytical skills have been a tremendous help during my PhD and our subsequent collaboration. There is high demand for a quick, easy to setup and perform and low-cost method, which will be able to provide information on the structure of engineered materials, which will then allow for more specialised tests to be performed. The proposed project has the ability to fill that gap and lead to significant reduction in cost, working hours and delivery time of relevant projects. 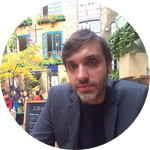 Anastasios Papadiamantis
Research Fellow
School of Geography, Earth and Environmental Sciences, The University of Birmigham
James is a highly skilled researcher with over 70 publications in the materials science field and is currently a lecturer in Materials Engineering. His work in this field has had significant impact on the automative industry, biomedical science and the pharmaceutical industry. He is best positioned to address this obvious but complex issue which would be relevant to anyone requiring materials testing and surface engineering. 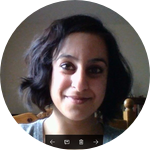 Invitation to visit the research laboratories

Report #2 will be distributed to project backers 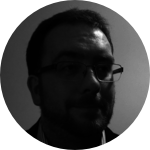 James currently holds the position of Lecturer in Materials Engineering at the Open University. His primary research interest is developing novel methods of materials characterisation.

He has established collaborations with researchers across the chemical, physical, biological, and medical sciences. These often employ micro/nanometrology and micro/nanomechanical characterisation techniques.

James established the Science City Advanced Materials laboratory in the School of Chemical Engineering at the University of Birmingham, a custom-built facility which housed equipment suitable for the characterisation of surfaces and materials.

He has worked extensively with a wide range of companies, particularly those in the automotive, fast-moving consumer goods, and technology sectors.

The results of this project will be used to develop systems for measuring the physical properties of complex materials and materials in complex environments. For example:

2. Measuring the mechanical properties of soils, extending the analysis to incorporate assessment of porosity and moisture.

Further, we are keen to explore 'the psychology of impact sound' with interested collaborators.