We often find ourselves helping friends in their times of financial need. Even though one of the primary benefits of such a social norm is risk mitigation, it comes with a heavy unseen cost. Living in a risk-protected environment takes away an individual's motivation to work hard. So, every individual in a social network has a lower incentive to make an effort. We make the first attempt at uncovering this inefficiency in a laboratory setup.

Social networks are an integral part of the society that human beings have carefully knit. People rely on cooperation from each other for survival and growth.

An important role played by social networks is risk sharing. Individuals generally do not like risk and belonging to a herd mitigates that risk.

Formal insurance can act as a substitute to the roles of risk sharing in social networks. Therefore, just like insurance can make individuals choose more risky activities and motivate them to take less care of their insured belongings, risk-sharing networks can provide incentives to work less. Therefore, the very network which was built to help us grow could be holding us back.

At present, there is no empirical evidence to back this theoretical argument.

The research would bring us one step closer to understanding the inefficiencies in our social institutions and how we can overcome them without compromising the existence of social networks.

Empirical evidence on effort provision in social networks is scarce because of the difficulty in measuring and observing effort. The project takes place in a laboratory setup, making it easier to track effort under different hypothetically simulated networks.

Even though the results from this study are universally applicable, they hold a special value for developing countries. Due to absence of formal insurance mechanisms, risk mitigation through social networks is very common in these countries. This study could therefore potentially explain a part of their output inefficiencies through social networks.

There are primarily two questions that this research would investigate:

Firstly, economic theory says that we want to free ride on our friends. If people pool their income to share risks, everyone would want to free ride on someone else's hard earned money. We will investigate whether individuals behave according to existing theory or do they deviate due to other social factors such as altruism and trust.

Secondly, theory predicts everyone in a social network will put in their best effort if they can closely monitor each others actions. Transparency forces everyone to work harder because failure to do so threatens their position in the network and leaves them to face risks alone. But does this result hold in reality?

We plan to conduct the project in India, where costs will be significantly low and we will be able to make the most of your money.

Most of the funding needed in this project is because of the monetary incentives provided for subject participation. Each participant in the study will be paid INR 100 to show up for the study and play various games during a 1.5 hour session. His behavior during this period will be recorded and would provide us with the data needed for this research. The games have a real monetary incentive to elicit true behavior of the subject. An average respondent will earn INR 300 (excluding the show-up fee) for a session. This amount is close to the average daily wage in urban India during 2007-2008. We will conduct 15 sessions and interview 15 participants in each session. For each session, hiring a computer lab and other equipment will cost INR 1000. Bringing the total cost of the experiment to INR 105000 (USD 1750). 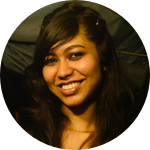 Jagori is currently a third year PhD student in Economics at the University of Washington. Her primary research interests are in behavioral and experimental economics, development economics, and social network analysis. At present, she is also a Research Assistant for an NGO, Landesa, that advocates land rights in developing countries. Over the past couple of years, she has served as a research and teaching assistant at the UW. Previously, she was an intern at Centre for Micro Finance in India, where she focused on program evaluation projects.

Jane is also a 3rd year PhD student in the Economics department at the University of Washington. She received a BA from Rice University in math. Her primary research interests are theoretical microeconomics, contract theory, matching, experimental economics, and social networks. She has previously worked as an RA for the National Bureau of Economics Research in Cambridge, MA and the Center for Reinventing Public Education in Seattle, WA.

Apart from regular updates from the field, more generous supporters of the project will receive numerous gifts from India: