This project was an invited review that is currently under minor revision at Frontiers Cellular and Developmental Biology. The review focuses on redox signaling in control of mitochondrial energy metabolism and how deregulation of these key signaling cascades in mitochondria leads to development of diseases like heart disease and obesity. 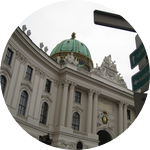 I have been working in mitochondrial metabolism for a decade focusing on NADPH homeostasis, antioxidant defense, control of ROS production by mitochondria and the impact ROS has on Krebs cycle enzymes and respiratory complexes. Most of the work I have conducted has been in the contact of human health and disease, in particular dysfunctional mitochondrial metabolism and perturbations in maintenance of redox homeostasis in various human diseases. Over the past five years, I have become very interested in redox signaling, mostly through S-glutathionylation and how S-glutathionylation reactions can control mitochondrial function. I have published over ten articles on the subject including original research communications and reviews. These articles have been published in prestigious medium and high impact journals. The present article I wish to fund is an invited review for Frontiers, an open access journal that is part of the Nature Publishing Group.

1 Lab Notes Posted
Thank you all