I propose to establish a network of adult mosquito trapping stations in the Northwestern Ohio region to assess the potential geographic range expansion of the Zika virus vectors, Aedes aegypti and Aedes albopictus. These Zika virus vectors occur in southern Ohio and these species may expand their geographic ranges northward, because of climate change. The potential for many mosquito vectors of various pathogens to expand their geographic ranges is a real possibility with climate change.

Recently, Zika virus has become established in Brazil and other countries in South America. The rapid spread of the virus in these countries is a major concern. There is also the possibility that global climate change will result in the spread of mosquito vectors of the Zika virus and other aroboviruses (viruses that are vectored by arthropods such as mosquitoes) such as yellow fever virus, Chikungunya virus, and Dengue virus. The most important mosquito vector of Zika virus, Aedes aegypti, occurs over most of the southern United States, and it has been recorded in southern Ohio. The other known vector of Zika virus, Aedes albopictus, also occurs over much of the United States and most of Ohio. It is important to track range expansions of these mosquitoes if such expansions happen.

This project will have significant importance to the area of Zika vector surveillance. Data obtained by this mosquito vector survey will be useful not only to Zika research initiatives but also to research on other mosquito vectors of viruses. Knowing whether or not vectors of the Zika virus occur in northwestern Ohio is critical not only to the scientific research community, but also to the public health agencies that are tasked with protecting the citizens within their jurisdiction. Mosquito vector distribution data are essential for targeted control strategies. Ultimately, if these mosquito vectors are detected in the northwestern Ohio region, testing of these mosquito species for presence of Zika virus and other viruses that they are know to vector is an important next step.

The goals of the project are to provide critical information regarding the current occurrence of Aedes aegypti and Aedes albopictus in northernwestern Ohio. The hypothesis I will be testing is: the distributions of Aedes aegypti and Aedes albopictus have expanded from the southern regions of Ohio into northwest Ohio. The experimental design will establish a network of mosquito traps in a wide variety of ecosystems during the spring and summer of 2016. All three trap types (BG Sentinel, gravid, and light traps) will be set up in urban, suburban, and rural habitats. Within each habitat, three traps will be used together in one location. Each habitat will be replicated 5 times, for a total of 15 trapping locations. Traps will be operated two nights each week, weather permitting.

The funds will be used to buy BG Sentinel Traps, gravid female traps, and CDC Light Traps. All of these trap types collect adult mosquitoes, especially at night. The BG Sentinel Trap is a traps that uses a chemical attractant, either carbon dioxide or a blend of chemicals emitted by humans. Carbon dioxide is attractive because the females are attracted the carbon dioxide exhaled by humans and other vertebrate animals. The gravid trap is attractive to female mosquitoes that are carrying fertilized eggs. The CDC (Centers for Disease Control) Light Traps consists of a battery-powered light and small fan, and a collecting bag. Mosquitoes are attracted to the light and are drawn into the collecting bag by the fan. The processing funds will be used to sort, identify, and store collected mosquitoes in the laboratory. It will be necessary to purchase storage vials for the adult mosquitoes. The travel funds will be used to travel to trapping locations utilized in this project. 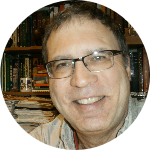 I earned a Ph.D. in Entomology from the Ohio State University in 1990. I am an insect ecologist with extensive experience in insect population and community ecology. I have worked in forest and agricultural ecosystems, focusing on insect community structure and diversity. I teach Medical Entomology and Parasitology at Bowling Green State University and I have a strong interest in broadening my research program to include the ecology of mosquito vectors of viruses.