Many vibrant colors in nature are produced by nanostructures rather than pigments. But their application is limited by iridescence - changing hue and brightness with viewing angles. This project aims to mimic the nanostructures that tarantulas use to produce bright, non-iridescent blue colors to inspire next-generation, energy efficient, wide-angle color displays. Moreover, one day non-iridescent structural colorants may replace costly and toxic pigments and dyes.

We recently discovered that some tarantulas produce vivid blue colors using unique nanostructures not found in other blue organisms like birds and Morpho butterflies. We described a number of different nanostructures that help explain how blue color evolved at least eight times within tarantulas. These colors are also remarkably non-iridescent so that they stay bright blue even at wide viewing angles, unlike the “flashy” structural colors seen in many birds and butterflies. We hypothesize that although the hue is produced by multilayer nanostructure, it is the hierarchical morphology of the hairs controls iridescence. We would like to validate our results from preliminary optical simulations by making nano-3D printed physical prototypes with and without key features of the tarantula hairs.

While iridescence can make a flashy signal to a mating bird or butterfly, it isn’t so useful in optical technology. This limits the application of structural colors in human contexts, even though they can be more vibrant and resist fading better than traditional pigment-based colors. For example, despite being energy efficient and viewable in direct sunlight, this butterfly-inspired color display, that utilizes principles of structural colors, has never made it into the mainstream because iridescence limits its viewing angle. We believe this limitation could be overcome using tarantula-inspired nanostructures that could be mass-produced in an economically viable way through top-down approaches. Those nanostructures may even be used to replace pigments and dyes someday!

We have designed five models that vary in complexity, incorporating successively more details of real tarantula hairs. We would like to fabricate those five designs by 3D nano-printing, so that we can test our hypothesis experimentally and determine which features produce blue and which remove iridescence. We'll start making those designs as soon as we reach our goal and the project is fully funded. Once these designs are made, we will compare the angle-dependency of the colors produced by each design through angle-resolved reflectance spectrometry. We'll also compare them visually through photography by taking series of shots from different angles similar to Fig. S4. Through those steps, we'll be able to identify how each feature of the complex nanostructure contributes to color.

This project has been designed using Biomimicry Thinking, and is a follow-up to our published, well-received tarantula research. In order to test our hypothesis, we are planning to use Photonic Professional GT by nanoscribe to fabricate tarantula hair-inspired prototypes by 3D printing nanostructures within millimeter sized swatches. To be able to 3D print nanostructures across these relatively large-sized swatches is critical to the success of our project. Currently, there's no widely-accessible technology out there that meets our needs other than Photonic Professional GT. However, the estimated cost just for 3D printing those nanostructures alone is $20,000. So far, we have successfully raised and allocated $13,000 of research funds through conventional means, but we are still $7,000 short. Initial trial of our most complex prototype was a success. Therefore, we're here, seeking your help. Please help us make this nano fabrication happen, and make this project a success! Thank you!

The area on which Bill is focusing uses nature as a model and has the capability to change many of the way we think about and employ color. We at GLBio are totally committed to this approach and are fully supportive of Bill and his work.

Thomas Tyrrell
CEO and Founder
Great Lakes Biomimicry7
Bill is a collaborative research student working with me in a project relating to biomimetic structure for impact protection. His proposed work on investigating nanostructures to produce colors in Tarantula hairs is another example of an exciting bio-inspired project. I am totally behind Bill. 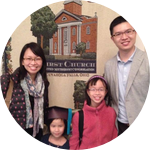 KwekTze Tan
Assistant Professor
The University of Akron
How structural colors work, and their advantages over pigment-based colors in human made products, is well studied. And yet, new mechanisms and potential applications continue to emerge. Bill's work is at the edge of one of these new fronts, which promises not only advances in the basic science, but also the possibility of new, feasible applications...it is a very exciting project right at the heart of biomimicry.

peter h. niewiarowski
Professor and Principal Investigator, Biomimicry Research and Innovation Center
University of Akron
The emerging science of biomimicry has exposed many lessons from the natural world, with much more left to discover. Bill’s work at the leading edge of structural color is helping us understand potential new production methods where use of color is an inherent quality. These insights could also lead to more sustainable application of color in many product categories. I fully support Bill’s research on nano-structures and color, looking forward to where this may lead. 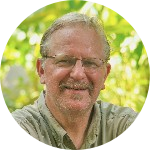 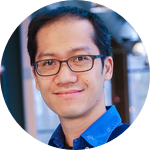 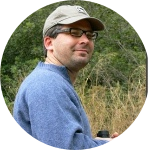 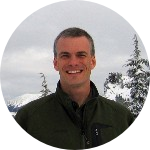 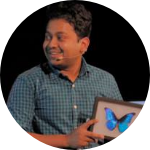 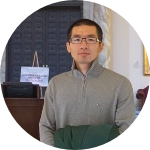 We are a team of international, multidisciplinary researchers. For each team member's expertise, please refer to the individual bios below.

I am an evolutionary biologist who recently moved to Belgium from the US. I have studied structural (non-pigmentary) colors in animals (mostly birds and other dinosaurs) for the past 14 years mostly because I find them ridiculously fascinating, but in the back of my mind I have always hoped that they may be of some practical benefit as well. Biomimetic structural colors have numerous potential applications, and non-iridescent colors are particularly promising because they may someday serve as replacements for costly and environmentally unfriendly pigments. Here we can take a real step forward in our understanding of how to reduce iridescence of structural colors and potentially move closer towards this goal.

I've explored the evolution and ecology of spiders for over 20 years in the field, laboratory and my backyard. I'm especially fascinated by how the properties of biological materials like spider silks, or in this case structural colors, evolve and help spiders adapt to their environments. Past research in my laboratory includes understanding the origin of spider silk's incredible strength and toughness, discovering how endemic Hawaiian spiders repeatedly evolve similar orb webs through convergent evolution and understanding why spiders "decorate" their webs with stabilimenta. My recent work is especially focused on understanding how spider silks can inspire new types of biomimetic muscles and adhesives.

Radwanul Hasan Siddique has just received his PhD from Helmholtz Institute of Microstructure Technology (IMT) of Karlsruhe Institute of Technology (KIT), Germany and is going to start his postdoctoral research at California Institute of Technology (Caltech), USA. His research interests include understanding the light-matter interaction that creates the stunning structural color in nature, mostly butterflies and how this phenomena could be replicated artificially using nano/micro fabrication techniques for sustainable and multi-functional optical applications. He worked at University of Cambridge, UK as a visiting researcher. He completed his Masters degree under Erasmus Mundus EUROPHOTONICS, funded by EU Commission where he attended Karlsruhe Institute of Technology (KIT), Germany; Institute of Photonic Sciences (ICFO), Spain and CNRS laboratory Institute Fresnel, France. Before coming to Europe, Radwanul completed his BSc. in Electrical and Electronics Engineering from Bangladesh University of Engineering and Technology (BUET), Bangladesh.

Li Jia Jiang is currently a Ph.D. candidate in Laser Assisted Nano Engineering (LANE) lab at University of Nebraska-Lincoln and is expected to obtain his Ph.D. degree in May 2016. His research interests are including two-photon polymerization for 3D micro/nanofabrication, laser-material interactions, spectroscopy for material characterization and 2D materials.

Dr. Yongfeng Lu is currently the Lott Distinguished Professor of Engineering at the University of Nebraska-Lincoln (UNL). He has more than 20 years of experience in laser-based micro/nanoscale materials processing and characterization. His group has research projects funded by NSF, AFOSR, ONR, DTRA, DOE, DOT, NCESR, NRI, private companies, and other foundations in Japan, with research expenditures of $20 million in the past a few years. His research has led to a number of commercialization and product developments. He has authored or co-authored over 300 journal papers and 350 conference papers. He has been elected to SPIE fellow, LIA fellow, and OSA fellow. He served as the President of the Laser Institute of America in 2014. He has also served as chair and general chair for major international conferences in the field including the general congress chair for the International Congress of Applications of Lasers and Electro-Optics in 2007 and 2008, and general co-chair for LASE in Photonics West 2014 and 2015.

Gain access to the above backer exclusive lab notes by becoming a backer NOW!

Other people's projects made possible by Photonic Professional GT:

We thank Sarah Han for shooting and editing the introductory video.