- Cuckoos foraging at our study site were largely observed eating small and medium sized caterpillars but also leaves and flowers. The latter may be to aid digestion of toxins in some of the caterpillars.

- Our results highlight the importance of Colombia's Caribbean tropical dry forests for the declining Yellow-billed Cuckoo but time is running out. 92% of Colombia's dry forest have already been cleared, most to make way for cattle pastures.

Travelling thousands of kilometers every year, the Yellow-billed Cuckoo is a true globe trotter. Its epic migration takes it from its breeding grounds in North America’s deciduous forest, across the Caribbean and the Amazon basin, and deep into South America – and back again! With your support, in this phase of the Neotropical Flyways Project we will answer the big unanswered question, how?

So how does a Yellow-billed Cuckoo get from Brazil to Tennessee and back again?

Part of the answer may lie in the species' nickname in North America, the “rain crow”, which hints at its association with rainfall and times of plenty. Indeed, the species' presence is somewhat unpredictable throughout the Americas, and it would seem that it seeks out superabundant caterpillars that are there one moment but gone the next. The problem is, we have no idea where Cuckoos find these fleeting bonanzas. More worrying is that we are running out of time, as the species populations are in trouble, having declined 54% since 1970.

In 2016 we carried out surveys across northern Colombia as part of the Neotropical Flyways Project, uncovering a previously unknown concentration of Yellow-billed Cuckoos. During approximately three weeks of their spring migration, large numbers of cuckoos were found in tropical dry forests. We suspect that these forests provide birds with the huge energy reserves needed for long-haul flights over the Caribbean Sea and the Gulf of Mexico, enabling cuckoos to complete what is probably the most risky stage of their migration.

The problem is that 92% of Colombia’s dry forests have been cleared to make way for cattle pastures, such that the remaining 8% may be critical to migrating cuckoos and the species' survival. That's why we need to find out how they use these forests and soon!

To solve the Rain Crow Mystery, we will study in minute detail how cuckoos use Colombia's dry forests and biodiversity-friendly farming practices like silvopasture. Through observations, captures and cutting-edge tracking techniques (nano-tag radio-transmitters) we will answer three key questions: How long do cuckoos stay? How much energy do they store? What are they eating and which trees are important? This will allow us to make recommendations to farmers.

Finally, we will track radio-tagged cuckoos as they head north, through an array of automated Motus receivers. Understanding what cuckoos do on leaving Colombia, is central to understanding just how important this stopover is to their overall migration strategy.

We have everything we need to go to the field except salaries for our skilled Colombian research team. We have already been promised 10-15 radio-tags from Ana María Gonzalez (U. Saskatchewan) and Keith Hobson (Environment Canada), and we have an automated radio telemetry tower also provided by Environment Canada to monitor the birds. The Cornell Lab of Ornithology has provided funding to cover travel and accommodation, so there is just one piece missing - covering our researchers time. Finding research jobs in Colombia is tough and rather than resorting to volunteers, we want to provide employment and build in-country capacity at the same time. By supporting our researchers you will be building the ornithological community in Colombia.

DONATE more than $100 and one of first 10 cuckoos to be tagged will receive the name of your choice, which will appear in maps showing their journeys. Remember, this is an all or nothing campaign, if we don't reach our target, we receive nothing.

As a collaborator on the Neotropical Flyways Project, I have the highest respect for Nick and his Colombian coworkers, as they combine well-designed field work with novel tracking technologies to unravel the mysteries of bird migration. I am particularly excited about this study of Yellow-billed Cuckoos, which will contribute vital information to conserve a poorly known and steeply declining species while also helping to protect one of the most threatened ecosystems—tropical dry forest. Please support this project! 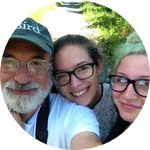 Kenneth Rosenberg
Applied Conservation Scientist
Cornell Lab of Ornithology
Nick and his team are incredible field biologists addressing critical conservation needs for resident and migratory birds in Colombia. This particular project is very exciting for a number of reasons: first it will provide much needed information on habitat requirements for the enigmatic Yellow-billed Cuckoo on its wintering grounds. Second, this project will highlight the importance of tropical dry forest to wintering migratory birds. I urge you to support Nick and his team! 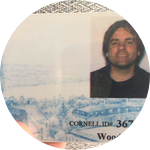 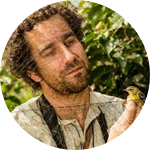 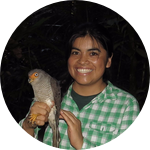 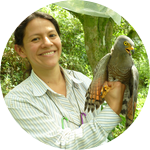 I have been working in the wonderful world of birds for about 8 years and the more I know, the more surprised I am, which generates a desire in me to continue learning from them. Last year I had the opportunity to discover how amazing migratory birds are and their natural history is really surprising. I have found researchers and people who have motivated me to learn and work for this group, who have infected me with their passion and their concerns but above all, they have taught me how to work as a team for the conservation of migratory birds and biodiversity in general. Now I understand when people say that a few people in small places, doing little things can achieve great things!

I began birdwatching in 2007 when I first took part in a Christmas Bird Count in Bogota, Colombia. My clearest memory from this first foray into the field was a Broad-winged Hawk, a migrant from North America. With my interest piqued, my undergrad thesis was dedicated to aquatic birds in rice fields and I have never looked back since. I am always looking for ways to improve my skill set, which led me to begin bird banding, and over the last four years I have received training at Long Point Bird Observatory and have taken part in multiple banding studies in Colombia. The latter gave me the chance to work with migratory birds, tagging Swainson's Thrush with geolocators and carrying out a radio-tracking study of Canada Warblers in shade-coffee plantations. Right now I am looking for a chance to develop a Master's thesis, to develop the many ideas I have had over the years.

The Rain Crow Mystery is part of the larger Neotropical Flyways Project (NFP) led by Colombian NGO SELVA with support from the Cornell Lab of Ornithology and Environment and Climate Change Canada. Over the coming years, the NFP aims to solve countless mysteries relating to the migration of landbirds within the Neotropics - a region stretching from southern Mexico into South America - thereby defining conservation priorities throughout the region.

Beyond defining the road map for the maintenance of the migration of millions of birds, the NFP also focuses on training and supporting local researchers. We hope that the legacy of the NFP will be a group of Latin American biologists dedicated to investigating and conserving migratory birds in Central and South America. We will also strive to create links between researchers across continents, such as with the Wood Lab that studies Yellow-billed Cuckoos in North America.

The methodology for this project has been tried and tested during the last seven years in the SELVA project "Crossing the Caribbean". The results are published in multiple papers and include remarkable insights into migration strategies, such as direct 3000 km flights by Gray-cheeked Thrush from Colombia to Indiana! 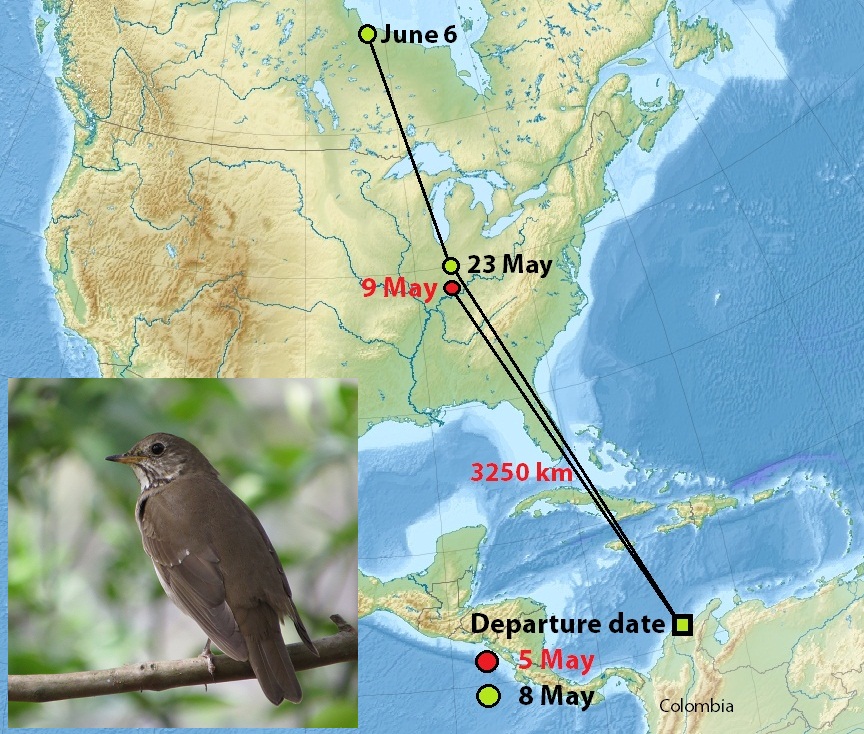