Based on the results of a previous study, we question the role of "spikes" on Acanthodactylus schreiberi's toes.

We aim to study three populations of the species A. schreiberi, from different habitat types, to find if there are any spike-related adaptations (morphological or physiological), that affect sprint performance.

To achieve that comparison, we will use a custom racetrack and different substrate types (sand, dirt, dirt/rock), mimicking substrates found on the three habitats.

Acanthodactylus schreiberi is a fast moving lizard that can be found in Cyprus and is considered to be an Endangered species according to IUCN’s Red List. As a sand lizard, it's commonly found in coastal areas, but surprisingly there are also recorded populations at altitudes of more than 1200m (Baier et al. 2009).

Lizards from the genus Acanthodactylus are known to use their toe fringes (protruding scales) in order to run fast, without sinking, on sandy substrates as a result of the maximized contact area by the fringes' surface (Luke 1986, Higham 2015). In the case of A. schreiberi, fringes are smaller (more spike-like) and slightly laterally placed, compared to other species (Salvador 1982), thus raising questions on their use.

Apart from coastal areas, A. schreiberi can be found in various (non sandy) habitats in Cyprus (from dirt substrate plains to rocky substrate mountains).

Last year we conducted a study on A. schreiberi's sprint performance and we found that toe fringes related features, can have beneficial effects on maximum speed and acceleration, when running on cork substrates (study under review for publication). These findings suggest that fringes continue to have their beneficial effects on non sandy substrates.

We question their role as sand specializing tools and test their role as a grip/traction enhancing tool (used like spikes found on sprinters’ shoes).

We are planning to publish the final results of the proposed study in a scientific journal.

With the use of a custom racetrack and high speed video recordings (at 240fps) we will be able to quantify max. speed and max. instant acceleration for individuals from three different populations.

Furthermore we are going to study the microarchitecture of spikes (i.e. spikes length and number on largest finger) among populations, to find if there is a correlation between spike characteristics and performance, on the three different substrate types.

These results can be indicative on any diverse, spike-related, adaptations among populations and it will be also possible to search for direct or indirect evidence on spikes' use, by comparing the performance measured on the sandy substrate against the two other solid substrates (dirt and dirt/rock).

In order to successfully carry out the field work we have to visit two habitats where accommodation is necessary and so some living expenses are unavoidable during fieldwork. The equipment expenses are mainly about the design and build of a custom racetrack, with its interchangeable substrates, that allows video recording from at least one side. There is also the need to buy a camera with at least 480p recording capabilities at 240 frames per second. Last there are the caring (food, dietary supplements etc.) and housing (terrariums, heating and UVB lamps etc.) expenses for the animals during the process of the experiment in the laboratory.

I am really keen on seeing this project go forward. The function of toe fringes has always been an enigma, and the fringes on the toes of A. schreiberi are particularly unusual. The planned experiments will significantly enhance our understanding of the role of these unique features. 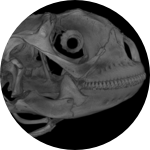 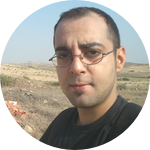 I hold a B.Sc degree on Medical Laboratories (2010, Technological Educational Institute of Athens) and also an M.Sc degree on Experimental Molecular Biology (2013, University of Cyprus). Now I am a postgraduate student (PhD candidate) at the University of Cyprus in the Department of Biological Sciences (Ecology and Biodiversity Laboratory). I entered the doctoral program of Ecology and Biodiversity in 2013 and I have successfully completed the lesson courses needed for the program and already started my research. Until now, I presented parts of my work in national and international conferences, and I also published a part of my M.Sc research in the scientific journal Aquatic Ecology.

Throughout the years as a student in the fields of Biology, I was always fascinated by the unique reptilian physiology and behavior. Now, as a Ph.D candidate in the field, I can point out the importance of using reptile models to answer scientific questions from various topics (i.e. evolution, climate impacts, ecophysiology, social behavior etc.), based on their diverse ecological features as vertebrate organisms.

My Ph.D research includes field and laboratory experiments and focuses on the behavior and ecophysiology of lizard species found in Cyprus. The current project will be a part of my Ph.D thesis and the perspective of a possible crowdfunding will be of great help because of budget limitations.

I received my Degree in Biology at the Univ. of Athens (1988) and my PhD at the same Department (1994). From 1996 to 2001, I worked as Research Assistant at the Zoological Museum of the Univ. of Athens. In 2001 I was elected as a Lecturer (Ecology of Terrestrial Animals) at the Univ. of Patras (Dept. of Biology), and as an Assistant Professor (Ecology and Biogeography of Terrestrial Animals) in 2006. In January 2012 I started working as an Associate Professor (Ecology and Biodiversity) at the University of Cyprus (Dept. of Biological Sciences). My research interests lie in the field of biodiversity analysis, with emphasis on terrestrial arthropod communities and theoretical and empirical aspects of biogeographic research, exploring factors that affect diversity in insular biota. I explore the differentiation of arthropod taxa in insular regions, particularly in the Aegean, semi-isolated habitats of continental Greece and in Cyprus, at both the phenotypical and the molecular levels. Furthermore, I am an expert in the taxonomy of terrestrial isopods (Crustacea, Isopoda, Oniscidea) and have described ca. 22 species new to science. Another line of my research includes the exploration of arthropod communities exploiting different habitat types and their responses to fire. I also worked on the reproductive and migratory behaviour of birds, such as Falco eleonorae and Calonectris diomedea.

Finally, I supervise doctoral theses of post-graduate student at the Univ. of Cyprus on subjects such as the ecology and behavior of lizards (e.g., Acanthodactylus schreiberi), phylogeography and evolutionary dynamics of Cyprus' endemic animal taxa, phytoplankton communities in Cypriot coastal seawater, applied entomology, fossil fish of Cyprus, and I also participate on several other projects relevant to biodiversity research.

I am faculty member at the Department of Zoology of the National and Kapodistrian University of Athens. My research focuses on evolutionary biology, ecophysiology and animal behavior. In my lab we are particularly interested in lizards and my students are engaged in various projects related to thermal biology, infraspecific competition, digestive performance and sprint performance.

2 Lab Notes Posted
... you can run but you cannot hide! ;)
Estimation of max. speed and max. instant acceleration 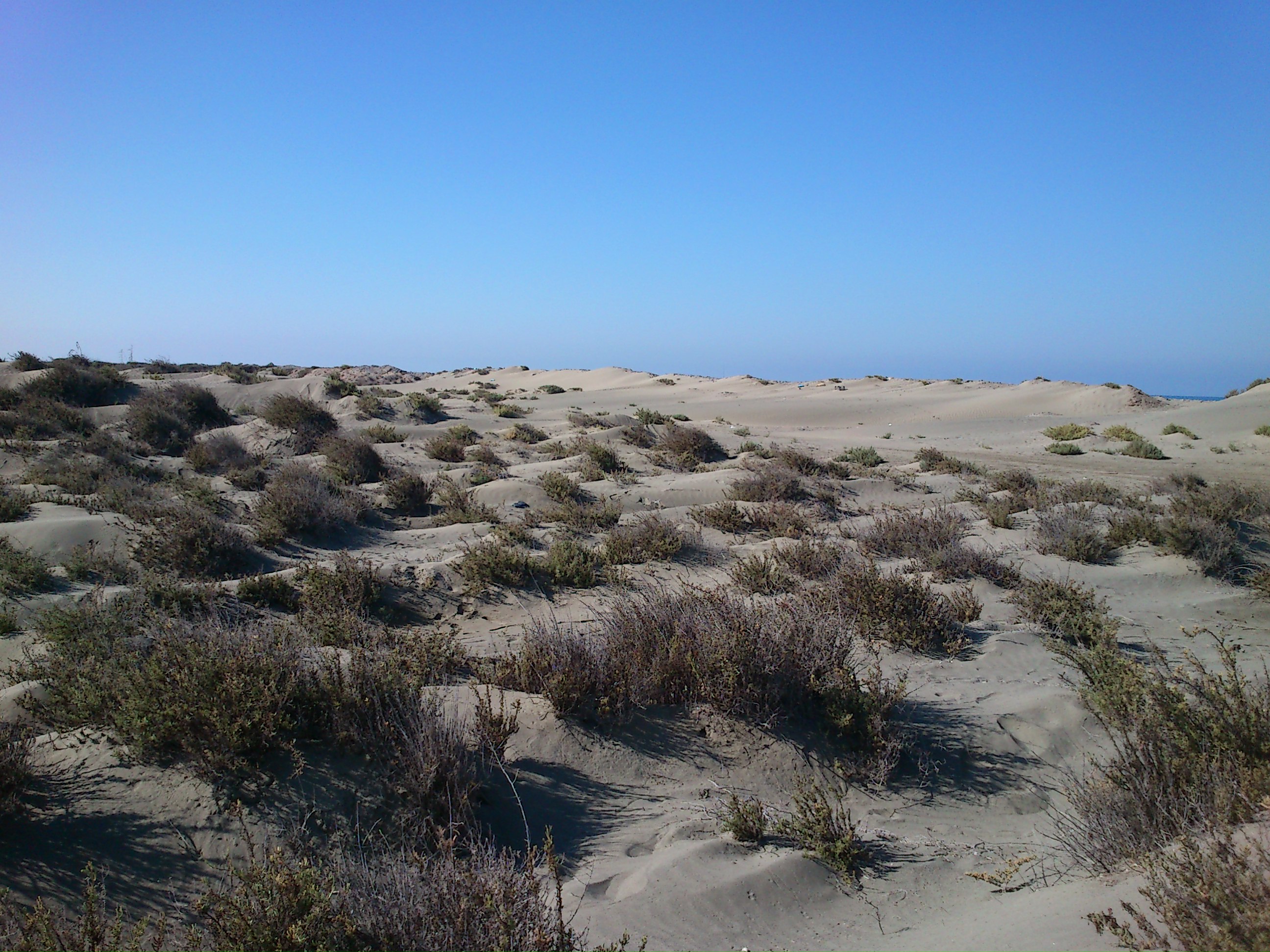 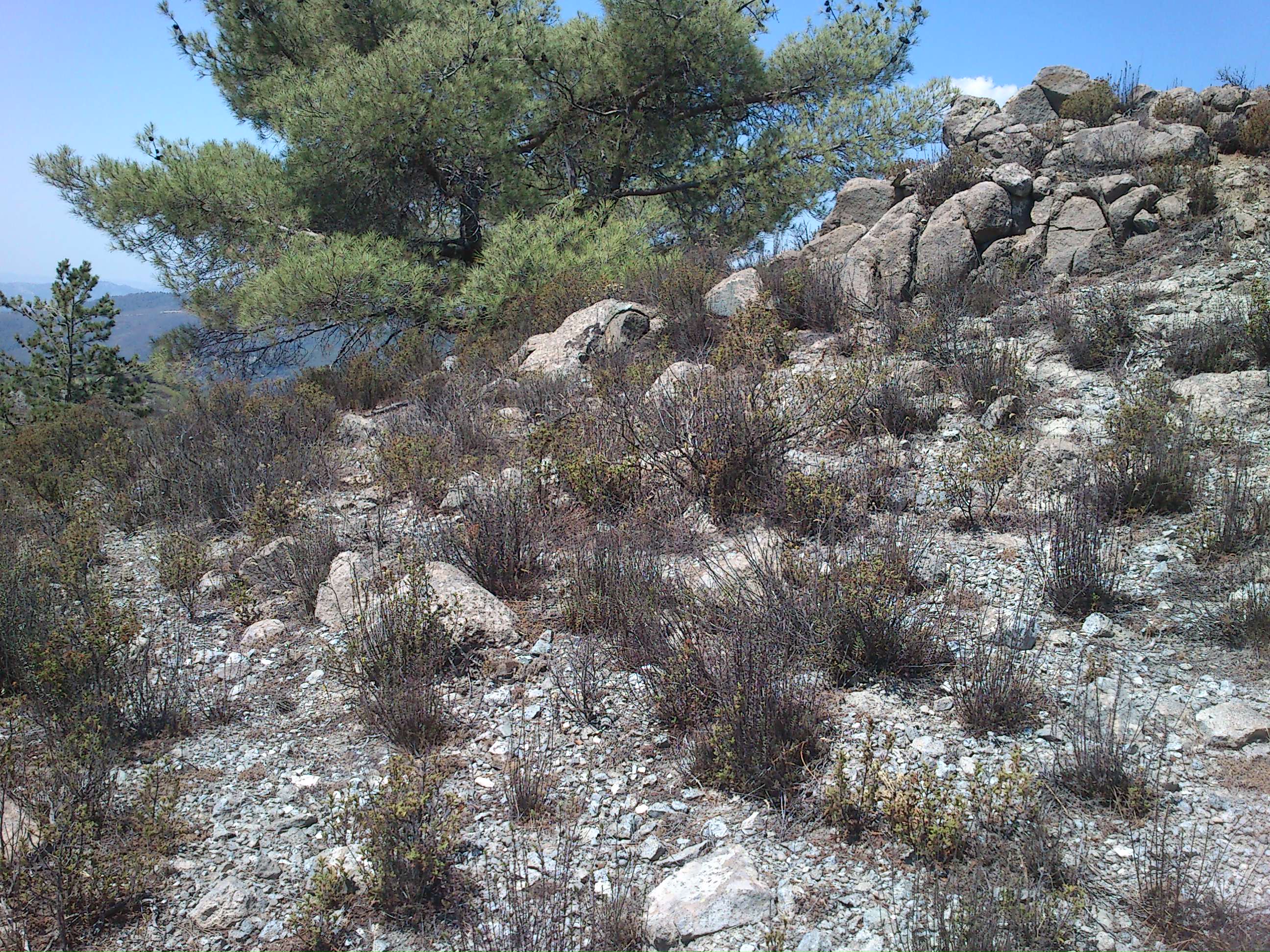 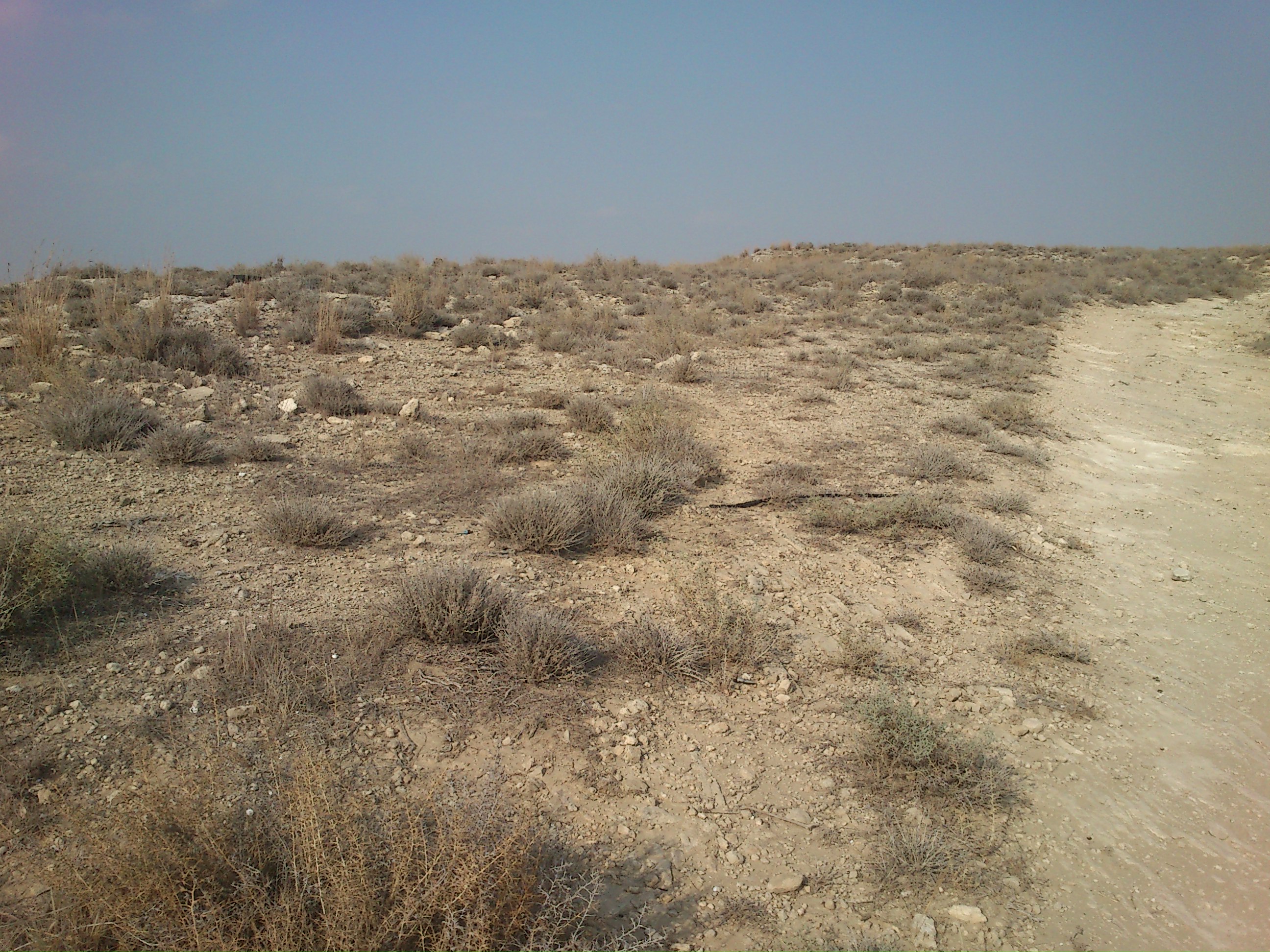 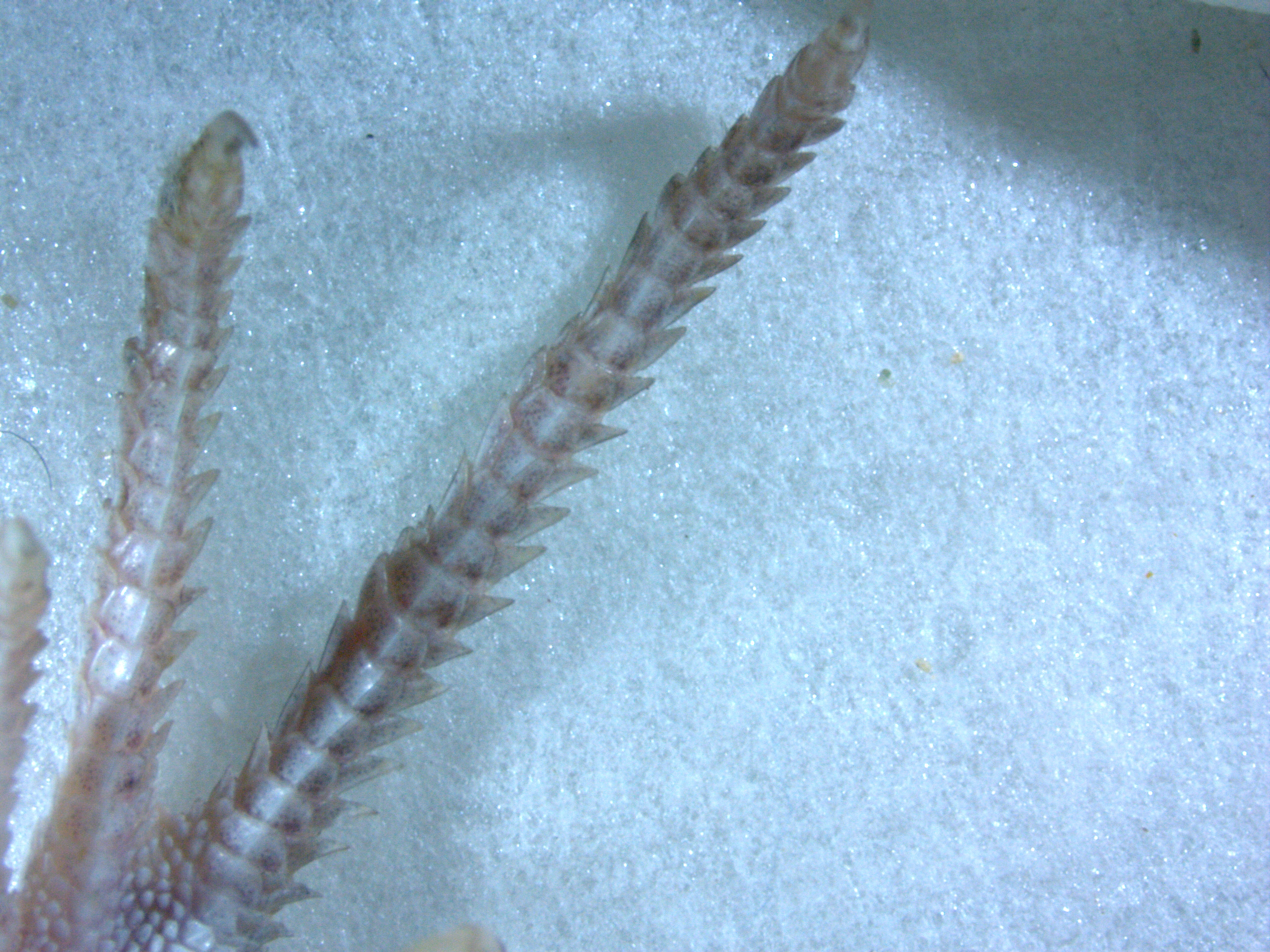