The spiny mouse can regenerate several tissues and organs, most notably the skin, without scarring. This is a remarkable ability for a mammal. Until now, regenerative properties had only been observed in plants and lower vertebrates. We will catalog the genetic composition of spiny mouse by sequencing its transcriptome, and compare this to gene catalogs of non-regenerative mammals (including human). This provides a foundation to reveal the molecular underpinnings of regeneration in mammals.

Humans and most other mammals cannot regenerate their tissues. Following some form of damage such as a skin wound or a heart attack, fibrosis sets in and instead of replacing cells and tissues, a scar forms. Preventing scarring is thus the fundamental mechanism by which regeneration can be induced in normally non-regenerating mammals. Incredibly, spiny mice heal wounds in a regenerative manner without producing scar tissue, and regrow hairs, glands and dermis. This provides us with a unique opportunity to specifically identify and compare difference in genes and gene regulation between spiny mouse and other non-regenerating mammals. This may lead to an understanding of the molecular requirements for scar-free wound healing, as well as the regeneration of other organs.

Until now, researchers thought only lower vertebrates could regenerate. The long evolutionary distance between these creatures and humans has prevented translational discovery to humans. We have discovered that the spiny mouse can regenerate its tissues because it does not scar. Humans cannot regenerate tissue. Spiny mouse is the only mammal known to possess such powerful wound healing ability. Spiny mouse provides us with a unique opportunity to compare the closely related genomes of the regenerating spiny mouse and the non-regenerating lab mouse in order to discover novelties in gene structure, gene organization or gene control which are responsible for regeneration – discoveries that may lead to an understanding of how to make regenerative healing possible in a therapeutic context.

This project will obtain a catalog of genes expressed in the spiny mouse. We will use single-molecule DNA sequencing to sample the spiny mouse transcriptome – the collection of sequences that represent the genes that are expressed within spiny mouse. This process will also identify alternate messages (transcript isoforms) that are often produced by mammalian genes. Comparative genomics analysis will be conducted between spiny and non-regenerating mammals whose gene sequence collections are available by virtue of public science programs like The Human Genome Project. All of our data will be publicly released and freely available. These data are a foundation to identify the molecular tool-kit behind scar-free healing that can advance treatment and therapeutics for human wounds and disease.

We have suitable collections of total RNA isolated from spiny mouse which will be used to prepare cDNA for PacBio sequencing libraries, and these will be sequenced on the PacBio Sequel system. We expect to recover several million sequence reads that this will provide deep redundant coverage of the majority of gene transcripts expressed within the spiny mouse.

The spiny mouse model is an amazing creature that could change the face of regeneration science. This team of scientists includes both the pioneers in characterizing the system, and top flight genomicists. The potential impact on human health is real and important. 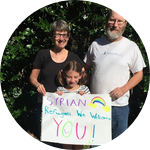 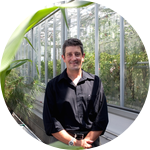 University of Florida, Department of Biology and the UF Genetics Institute.
View Profile 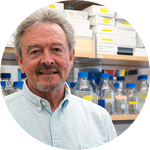 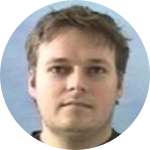 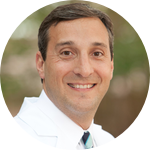 I develop and employ computational, comparative and functional genomics approaches to study genome architecture, function and evolution. While I was a post-doc working on the human genome project it became clear to me that the genome era would not only influence the scope and type of questions that would be investigated in biology, it would require a paradigm shift in the way experimentation and data analysis were performed. I work with large and complex plant and animal genomes where we apply computational sequence analysis methods to assemble and annotate large genomes and transcriptomes, investigate within species and between species sequence variation, genome structure, gene structure, gene content, gene/genome organization and gene regulation. My research projects involve collecting primary genome annotation data in the form of genome sequences and catalogues of genes, developing methods and tools to leverage next generation sequence capacities, examining gene-expression, identifying targets of RNA and DNA binding proteins, analyzing alternatively spliced isoform expression, leveraging genomic data and approaches to address fundamental evolutionary questions concerning genome evolution, and examining the function and regulation of RNA processing.

My research is focused on understanding the cellular and molecular regulation of tissue and organ regeneration using several different model systems. This work is based on the principle that regeneration recapitulates development, and, by studying the signaling pathways utilized in development, we hope to induce regeneration in non-regenerating systems. Accordingly I have studied various systems of the body: the nervous system, the limb, and the lung, and evaluated the role that a crucial signaling molecule, retinoic acid (RA), plays in the development of these organs. Following this development to regeneration principle, we have had considerable success at inducing regeneration in non-regenerating mammals by administering RA. Similarly, by examining how signaling pathways are regulated in a naturally regenerating model organism, such as the axolotl (an amphibian with remarkable powers of organ regeneration), we can compare the molecular processes involved in regeneration to non-regenerating repair in a mammal. This helps us understand where the two processes diverge. Most recently, however, we have discovered there is a mammal that can regenerate, the spiny mouse. It can repair full thickness skin wounds, replace hairs and heal without scarring. This has now become the focus of my regeneration studies.

My research interests are focused on understanding the molecular mechanism of transcriptional regulation. Previously my work focused on epigenetics and in particular DNA methylation. Epigenetics refers to changes in gene expression that are not due to changes in the underlying DNA sequence, and is critically important for proper development and in establishing tissue-specific gene expression patterns. I have studied the effects of environmental and dietary insults in utero on the epigenome, and subsequently on aberrant gene expression in the offspring in adulthood. Most recently my research has focused on the molecular events that drive the response to wounding. The African spiny mouse has recently been shown to possess the ability to heal in a scar-free manner following full-thickness skin wounds, and can fully regenerate all associated structures in the skin. By studying the response of the immune system and of the components of the extra-cellular matrix, we hope to be able to induce scar-free repair and even regeneration in non-regenerating mammals.

The focus of our research lab is to develop novel approaches to tissue repair, replacement and regeneration, with a particular interest in the role and utility of adipose-derived cells and factors. Our lab has extensive experience with the isolation, culture, characterization, and application of adipose-derived cells since describing their presence in a seminal patent (‘231) and peer-reviewed publications reflecting work started in the mid 1990s. As a clinician, I am particularly interested in exploring novel strategies for tissue repair and wound healing that have the potential to be translated to patients in need of better reconstructive options and outcomes than currently available. Like others on the team, I am intrigued by the non-scarring response of the spiny mouse, and our lab is now engaged in characterizing the putative stem and progenitor cells within spiny mouse adipose and dermis.

Please note: All protocol procedures were approved by the University of Florida Institutional Animal Care and Use Committee (IACUC).