Trematodes are a highly diverse group of parasitic flatworms with complex multi-host life-cycles. I’ve collected trematode specimens from the Great Barrier Reef, which are awaiting scientific descriptions and names. Of these specimens, a peculiar form was recovered from the unicorn fish Naso unicornis.

The Great Barrier Reef is the largest coral reef system in the world, and supports the greatest biodiversity of marine fishes in Australian waters. This reef further supports a diverse and fascinating parasite fauna. Although great effort has gone into the task of discovering and describing the trematodes of the Great Barrier Reef over the last century, the diversity of the small digenean family Haplosplanchnidae still remains poorly known (Cribb et al. 2014).

I’ve collected many undescribed species of the Haplosplanchnid genus Schikhobalotrema from Acanthurid fishes, with a fairly distinctive species originating from the unicorn fish Naso unicornis. It is clear that this unicorn fish parasite represents a new species, which I am preparing to name with a formal scientific description.

Parasitism is among the most successful modes of life, reflected in the sheer abundance and biodiversity of parasitic species. Parasite-host interaction, the so called “arms race”, is an important driver of evolution. Trematodes interact with multiple species across varied taxa during the course of their complex life-cycles. Knowledge of trematodes helps us understand trophic interspecies interactions, disease ecology, and abstract evolutionary concepts such as trophic tracking, life-cycle evolution, and host-parasite co-evolution. This study seeks to begin a systematic characterization of the Haplosplanchnidae fauna of the Great Barrier Reef, while concurrently producing the molecular data which will allow for a better understanding of the phylogenetic relationships of the digenea.

The main goal of this project is to produce a morphological and molecular characterization of a new species of digenetic trematode of the family Haplosplancnidae. This characterization will be written up and published as a formal scientific species description in a peer reviewed scientific journal. However, the utility of the data produced during this project does not end with the publication of the species description. The molecular sequence data generated during the course of this study will be archived on GenBank where anyone will be able to access the data and use it for phylogenetic comparisons across taxa. This study will be the first in a planned series of taxonomic investigations into the family Haplosplanchnidae on the Great Barrier Reef.

I've already collected the specimens of this new species of trematode from the Australia's Great Barrier Reef! The key support I need in order to complete the description of Schikhobalotrema n.sp. is for molecular analyses (DNA sequencing) of my samples. The molecular data will allow for us and future workers to easily distinguish S. N.sp. from other similar species using the sequence of the ITS2 region of the genome. Using the 28S region of the genome I'll be able to infer the phylogenetic relatedness of S. N.sp to other species in the family Haplosplanchnidae, and its relatedness to the rest of the trematoda.

This is a great study. There is so much to be done in getting to grips with the diversity of parasites in marine life. Dan's combined morphological molecular approach is the way to go! 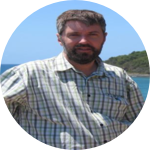 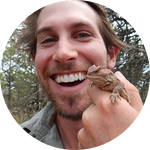 The University of Queensland
View Profile

I'm an invertebrate zoologist, currently studying an incredible diverse group of parasitic helminthes, the digenetic trematodes. I'm broadly interested in trematode systematics, and have a particular interest in the evolution of complex life-cycles. This interest has brought me to Australia, in order to study trematodes and their life-cycles on the Great Barrier Reef, where parasite diversity is at its richest and most challenging.

Some drawings of specimens
Thanks everyone!