After a year or so of work on the project, I am happy to announce that we have posted the preprint of the first paper that uses the data funded by my backers! This study combines our data with publicly available data to investigate the patterns of genome evolution experienced by bacteria that have transitioned from a free-living life history strategy to living inside of sponges.

My project tests the hypothesis that microbiomes drive ecological differences among three new sponge species (Ircinia spp.). To test this hypothesis, I will sequence the metagenomes of 21 sponges (n=7 for each species) to infer how ecologically impactful processes differ among the new species. By describing the ecological relevance of these new sponge species, my project can help advocate for their protection, the preservation of ecological diversity, and ultimately the health of coral reefs.

Species descriptions are often limited to comparisons of anatomical features. This approach is not suitable for many groups of organisms, including sponges, because they have relatively few complex traits. I developed a species delimitation pipeline to circumvent this obstacle, which successfully identified evidence of reproductive isolation among Caribbean members of the genus Ircinia using the hosts’ genetics and 16S rRNA data. This study formed the foundation for my current project as it discovered that the five Ircinia species, three of which are new to science, all host distinct microbiomes. I now seek to bring ecological relevance to these new species by using metagenomics to infer the physiological processes performed by their microbiomes.

It is no secret that coral reefs are under threat due to human activities and that we must act now to preserve the immense biological diversity that they support. Protection of coral reefs benefits from a thorough understanding of the biological processes that are being performed by their inhabitants. The microbiomes of sponges are involved in geochemical cycles that help maintain favorable environmental conditions for other coral reef inhabitants. Additionally, they produce chemicals that can be used in industrial and medicinal applications. My research will illuminate what ecological functions are being performed by the microbiomes of three new sponge species and will help demonstrate that there is much hidden diversity on coral reefs deserving protection.

I discovered and described the three new sponge species mentioned above, so I already have the specimens required for this study in hand. The publication detailing the results of the species delimitation study is in preparation.

The overarching goals of my current research project are to describe how microbiomes drive ecological differences among the three new sponge species and to investigate the contributions of these new species ecological processes on coral reefs. For each species, I will sequence the metagenomes of seven specimens (totaling 21 samples). These metagenomes represent the microbial DNA present in a specimen and will allow me to infer which biological processes are occurring in each species and how they may be impacting other coral reef organisms.

Metagenomics is performed by sequencing the microbial DNA present in a set of samples. For my project, I will be sequencing the DNA of my sponges' microbiomes, which will allow me to identify which microbial genes are present in the sponges. We can then use this information to 1) quantify how microbial processes differ among the three new sponge species and 2) infer ecological contributions from these three new sponge species. To prepare my specimens for DNA sequencing, I require reagents that amount to $1600. These include a DNA extraction kit, adaptors that allow the DNA to attach to the sequencing machine, and unique DNA barcodes that identify which specimen a DNA sequence came from. The DNA sequencing run will be performed on an Illumina HiSeq4000, which will produce the raw data for my analysis. The budget items listed above will completely cover the expenses required to finish my project.

This is a very interesting project. Systematics and ecological importance of sponges of the genus Ircinia are poorly known and the studying their microbial associates is timely and promises significant results. The applicant is superbly qualified to carry out this kind of research. I look forward learning about his results. 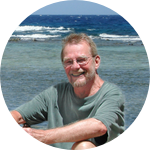 I expect the duration of the project to last roughly four months, from funding to publication. I am adept in the wetlab, computational, and analytical techniques required to perform every step of my workflow. Thus, I expect that I will complete this project in a timely fashion.

Submit publication to a peer-reviewed journal. 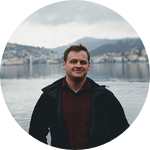 My dream of becoming a marine biologist has been lifelong and steadfast. One of my first childhood memories is of a flipbook I made that guided the reader through the basics of plankton biology. From my 7-year old point of view, these mysterious organisms inhabited a seemingly alien world, one that was an endless source of kindling for my hopeless fascination. I jumped on every opportunity to read about sea creatures, see them in zoos and aquaria, and, if I was lucky enough, be among them in the waters that they call home. It became increasingly obvious with each passing day that I was destined to study marine biology.

I have been fortunate to realize my dream by pursuing an academic career in marine science. I can summarize my research interests in two overarching goals. First, I seek to investigate the biological processes that produce and maintain the immense diversity of sea-dwelling organisms. Second, I want to develop tools to aid in the discovery and description of new marine species. To accomplish these goals, I am combining emerging DNA sequencing technologies, theories on molecular evolution, and cutting-edge computational techniques to continuously push the boundaries of scientific inquiry. I hope that my research will help further conservation efforts by describing new species that will provide new insights into biodiversity that can guide natural product discovery.

2 Lab Notes Posted
It is with the utmost pleasure that I present to you our...
The campaign is fully funded!