The evolution of pantropically distributed clades has puzzled palaeo- and neontologists for decades regarding the different hypotheses about where they originated. In this study, we explored how a pantropical distribution arose in a diverse clade with a rich fossil history: the avian order Coraciiformes. This group has played a central role in the debate of the biogeographical history of Neoaves. However, the order lacked a coherent species tree to inform study of its evolutionary dynamics. Here, we present the first complete species tree of Coraciiformes, produced with 4858 ultraconserved elements, which supports two clades: (1) Old World-restricted bee-eaters, rollers and ground-rollers; and (2) New World todies and motmots, and cosmopolitan kingfishers. Our results indicated two pulses of diversification: (1) major lineages of Coraciiformes arose in Laurasia approximately 57 Ma, followed by independent dispersals into equatorial regions, possibly due to tracking tropical habitat into the lower latitudes—the Coracii (Coraciidae + Brachypteraciidae) into the Afrotropics, bee-eaters throughout the Old World tropics, and kingfishers into the Australasian tropics; and (2) diversification of genera in the tropics during the Miocene and Pliocene. Our study supports the important role of Laurasia as the geographical origin of a major pantropical lineage and provides a new framework for comparative analyses in this charismatic bird radiation.

A Laurasian origin for a pantropical bird radiation is supported by genomic and fossil data (Aves: Coraciiformes)

A Laurasian origin for a pantropical bird radiation is supported by genomic and fossil data (Aves: Coraciiformes)

Understanding biodiversity is fundamental to biology. To do so, we need to know the evolutionary tree of life (phylogeny), where organisms live (biogeography), and how they interact with their environment (ecology). For my masters thesis, I am generating a fully-sampled molecular phylogeny of the avian order Coraciiformes (kingfishers and allies) using Ultraconserved Elements to generate thousands of DNA sequences (akin to "molecular fossils") to use in analyses.

Birds are classified into 36 orders and > 200 families. The order Coraciiformes has 177 species in 6 families. Five families are restricted to specific regions: Neotropical motmots, Caribbean todies, African bee-eaters and rollers, and Malagasy ground-rollers; whereas the final family, kingfishers, are widespread. Feeding strategies differ within and between families, ranging from eating only fish, to diverse insects, to only bees. Species diversity is skewed: kingfishers comprise 64% of diversity, whereas todies and ground-rollers each have 5 species. This group is ideal because it is diverse both in numbers of species and morphological and geographical variation, has tractable diversity and available genetic information for all species in museums.

Kingfishers receive the majority of attention from researchers, and work on specific groups of Pacific Island species has shown exceptional speciation rates, but the remaining families are understudied even though their species limits are still being hypothesized. For my master's thesis, I propose to generate the first completely sampled phylogenetic tree of Coraciiformes using Ultraconserved Elements (UCEs), which is a new method that captures thousands of DNA sequences rather than sequencing one gene at a time. Using this tree, I can explore macroevolutionary patterns such as the disparity of diversification rates across the group, historical biogeography, and trait evolution of bill morphology and foraging behavior.

I will use a new approach to gather genome-wide genetic data: target capture of ultraconserved elements. Combined with advances in sequencing technology, I will collect thousands of gene sequences from all coraciiform species. To date, I have collected UCE data from 96 of 177 coraciiform species and I have analyzed a preliminary phylogeny, including 21 of 35 coraciiform genera. Eighty-one species remain to be sequenced before a fully-sampled phylogeny is realized. Lab work for these 81 samples are already underway, funded by my advisor. This crowdfunding campaign will help fund the sequencing costs of UCEs from those 81 species (which is about $13 a sample).

All of the equipment and reagents needed for this project are already purchased by my advisor. Funds from this proposal will be put towards next-generation sequencing costs for the Illumina HiSeq 3000 sequencer at University of Oklahoma Clinical Genomics Center, Oklahoma City, Oklahoma which has the best current pricing. This machine is the best and most efficient available. Sequencing of DNA is paramount to the completion of my research.

Jenna's proposed Coraciiformes phylogeny is essential to understanding evolutionary relationships among species of this beautiful order, and the use of cutting edge sequencing technology (UCEs) makes this project feasible in the scope of her MS work. This research has implications for classification, bioinformatics, tests of adaptive hypotheses, and future studies examining correlations between traits and environmental conditions. Jenna and Mike are very experienced and make a great team - I couldn't be more excited to see this project unfold! 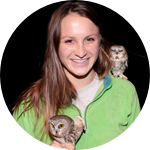 Jessie Williamson
PhD Student
University of New Mexico
In just a few short years, target capture methods have allowed biodiversity researchers to make tremendous advances in resolving the tree of life. Having experience with these techniques myself, I am confident that Jenna’s ambitious project will provide valuable insights into the diverse coraciiform order. A complete phylogeny for this group will allow for a wealth of exciting questions to be answered for years to come, and Jenna and Mike have the experience in these cutting-edge genomic techniques needed to ensure the success of this project.

Lisa Barrow
Postdoctoral Researcher
University of New Mexico
This project is highly likely to succeed and to advance our knowledge of bird evolution and phylogeny. I wholeheartedly endorse this project and I hope you will consider supporting it. 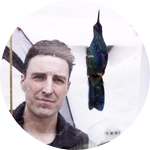 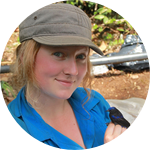 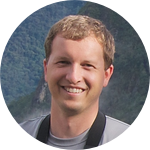 My name is Jenna McCullough and I am a new master’s student at the University of New Mexico (UNM). Ornithology has always been apart of my life. I come from a line of bird watchers–my mother and grandmother have traveled the world in pursuit of birds. I continue this maternal tradition while also extending this passion into a career.

Since I became involved with field research during my freshman year at the University of Idaho, I have worked on collaborative and independent projects focused on a range of organisms, including rabbits, canids, birds, and plants. I have a strong background in avian ecological field work, with an emphasis in breeding ecology and behavior across multiple groups of avian taxa. I have one publication and two, first-authored publications in review. See my website for more!

While most of my research background is based on how birds interact with their environment, I’m most passionate about why birds have rapidly evolved and what has influenced these rates. This is called phylogenetics: the study of evolutionary relationships among species. In 2016, I began working with Dr. Michael Andersen at UNM. I am fascinated by the avian order Coraciiformes, which represents kingfishers, motmots, todies, rollers, and bee-eaters. This group is incredibly interesting— kingfishers comprise over half of species diversity while the other groups are less speciose and mostly restricted to a certain area near the tropics. While geologic events and sea level changes could influence how many species are present today, there’s also diversity in eating strategies, plumage characteristics, and ecological niches that could be influential as well. But we first need to know the evolutionary history of all the species in order to test what is influencing these evolutionary rates.

My name is Mike and I am Jenna's academic advisor and research collaborator during her master’s degree at the University of New Mexico (UNM). I study patterns and processes of avian diversification. I’m broadly interested in all levels of bird diversity across the globe. I received my B.S. in 2004 at Cornell University, after which I worked in the Cornell Lab of Ornithology’s Macaulay Library from 2005 to 2007. I earned my PhD at the University of Kansas in 2013 where I studied the diversification of the tropical Pacific avifauna. I was a postdoctoral fellow at the American Museum of Natural History before I joined the faculty in the Biology Department at the University of New Mexico as an Assistant Professor and Associate Curator of birds in the Museum of Southwestern Biology.

Results published in Proceedings of the Royal Society B