Sepsis is a life-threatening condition in which the body's immune response to infection injures its own tissues and organs. It is the number one cause of death in the critical care unit. To provide more effective treatment, it is crucial that we understand which cells and signals play a role in the immune response to infectious stimuli in sepsis. Our research is furthering this understanding and utilizing these findings to identify new treatments.

Sepsis is one of the most dangerous and complex diagnoses seen in critically ill patients. It is a clinical diagnosis broadly characterized by an abnormal physiologic response to an infection. The prevailing belief for many years was that a hyperactive immune system was responsible for the abnormal physiologic response as well as the morbidity and mortality associated with sepsis; however, there is growing evidence that a hypoactive or paralyzed immune response causes harm to patients. Our project aims to understand further the mechanisms behind the hypoactive immune response in patients with sepsis, with the goal of identifying potential therapeutic targets to help physicians diagnose and treat this diagnosis.

It is estimated that 3,000 new cases of sepsis are diagnosed and treated every day in US hospitals. Conservative estimates of the worldwide incidence of sepsis are 20 million per year with a mortality rate higher than breast, lung, and prostate cancer combined. Costs associated with treating a septic patient are approximately $32,000 per patient. Furthermore, research indicates that the incidence of sepsis is increasing. Thus, new directions in sepsis treatment are needed. Novel approaches to managing sepsis focus on stimulating the immune system. Our work will identify the cells and signals that orchestrate the hypoactive immune response, and will provide fresh insight on how best to treat sepsis.

Our experiments will look to understand how immune cells respond to bacterial stimuli. In particular, we will focus our research on the tissue resident macrophages, which have been shown in prior research to be implicated in the immune tolerance or immune paralysis seen in septic patients. Macrophages function as the linchpin of the host immune system, coordinating the efforts of the innate and adaptive immune systems. Our work interrogates why tissue resident macrophages rather than circulating macrophages seem to be primary drivers of sepsis-induced immune-paralysis. Our in vitro and ex vivo experiments have been previously described. In vivo work will involve patients with clinically diagnosed sepsis. The experiments will begin in late July 2017.

The funds being raised here will be used for travel and living expenses during the three-month research project. All other research-related expenses will be covered by Dr. Matthijs Kox’s laboratory, at the Radboud University Medical Center.

Immune paralysis is currently regarded as the overriding immune dysfunction in sepsis, which is the number 1 cause of death in the Intensive Care Unit. This project will provide important and urgently needed new insights to better understand this problem and possibly provide leads for novel therapies. I wholeheartedly endorse this project and the people involved. Isadore Budnick is a talented and highly motivated student. Matthijs Kox is a very skilled researcher passionate about sepsis research. Together they will make this project work. 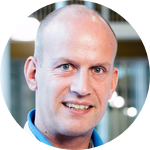 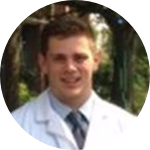 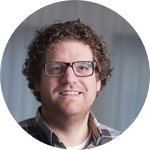 I am currently a third-year medical student at Tulane University School of Medicine. I initially became interested in immunology through my experience as a research technician at the University of Illinois-Chicago, where I worked in the lab of Dr. Bellur Prabhakar. In Dr. Prabhakar’s lab, I was personally responsible for projects that aimed to develop novel therapeutic agents for the treatment of Type 1 Diabetes. Several years later, I was introduced to critical care medicine in the Neonatal Critical Care and Neuro-Critical Care Units at Tulane Medical Center. The unique research being conducted in the lab of Dr. Kox represents basic immunology research applied to critical care patients, a fascinating intersection that I wish to explore in depth.

My research concerns mechanistic and translational studies into immune (dys)regulation in critical illness, with a focus on sepsis-induced immuno-paralysis. These studies encompass in vitro and animal experiments as well as studies in healthy volunteers and critically ill patients. I have developed the idea to use repeated endotoxin administration in healthy volunteers as a unique model to study immuno-stimulatory therapies for sepsis-induced immuno-paralysis in humans in vivo. This model is now used frequently by other in my department to test novel therapies for sepsis patients. Examples of other recent projects are animal and human studies into the effects of oxygenation and vasopressors on immune suppression in critical illness. Other research activities include innovative studies into voluntary modulation of the autonomic nervous system and the innate immune response using behavioural techniques. These studies have culminated in a publication in the leading journal PNAS and widespread media attention, including national and international news outlets (BBC UK, Channel 7 Australia) as well as international scientific media (Nature news website, New Scientist).

3 Lab Notes Posted
Scouring the Lungs for Macrophage Gold
The work has begun!
The project has been funded!