Researchers have established that elevated mercury levels in songbirds can result in adverse effects on behavior, growth, and reproductive success.

Birds reduce their mercury burden by depositing it in their feathers as they molt, therefore we can assess a bird's mercury exposure by measuring contaminant levels in their feathers. Through feather collection from captured birds, we aim to examine exposure levels to better understand the impacts of contamination and best guide conservation efforts.

The Minimata Convention on Mercury addresses issues related to the use and release of mercury through trade, industrial uses, and atmospheric emissions, as well as the long-term storage and disposal of mercury and mercury compounds. Biodiversity Research Institute (BRI) is now conducting Minamata Initial Assessments (MIAs) in various countries. MIAs are designed to assist in the development of strategies to ratify and ultimately implement the Minamata Convention, which includes a ban on new mercury mines, the phasing out of existing mines, controls on air emissions, and regulations on artisanal and small-scale gold mining. Data on songbird mercury, which reflects environmental mercury, would be used to assist Latin American countries in meeting the obligations of the Convention.

It is known that breeding survival and recruitment of bird populations depends highly on conditions on both the breeding and wintering grounds, due to carry-over effects. Little is known, however, about ecotoxicological threats that birds encounter, mainly due to a lack of standardized monitoring programs in the new world tropics. Our larger collaborative effort (with local and regional bird monitoring entities) aims to ensure the availability of robust information on vital rates, mercury burdens, and population dynamics. This information will be used for research, planning, and decision making at varying geographic scales which will ultimately benefit the conservation efforts of migrant and resident bird species in Latin America.

The goal for the money raised by this campaign is to facilitate the collection, and subsequent analysis of, feather samples from songbirds from three monitoring locations in Latin America (Belize, Mexico, and Guatemala). Specifically, we will work with our collaborators associated with Monitoring Winter Survival of Migratory Birds (MoSI) to facilitate the collection of feather samples from species of interest (ensuring that proper permits are in place). We will provide biologists with envelopes to store the feathers and to mail the samples to our lab. Once received, we will analyze the feathers for mercury and will use these initial contaminant values as a first step in generating a map of regional hotspots of mercury across the landscape.

Biodiversity Research Institute houses a Toxicology Lab where we analyze mercury in tissue samples (such as feathers) at a discounted rate, which allows us to process a larger number of samples more cost-effectively and efficiently than sending them to a private lab.

The cost of tissue analysis is only a portion of the greater effort that constitutes this project. This research requires biologists to travel to remote locations with specialized equipment to capture birds. Additionally, samples must be shipped from various countries to our lab in Portland, Maine.

Securing funding for feather mercury analysis is critical to developing a regional biological mercury hotspot map in order to improve our understanding of mercury in Latin America songbirds and guide future conservation actions.

Mercury is a potent environmental contaminant with serious neurological impacts, and birds are useful indicators of mercury exposure in the broader ecosystem. There is also a critical need for mercury data from tropical regions. As such, this project aims to fill major data gap, and does so in an extremely efficient manner, by having local biologists collect and return samples to the BRI laboratory for analysis. All in all, a simple and effective approach with big impact! 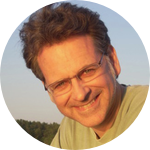 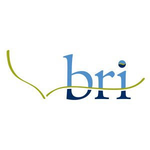 Dr. David Evers is a conservation biologist with over >25 years experience in avian conservation and is the Executive Director of the Biodiversity Research Institute. He specializes in research on ecotoxicology with an emphasis on the patterns of methylmercury and oil exposure and effects in wildlife.

Amy Sauer is the director of BRI's Songbird Program and is also a Ph.D.
candidate at Syracuse University. She has 13 years of experience
monitoring, capturing, and sampling songbirds.

Allie has 13 years of field experience and has worked with songbirds across the globe from Australia to Mexico. Allie has her M.S. in Ecology and Environmental Science from the University of Maine.

Check out these links!

Here is a link to a VIDEO about the work we do at BRI:

Here is a link to our website for BRI's Center for Mercury Studies: