Ant colonies use less energy as a group compared to the sum of individual energy use. We hypothesize that this phenomenon is related to the altruistic behavior that is characteristic of these eusocial species, and that changes made to either the group or individuals will effect the other. To test this, we'll be looking at how group energetics interplays with the individual behavior and colony size.

Recently we have quantified that the metabolic rate of the whole colony is lower than the sum of individual energy usages, and increases more slowly than colony size. This result indicates that sociality makes a worker more energetically efficient than living on its own, and the larger the colony is, the higher the efficiency is.

Meanwhile, ants from small groups behave like solitary foragers with few interactions; in large groups, a more complex social network appears. Moreover, during foraging only a portion of workers are active and interactive. As the group gets larger, the proportion of active workers decreases, and the interaction network structure changes accordingly.

We hypothesize that there exists a quantifiable interplay between the behavior and energetics of ant colonies.

In many other social organizations, the group energy usage is also lower than the sum of the individuals'. Researchers suggest that the individual interactions play a key role in the non-linearity of economies. However, despite the intensive descriptive data, it is unclear how the interactions interplay with group energetics.

In this project, using black carpenter ant colonies offers the opportunity to measure and alter colonial energetics together with the behavioral dynamics. This project will provide insight into the local behaviors of individuals that allow a group to perform collectively, and break new ground in the study of the relationship between social networks and collective performance, with potential implications toward organizations beyond the scope of social insects.

We will use black carpenter ant colonies. We will use state-of-art respirometry devices and a computer vision tracking technique to simultaneously measure and analyze the energetics and behavior of ants.

We try to answer 2 questions.

1. How would the group’s energetics change, if the individuals' interaction patterns are experimentally altered? We will conduct 3 kinds of manipulations: 1, changing the spatial structures of the foraging arena and distribution of food; 2, changing the group size; and 3, removing the highly interactive workers.

2. how would the individuals alter their behavior and the interaction patterns, in response to changes in the environmental factors that affect the group energetics? We will adjust food supply to change the group’s energetics.

The period of performance is from April 1, 2016 to March 31, 2017. The project is intended for a total duration of 12 months from the time the project is established.

Donated funds will allow us to purchase the following items:

1. Ant collection and care, including nests and food

2. Respirometry supplies, which will be used to measure the carbon dioxide production rate of ants. This rate will be converted to energy usage (metabolic rate).

4. Materials for custom-made isotemp observational respirometry chamber. Ants' metabolic rate is sensitive to temperature, so we need to keep the ambient temperature at a constant. Also, the chamber should be air-tight for measuring CO2 production rate.

Dr. Hou has produced a seminal paper (published in PNAS) on the energetics and life history in social insects. This work showed that social insect colonies behave as if they were a “super-organism”. The way their growth, reproduction, longevity, and metabolic rate increase with colony size mimic that of generic organisms. The proposed work will potentially enhance our understanding of how individual behaviors will influence the group performances (such as energy usage) and vice versa in social organizations. 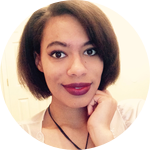 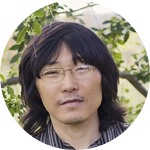 I have always been extremely curious about both the inner and outer world. Nothing ever piqued this curiosity more than when I was learning about plants and animals. I developed a love of Biology in high-school that grew as I learned more about the living world and gained new understandings of its complexity. Now, as a sophomore studying Biological Sciences at the University of Missouri Science and Technology, I am delving deeper into the complex inter-workings of life and gaining new insights into the scientific process, which I will use throughout my career as a biologist.

It was known I was to be a biologist from a very young age. As an animal lover and curious child, I could not be contained, as I would often bring home various animals, whether they were snakes, small birds, lizards, and insects, or kept from the field. My questions were endless and varying in complexity, and they still are. That's why I am here, there are creatures to be cared for, and questions to be answered. What better reason is there to work after all?

I am an animal physiologist, interested in the energetic basis of aging, growth, reproduction, and of course, colonial living of social insects. I got my Ph.D. degree in theoretical physics in 2005, and then switched to the field of ecological and evolutionary physiology. Deep in my heart, I am still a physicist, looking for universal laws in nature. For more details about me and the research in my lab, check out my website (http://web.mst.edu/~houch/). We do lots of cool stuff.