Each year, the Society of Automotive Engineers (SAE) organizes several different engineering competitions for students. Formula SAE is comprised of international collegiate teams that design, manufacture, assemble, and race their own open wheel, Formula-style car each year. The 2012-2013 competition will see the introduction of the Electric car competition in the United States. Formula SAE has been around for 34 years, and the University of Washington has been competing for the last 24.

While there are many sponsors and donors for our team, the motor and controller are very expensive components that we simply cannot get directly donated. We have designed or acquired all of the other parts needed for the electric car, but now we need your help.

Electric vehicles are the future of automotive industry, and it’s time that the University of Washington Formula Motorsports team joins in on the effort to create a greener tomorrow. This year, the University of Washington Formula Motorsports team was proud to announce their intention to create and race their first electric car in the first Formula SAE Electric competition in Lincoln, Neb. in June 2013. We also intend to compete at the Formula Student Electric competition at the Hockenheim Ring in Germany in August.

Designs for our eCar have been finished, and fabrication has begun. However, the most costly part of building an electric car is the electric motor and its controller. The motor and controller are now all we need to finalize our electric vehicle, so all funds that are raised will be used for those two components.

The motor we have decided on is produced by Emrax. We chose this motor because it has the highest power density in the size range we need, and because of its low weight - both ideal characteristics for use in a race car. Our combustion car last year weighed approximately 186 kg (410 lbs), but electric drive systems tend to be slightly heavier, which makes cutting as much weight as possible critical to maximizing our overall performance.

Note: It is our goal to put all donor's usernames on the car as a way of saying thanks. If you'd prefer your username not included, or your real name used, just let us know! 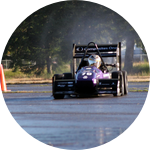 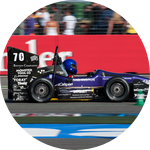 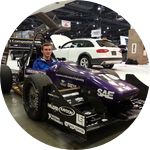 I have always been fascinated by cars. As soon as I found out there was such a thing as a mechanical engineering major, I was sold. I graduated with my BS Mech Eng spring of 2012 and an now working on my Masters degree at the University of Washington. I have spent the last six years working with the UWashington Formula Motorsports team holding positions from tube grinding grunt to engine package designer, to technical director and TA.

I have always been fascinated by cars. As soon as I found out there was such a thing as a mechanical engineering major, I was sold. I spent six years working with the UWashington Formula Motorsports team holding positions from tube grinding grunt to engine package designer, to technical director and TA.

I am the Administrative Director for the University of Washington Formula Motorsports team.

I'm a senior in the Mechanical Engineering Department at the University of Washington, and the Public Relations Lead for the UW Formula Motorsports Team.

We Met Our Goal!

University of Washington Formula Motorsports is an interdisciplinary team of 72 students from numerous majors, including Mechanical Engineering, Aeronautics, Electrical Engineering, Journalism, Business, and Industrial Design. The team provides students with an excellent opportunity to not only apply knowledge and skills from the classroom, but also to learn many new things in a hands-on setting. Over the course of an academic year, members are responsible for the development, manufacture, and testing of their own individual projects/components; by taking their projects from initial concept to the tested end-product, students develop a well-rounded set of engineering skills that simply cannot be obtained in the classroom.