Parkinson’s disease (PD) is a debilitating neurodegenerative disorder characterized by degeneration of dopaminergic neurons and accumulation of misfolded α-synuclein (α-syn). There are no disease-modifying treatments for PD. α-syn oligomers can be secreted extracellularly and thus we hypothesize that a vaccine based therapy specific to α-syn can mediate effective immunologic rejection of α-syn.

PD is a chronic disease, of progressive death of dopaminergic neurons of the brain. This results in a drastic reduction of the crucial neurotransmitter, dopamine leading to motor and non-motor complications. Protein misfolding results in deposition of Lewy bodies in neurons. PD is treated using levodopa, which wears off after a few years. An altered frequency of T cells has been described in blood and postmortem tissue samples from PD patients. T cells are involved in limiting inflammatory responses against antigens and are involved in the protection from neurodegeneration and we propose to test an adoptive T cell therapy for PD.

The significance of this project lies in the fact that currently there is no known therapy to halt the death of dopaminergic neurons in patients with Parkinson's disease. The most reliable gold standard therapy is levodopa replacement, which after a number of years results in unwanted side effects (dyskinesias, hallucinations). Developing a way to harness the human body's own immune system to ward off misfolded protein will have a significant impact on not on PD, but also other diseases/proteinopathies.

The purpose of this application is to address Parkinson’s disease at its very root to target the removal of protein aggregates in the brain by developing an immunotherapy based treatment which we anticipate to be better than the current treatment approach, which is to ameliorate motor symptoms through levodopa regimen. The approach that we propose to use toward this aim is a novel therapeutic platform originally developed in the context of cancer but can be modified for use in our disease system. We will obtain immune cells derived from bone marrow of mice and made them “competent” to precisely attack cells that express misfolded protein. There are no known similar immunotherapeutic treatment modalities for neurodegenerative diseases.

These budget items will be crucial to take the project into animal models of PD, and confirm our pilot data from in vitro and small mouse cohort. With this will be able to generate sufficient robust preliminary data in order to seek external funding support.

This project will answer very significant questions related to Parkinson's disease. Current data has proven very promising and I am excited to continue. Dr. Vedam-Mai is highly skilled and knowledgeable in this area. I fully endorse this grant proposal. 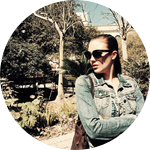 I got my PhD from the University of GA, Athens. My field of study was Microbiology. However, it was at the time of my graduation that my mother and her brother were diagnosed with Parkinson's disease. This affected my career choices rather drastically, and I decided to pursue a cure for the ailment, seeing as it may be beneficial for understanding the disease and its complications, if not anything more.

I currently am a junior faculty member at the University of Florida and am collaborating with a very successful cancer immunotherapy group to develop my vaccine platform for PD.

Link to my bibliography