Most carbon mitigation projects focus on planting trees, but the value of animals in carbon sequestration is unappreciated. This project will fill a gap in the role of tropical large mammals on rainforest carbon and will open an avenue of possibilities to quantify their ecosystem services.

We urgently need to mitigate the effects of climate change and understand the monetary value of the animals on the carbon sequestration. This is particularly important in global forums and for biodiversity-rich countries that have immense natural capital and low carbon emissions. We still have a bare idea of the value of wild animals on carbon sequestration and the existing models are based on few species. This project will estimate the monetary value on the services of wild animals on carbon sequestration of a myriad of large mammal species in tropical rainforests and can be a fundamental tool for IPCC and other environmental agencies to manage the world's carbon storage.

The ultimate goal is to monetize the ecosystem services provided by large mammals on forest carbon in tropical rainforests. How much worth the service of tapirs or peccaries in soil and forest carbon? To do so, I will use a series of fenced and unfenced plots in 4 Protected Parks in the Atlantic Forest of Brazil.

This budget will cover the whole project. I will spend 30 days in 4 Protected Parks in the Atlantic forest of Sao Paulo where 86-exclosure experimental plots have been established 12 years ago and I will collect soil samples for each plot. This amount will cover field work and soil analysis.

I’m really excited for this project. I believe it will answer critical questions about climate change and animal conservation. Mauro is the best research to answer these questions and I have no doubt that he will estimate the value of tropical mammals' services on forest carbon. 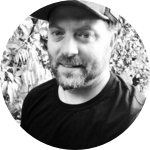 Ricardo S Bovendorp
Professor
Universidade Estadual de Santa Cruz - UESC
This project is fantastic and responds to urgent and necessary questions such as the contribution of fauna to carbon sequestration and its impacts on climate change. Dr. Galetti has an incredible team and is an expert on the subject of how animals contribute to the maintenance of tropical forests. I'm sure fundamental questions can be answered with his research. 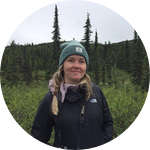 Daiane Carreira
Professor
Fundação Hermínio Ometto
I am really excited about this project. This research in the frontier of knowledge and its results will significantly contribute to climate change mitigation and animal conservation. I am completely sure that Mauro Galetti is the best researcher to understand and measure the mechanisms by which large mammals influence the carbon storage in plants and soils. 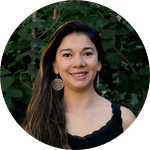 September - Travel to Brazil, and collect soil samples in 86 plots. Send this soil samples to a lab. to quantify their concentrations. I will spend 5 days in 4 sites in the Atlantic forests of Brazil collecting soil samples in an already established long-term experiment.

The soil samples will be send to a Brazilian laboratory and will take 2 weeks to have the results.

Travel to the field

Publication of the results 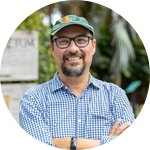 I was lucky to be born and raised in the most biodiverse country on Earth: Brazil. Since my childhood, I was surrounded by exquisite birds and plants and I think becoming a biologist was a natural step in my life. As an instructor, I try to motivate students to learn and experience nature and understand that human-well being is totally dependent on our natural capital.

2 Lab Notes Posted
An aerial view of my study site: The Atlantic Rainforest...
Mammal exclosure plot in the rainforests of Brazil