As a pediatric anesthesiologist I observed that many kids with sleep apnea who came in for tonsil removal continued to have neurological issues. We hypothesize that obstructive sleep apnea (OSA) mediated brain injury in children lead to irreversible cognitive deficits when not treated appropriately. In this study we aim to develop a mouse model for sleep apnea to define an appropriate period of intervention.

During 10 years of practice I observed many children who came in for tonsil removal due to obstructive sleep apnea. I started asking the surgeons if the neurological status of patients improved, and the answer was almost always unknown. Patients that came in with existing ADHD or learning and memory difficulties don't seem to improve after surgery. I was surprised to learn that there was minimal data regarding neurocognitive dysfunction in the pediatric population with sleep apnea. Making a mouse model to study pediatric patients is a first step to understanding this patient population.

It is estimated that 10% of pediatric patients suffer from sleep apnea. Left untreated sleep apnea can continue to affect patients throughout their childhood during key periods of growth and development. Sleep apnea causes brain damage this can significantly delay a child's educational trajectory. In this study we aim to develop a mouse model to start to study how sleep apnea affects pediatric patients.

Our central hypothesis is that sleep apnea causes putative, potentially irreversible changes in the learning areas of the brain. First, we need to create a mouse model for pediatric OSA and how it affects the brain. We will initially utilize wild type mice and later study transgenic mice with special hippocampal labelling. First, we will do behavioral testing after the mice are exposed to cyclical hypoxia and hypercarbia to establish that the mice have deficits in memory and learning similar to humans. We will then study their brains and see what the learning areas of the brain looks like by studying specific cell types. Lastly, we will characterize cell types in learning areas of the brain to see how they differ based on whether the mice have been exposed to OSA or not.

The mouse housing costs are how much we are charged to be able to keep the mice in humane and safe conditions, including watering and food.

Immunostaining reagents are critical to be able to see what happens to the learning part of the brain (the hippocampus) after various periods of low oxygen/high carbon dioxide exposure. 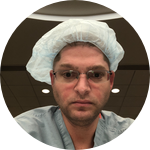 Adam
Asst Prof Pediatric Anesthesiologg
Texas children’s hospital
I am one of Dr. Chandrakantan's research collaborators. This work is highly interesting and novel, and is uncharted territory that constitutes an urgent need. Children who are poor or from disadvantaged backgrounds are particularly vulnerable to sleep apnea. Once we discern the mechanisms that lead to injury in this model, we can try to come up with solutions to the problems of sleep apnea that affect this population as well as many other children. 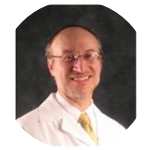 Neurobehavior is the backbone of this proposal. Determining a cognitive phenotype that is similar to how humans have neurocognitive dysfunction from sleep apnea is essential. Therefore, we will first do neurobehavior, and then once we confirm the cognitive phenotype, we will stain for cell types in the hippocampus through immunostaining. 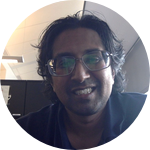 Arvind is a pediatric anesthesiologist who became interested in how sleep apnea affects the young brain. He has published many papers in clinical anesthesiology, and now wants to focus on basic science to try to figure out a cure or reversal for how kids get brain injury using a murine model.

1 Lab Notes Posted
IACUC protocol has been reviewed and approved by Baylor...