'Pathocene' integrates the concepts of 'pathogens' and the 'Pleistocene' epoch. The project aims to discover ancient pathogenic DNA (apDNA) from Southern African archaeological caves and rock-shelters spanning the past 100,000 years. While ancient hunter-gatherer groups could not sustain infectious agents like measles and influenza, it is nevertheless from this pre-65,000 year sub-Saharan African ‘Pleistocene disease baseline’ that most modern human diseases derive.

A prevailing view of the origins of modern human diseases is that most arose following the advent of animal domestication and urbanization that occurred during the Neolithic Period after c. 12,000 years ago. But the original state of human disease susceptibility is characterised by prehistoric sub-Saharan African populations who inhabited the region over the past 150,000 years. Although prehistoric foraging groups could probably not sustain a broad range of epidemic infectious agents, e.g. measles and influenza, it is from this pre-65,000 year ‘Pleistocene disease baseline’ that most modern disease pathogens derive.

The recent discovery that, for example, malignant neoplastic lesions (cancer) date back nearly 2 million years ago not only highlights the antiquity of cancer in the human lineage, it also provides remarkable insight into ancestral hominin disease pathology. Given the temporal depth of human occupation in sub-Saharan Africa, the region is ideally positioned to play a strategic role in the exploration and discovery of ancient pathogenic drivers of human mortality and human evolution. Ancient African pathogen genome data can provide novel revelations concerning human-pathogen co-evolutionary processes, and such knowledge is essential for forecasting the ways in which emerging zoonotic and increasingly transmissible diseases might influence human demography and longevity in the future.

The potential impact of disease on prehistoric humans is illustrated by the fact that ~60% of contemporary hunter-gatherers succumb to disease before reaching reproductive age (c. 15 years). We therefore emphasize two essential but largely unrequited questions concerning the evolutionary history of our species in southern Africa: First, what is the so-called ‘Pleistocene disease baseline’? And, second, in which ways did diseases impact human evolutionary processes?

Accordingly, our primary aim is to generate, for the very first time, an autochthonous prehistoric sub-Saharan African disease baseline that both follows and precedes the exodus of our species, Homo sapiens, from Africa after c. 65,000 years.

We employ a bio-molecular approach to detect ancient pathogenic DNA. Soil samples are collected stratigraphically from caves and rock-shelters across southern Africa. As contamination with modern DNA is highly problematic, we employ a strict anti-contamination protocol which entails the use of biologically-impervious coveralls, latex gloves, perspex goggles and surgical masks. Samples are immediately sealed in DNA free tubes and frozen. aDNA sample processing (aDNA extraction and sequencing) takes place in dedicated aDNA 'clean-labs' (e.g. the Cente for GeoGenetics in Copenhagen) and an Illumina HiSeq 2500 sequencing platform is used to sequence extracted aDNA. Finally, bioinformatic analyses (using software programs e.g. EAGER or PaleoMix) is used to identify ancient pathogens (bacteria, viruses and parasites) and to reconstruct the prehistoric incidence and the evolutionary origins of diseases.

This is a fascinating project that will stimulate interdisciplinary inquiry and will undoubtedly have a direct impact on, and much relevance for research in the medical science fields. We are only beginning to understand the impact of pathogens on modern human health and to learn more about the prehistoric relevance of microorganisms may lead to answers around the evolution of the modern human immune system and its role in health and disease. 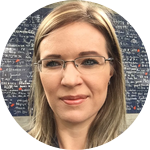 Marnie Potgieter
Medical Scientist (PhD)
Centre for Microbial Ecology and Genomics Department of Genetics University of Pretoria Hafield South Africa
Pathocene is an exciting and important research project which will push back the boundaries of what we know about disease in a region of the world which is central to studies of human evolution. Rifkin, Underdown and Ramond are using cutting edge techniques from molecular biology to broaden our understanding of which modern diseases have ancient roots. Pathocene will also develop southern African research capacity and knowledge. 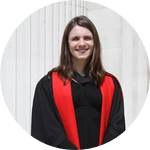 Charlotte Houldcroft
Lecturer
University of Cambridge
Really excited to be part of this groundbreaking research team! 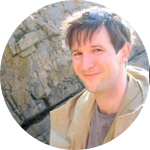 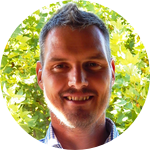 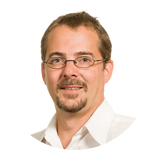 'PATHOCENE' integrates the concepts of 'disease pathogens' and the Pleistocene archaeological epoch. The project aims to discover ancient pathogen DNA (apDNA) from Southern African archaeological caves and rock-shelters spanning the past 100,000 years. While ancient foraging groups did not sustain infectious agents like measles and influenza, it is nevertheless from this pre-65,000 year sub-Saharan African ‘Pleistocene disease baseline’ that most modern human diseases derive. The potential impact of disease on humans is illustrated by the fact that 60% of modern hunter-gatherers succumb to disease before reaching 15 years of age!

Why investigate ancient diseases? What is the value of ancient pathogens for modern disease prevention strategies? And how can novel data about prehistoric diseases provide beneﬁts to living populations? These are important questions as the societal relevance of academic research is an increasingly contentious topic. Human health and longevity, and the impact of diseases on our wellbeing, arguably represents one of the most important current societal issues, especially in Africa. I believe that information concerning ancient pathogens can provide many beneﬁts to contemporary society. Such information can be used to anchor pathogen mutation rates and reconstruct evolutionary processes, be valuable in vaccine development and play a role in the discovery of pathogens that might pose significant future disease threats to humanity!

Initiating exploratory projects such as this is much easier said than done. Mainly, and while ancient DNA (aDNA) research is a niche which is rapidly expanding internationally, it remains undeveloped in Africa. This is particularly unfortunate, as African human and pathogenic aDNA is crucial to most analyses reconstructing the evolutionary history of anatomically modern humans. This is also the primary objective of y research - to pioneer, promote and establish the apDNA research niche in Africa!

I am Senior Lecturer in Biological Anthropology at Oxford Brookes University. I teach, research and write on human evolution. I am particularly interested in the co-evolution of humans and disease, palæoepidemeology, the relationship between biology and culture and the development of evolutionary thought and the Neanderthals. I’ve undertaken fieldwork across the world including South America and the Middle East. I have written numerous scholarly papers and am the co-author of two books. I am passionate about science education and communication, and have appeared on a large range of radio and television programmes discussing aspects of human evolution and the latest finds and developments in the subject. I have written for the Guardian on a number of contemporary issues in science, including climate change, creationism, religious belief and the use of human remains in research. I am an avid book reviewer and have written reviews for numerous publications, including History Today, JRAI, TREE, and the THES. I am a member of council of the Royal Anthropological Institute and I was Vice President between 2012-15. I am currently Chair of the Society for the Study of Human Biology, a member of the QAA Anthropology subject bench-marking panel and a Research Associate of the School of Anthropology and Museum Ethnography at the University of Oxford.

In 2008 I completed in 2008 a PhD in Microbiology (with specialization in Microbial Ecology) at the UMR CNRS 6143 at the University of Rouen, France. In 2013 I was appointed as a Research Fellow at the Centre for Microbial Ecology and Genomics (CMEG), University of Pretoria. I am currently leading the Namib Desert Microbial Ecology scientific research program and intend to apply my analytical skills (specifically those pertaining to sediments) to the analyses of ancient anthropogenic sediments.

This research project is hosted by the Centre for Microbial Ecology and Genomics (CMEG) and focuses on the recovery of arthropod disease vectors, intestinal helminths and ancient pathogenic DNA (apDNA) and microbiomic DNA (amDNA) from southern African archaeological contexts spanning the past 100 000 years. Our aim is to generate an autochthonous sub-Saharan African disease baseline that precedes the exodus of Homo sapiens from Africa after c. 65 000 years ago. This research is anticipated to provide tangible evidence for the Pleistocene origins of most major human pathogens. Besides the generation of a ‘Pleistocene disease baseline’, the acquired results will contribute unique data concerning parasite-host antagonistic co-evolutionary contests, facilitate the exploration of parasite- and pathogen-mediated cultural diversification and permit the phylogeographic reconstruction of prehistoric disease prevalence.