Alzheimer's disease (AD) is characterised, in part, by accumulation of pathological tau, which is a protein that stabilises microtubules. Tau pathology progresses stereotypically from the mesial temporal lobe to unimodal and polymodal associative neocortical regions. This project will use selective tau PET imaging to investigate whether particular neuropsychological tests are sensitive to accumulation of tau in specific brain regions in preclinical and prodromal AD.

The neuropathology of Alzheimer's disease (AD) is characterized by accumulation AB-amyloid (AB) plaques together with neurofibrillary tangles of hyperphosphorylated tau. AB PET imaging has shown that AB accumulation begins 15-20 years prior to onset of dementia, and is likely a necessary, but not sufficient, cause of cognitive decline in AD. The recent advent of selective tau PET imaging provides the opportunity to investigate tau aggregation in living subjects to elucidate research into causes, diagnosis, progression, and treatment of tauopathies, including AD. Investigating the relationship between tau accumulation and cognition will assist in early and differential diagnosis in symptomatic individuals and predict disease progression and cognitive decline in asymptomatic ones.

In AD, plaque density at post mortem does not correlate with cognitive performance. In contrast, tau deposition progresses stereotypically from the medial temporal lobe to unimodal and then polymodal associative areas (see Braak and Braak & Delacourte), which likely explains the clinical syndrome of AD in which memory, visuospatial, and language functions are usually affected. This project will investigate whether specific neuropsychogical tests, designed to assess selective cognitive domains, are sensitive to tau deposition in specific brain regions thought to underpin these cognitive domains.

This project will investigate whether particular neuropsychological tests are sensitive to tau accumulation in specific brain regions using a series of (age and education-adjusted) regression analyses. Tau imaging data comprises a set of continuous and categorical variables denoting regional as well as global tau in the brain. Cognitive data comprises scores on a range of neuropsychological tests selected for their sensitivity to impairments in specific cognitive domains. Tau imaging and cognitive data are already available for over 150 participants, so this project can commence immediately.

This project is a sub-study of a pre-existing longitudinal study of Alzheimer's disease in over 1500 people. MRI, AB-amyloid and tau PET imaging, and extensive neuropsychological data are collected as part of this study at 18 month intervals. These funds will pay for a research assistant's time in order to prepare/collate, analyse and write up the data pertaining to tau PET imaging and neuropsychological test performance.

This study stands to advance knowledge at the forefront of neuroimaging and cognition in terms of early diagnosis of a variety of neurodegenerative disorders. The team has already proven itself capable of delivering excellent outcomes which have been published in the highest impact journals. 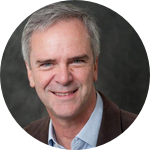 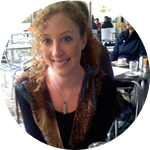 The Florey Institute of Neuroscience and Mental Health
View Profile

I completed a combined Masters (Clinical Neuropsychology) and PhD at the University of Melbourne in 2012. I have worked with the Florey Institute of Neuroscience and Mental Health on Alzheimer's disease research projects since 2010. Over the 7 years I have spent at the Florey I have seen hundreds of cases of prodromal Alzheimer's disease and Alzheimer's disease dementia, more than many clinicians see in a lifetime, and so know only too well the burden of dementia on individuals and their families and friends. I am passionate about contributing to research into early detection; to discover biomarkers and cognitive correlates of AD early enough to provide an avenue for intervention with disease modifying therapies.