We aim to investigate what incentives are most effective in encouraging people to apply for green jobs. This is justified by the delay between the adoption of new techno-economic paradigms and the corresponding change in lifestyles—including job hunting. Institutions struggle to create conditions that, in addition to firms, benefits workers, while ‘green’ moral hypocrisy still affects occupational choices.

The ecological transition of the economy that is advocated to contrast climate change must be supported by the creation of green jobs and willing and capable workers. Public and private actors from the green sectors have to define the incentive-compatible tools to attract skilled workers. While the literature is rich in studies approaching the restructuring of greener sectors, there is a lack of knowledge about the behavioural motivations underlying the job application toward a job in a green or a polluting sector. What is most striking is the potential difference in short- and long-term financial incentives given the opposite trends of the two sectors, as well as, the potential for social pressure toward green jobs.

We focus on these behavioral incentives due the implications they have from a policy making perspective. While forms of green activism are implemented to protect the environment and support the green economy via sensitive consumer choices, the potential benefit of social initiatives would be exploited to enhance the supply of green jobs as well, encouraging people to make a difference by working a green job and keeping skilled workers motivated. Additionally, understanding the role of inter-temporal monetary incentives is crucial for labour market institutions, including trade unions, to ensure competitive salaries in green jobs and stable careers. Our findings would also help firms in framing their job vacancies for green jobs in a more effective way.

The goal is to see how different framing determines job applications for a green or a polluting company. The experiment will be held online with Qualtrics. It will be asked the participant to choose which company they would choose between two options: a green or a polluting company. In the control both companies have identical salary both in the present and in the future. In a treatment, with the same salary conditions of the control, participants will be told that their peers pushed them toward a green job. While in another treatment, salaries have opposite trends: a green prospect is less rewarding now but increasingly in the future as the green sector grows and the opposite applies for the polluting one.

The budget items help us cover the expenses for the Qualtrics survey. We would like to have a sample of 600 participants.

There is no external funding as we trust the community to understand the value of this project and we trust to receive their support. All-or-nothing!

This is a very useful project. One of the conditions for the green transition is people's attitudes to sustainable consumption and sustainable production, therefore, to green jobs. I have not seen much research looking at this. 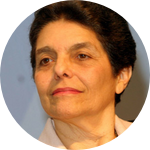 Carlota PEREZ
Honorary Professor
Institute for Innovation and Public Purpose- (IIPP-UCL) London
I know Giorgio and he does great work. It is a well thought experiment, that promises to be highly relevant to policy and academia as well! 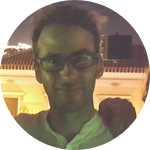 As soon as the project will be funded, the Qualtrics experiment will be deployed. This part can last for a few weeks. Afterwards, ideally before the end of 2022, a working paper will be prepared with the obtained results.

The experiment is deployed on Qualtrics

Submission of the paper 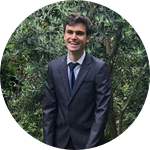 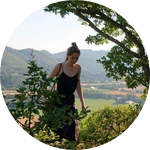 Giorgio and Chiara are two young researchers who are motivated by the intention to leave a positive mark on this planet.

Given our experience in experimental projects and our passion to protect the planet, we would like to discover more about what moves people toward 'ecological' and sustainable decisions.

Both Chiara's PhD thesis and Giorgio's MSc and PhD topic make them experts in a field that wants to overcome present and future challenges.

PhD Candidate for the European Doctorate in Law and Economics | MSc in Resource Economics and Sustainable Development at the University of Bologna.