In Saccharomyces cerevisiae, the protein CLN1 forms a complex with the CDK1 in the cell regulatory cycle. Studies show CDK1p interacts with oncogenes, facilitating tumorigenesis. Despite being a very well-studied protein, it is unclear which cellular pathways involving CDK1 enables it to bypass apoptotic signals. Due to CLN1’s involvement in cell cycle regulation, we hypothesize that CLN1 does assist CDK1p in tumorigenesis due to its functional similarities to that of CDK1p.

Saccharomyces cerevisiae is a model organism for studying many essential cell regulatory pathways conserved in humans. A cyclin found in both yeast and humans, Cyclin-Dependent Kinase 1(CDK1) is heavily involved in the progression of the cell cycle in yeast by forming complexes with multiple genes. Despite being a well-studied protein, it is unclear which cellular pathways involving CDK1 enables it to bypass apoptotic signals and cause tumorigenesis. One of the proteins that CDK1 forms a complex with is CLN1. Due to CLN1’s involvement in cell cycle regulation, we hypothesize that CLN1 does assist CDK1p in tumorigenesis due to its similarities in function that of CDK1p.

Determining the complex CLN1-CDK1 mechanism could help us better understand how CDK1 facilitates the prevention of tumor cell apoptosis. This research will allow us to investigate how CDK1 can evade apoptosis and if the process occurs in humans. Another goal of this experiment would also determine which wavelengths and duration of the UV light would lead to proliferation of Saccharomyces Cerevisiae. Although there are many research papers on the detrimental effects of UV radiation on yeast cells, not many studies have investigated the duration of UV light optimal for proliferation and inducing cancer-like symptoms in Saccharomyces cerevisiae. It would also enable to induce cancer-like symptoms into yeast without the need for chemical carcinogenic agents.

In this experiment, the main goal is to induce cancer-like symptoms in yeast using UV radiation and to determine whether the CDK1-CLN1 complex plays a role in evading apoptosis.

The first step is to culture the yeast cells in a special media and incubate them at optimal temperature. The second step is to find out the optimum condition to induce cancer-like symptoms in yeast. To achieve this step, trials of different wavelengths of UV radiation and different exposure durations, using germicidal lamps, will be conducted. With the data collected from the experiments, the next step is to place the yeast without the CLN1 gene in the same conditions and measure its apoptotic rate.

The strains that I am using for this experiment are Saccharomycees cerevisiae S288C (wild type) and Sacharomycees ceravisae Knock out YMR199W (CLN1 gene knockout). To culture those yeast strains, the yeast specific medium will be utilized to optimize the growth of the yeast cells. This medium includes peptone, sugar and agar solution. The lab equipment required for the UV trials include germicidal lamps that emit UVC radiation, a cell culture incubator and sterilized cardboard boxes to cover the UV lamps and eliminate light. We will tabulate the apoptotic rate of both cell lines after being exposed to UV radiation. We will do so via a hemocytometer which is a instrument to measure the number of cells. Thus we will require Trypan blue, propylene tubes, a hemocytometer and 100 Microliter pipette and pipette tips for data analysis. Additionally, if my experiment is fully funded, experiment.com charges 11% from my total budget which is why I included the experiment fee.

I am excited to see the data Sanyukta gathers from this project!

Within the first 3 months, I will acquire the materials for this project. I will familiarize myself with the 3 key basic techniques: pipetting, counting cells, and cell culture. As a high school student, I am unfamiliar with the techniques above but will be guided by a teacher. UV trials to find the optimum exposure for yeast growth are expected to last for 3 months. If my project is successful, I would present to my research class and possibly publish in a research journal.

Analyze data from the trials

Presentation to research class and write up on my results 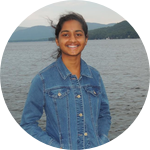 I am a rising junior at Princeton High school. I am interested in STEM topics in particular Biology. As part of the 3-year research program at Princeton High school, I have been learning research techniques (such as statistical analysis), reading research articles, Lab techniques (such as pipetting, Western blot, PCR, centrifuge isolation, gel electrophoresis, etc.). On the practical aspect, I have participated in the Waksman project and have learned to analyze DNA. Using the restriction digest and PCR processes, I isolated a specific part of duckweed gene and created multiple copies of the isolated gene for DNA analysis. Utilizing the BLAST database, I learned to map the isolated unknown gene to the protein it most likely codes for.

In terms of programming skills, I am proficient in Java and Python. This year, I am enrolled in AP Biology and AP Computer science. This past year, I have studied AP chemistry. I have studied topics such stoichiometry, kinetics and equilibria, acid bases, electrochemistry etc.

Socially, I am part of the Youth Advisory Committee (YAC) in Princeton that address teens challenges. We organize community events to address these challenges and build connections and collaborate with other socially progressive organizations in the area. As part of school extra circular, I have been tutoring students in chemistry, biology and mathematics

In my spare time, I paint and draw with various different mediums. I also love to go for walks and like to play tennis, badminton and table tennis.