Hardening of the arteries, or atherosclerosis, is a global problem leading to heart attacks and strokes. Many treatments focus on preventing fatty deposits in the arteries by lowering cholesterol. Despite this, many people continue to have blocked arteries. Calcium deposits also build up in the arteries but the cause of this is not well understood. Our research has demonstrated elevated levels of a chemical called, BONE MORPHOGENETIC PROTEIN in patients with both kidney disease and heart disease. We want to target this protein to treat and detect heart and kidney disease.

I will not stop until we have cured heart disease. Plaque build up in the arteries is ruthless and it kills too many people. I want to understand this deadly foe. First WE will targetwith the CALCIUM in the PLAQUE!!! You can help me!


We have been trying to understand the role of calcium deposits in hardening of the arteries. It appears that actual BONE and BONE CELLS/osteoblasts deposit into the arteries and the heart. A rational way to prevent that deposition is to identify the exact signals that the arteries get to form new bone.

After screening arterial plaques for multiples proteins, we identified a particular isoform, bone morphogenetic protein-4 (BMP-4) as being present in all of the plaques. This protein is potent and capable of converting normal arteries into hard calcified pipes!

Even more than heart disease, kidney disease is associated with a frighteningly high amount of bone deposits in the arteries and the skin. Not suprisingly, after testing more than 60 patients, we identified the highest amount of BMP-4 in the blood of patients with combined heart and kidney disease.

I believe that the BMP-4 series of receptors and ligands (binding proteins) can explain not only the reason why calcium deposits in the arteries but also why fat containing cells develop in the arteries and why scare tissue forms in the arteries.
Of course, it is exciting to think that this recptors and ligand system may expain the full differentation of cell types in the atherosclerotic plaque and may also represent a means for improving the life of patients with kidney disease.

Even though we know that cholesterol and diabetes cause hardening of the arteries, the specific signals that tell the artery wall cells to undergo the characteristic changes of 'hardened arteries' is not adaquately investigated. There is a lot of hand waving in science that scientists use to explain hardening of the arteries but the actual proteins that are causing this change are not targeted by any of the medicines that we use.

I believe the BMP-4 molecule. in conjunction with the cellular receptors, will determine which cells form calcium and which cells form fat containing cells. A similar molecule called TGF-beta will compete BMP-4 for its receptor and cause the artery wall cells to form scar. My ultimate goal would be to develop drugs that interfere with the formation of the plaques that cause heart attacks and strokes. In the meantime, I want to use the measurement of this molecule (BMP-4) as a way to determine who is at a high risk for a heart attack and stroke. This project will bring me one step closer to attaining my goals.

In this study, 200 patients
scheduled for a heart angiogram due to complaints of chest pain, will have their blood analyzed for this chemical. The angiogram will be characterized as ‘no heart disease’, ‘mild heart disease’ or ‘severe heart disease’ as well as whether they have kidney disease. Patients will also be assessed for the need to have a stent or heart surgery. The levels of Bone Morphogenetic Protein in the blood will be related to the severity of heart disease, the presence of kidney disease, and the need for a stent.


At least half of the patients chosen for this study will have some form of kidney dysfunction. This is important because angiograms can make kidney disease worse, and preventing an unnecessary angiogram in a kidney patient could prevent the need for dialysis in the future. Also important is the finding that patients with kidney disease frequently have severe calcium build up in the body and heart arteries.

This study will provide further investigation into the role of Bone Morphogenetic protein in combined kidney and heart disease. In addition to BMP-4 we will look at BMP-7.

Altogether, we'll need $6,942 for this project. The funds will be used for two purposes. First, we'll need to compensate the technician for collecting and processing blood samples. Second, we'll have to cover the costs of antibodies and test supplies to evaluate the BMP levels in each blood sample. 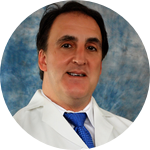 I also play drums and I take surrealistic photography: Check out my Photography!!!
http://www.flickr.com/photos/scintillation

Thank you all for your generous donation to our project!!