In a two-year study, we found seasonal residents but no year-round dolphins off the coast off northern South Carolina. This area is described to include four overlapping stocks (one migratory, one coastal and two estuarine), yet stock boundaries and seasonal movements are not well defined. I intend to discover where northern SC dolphins go by comparing dorsal fin catalogs to neighboring areas. Defined boundaries and movements helps managers assess threats and plan to prevent population decline.

We used photo-identification surveys to investigate abundance trends, population composition, and seasonal movements of bottlenose dolphins in northern South Carolina. This area is home to a complex mix of at least 2 coastal and 2 estuarine dolphin stocks (Waring et al. 2014), but this classification is poorly supported due to the absence of definitive data. Data from summer and winter indicate a seasonal shift in population composition. Some coastal dolphins seeing in the 2013 summer have returned in consecutive summers (2014/2015), indicating seasonal residency. The majority of the winter/spring sightings were not matched with any other season or neighboring catalogs investigated to date. Catalog comparisons will aid in stock classification and increase our understanding of movements.

Coastal bottlenose dolphins along the east coast are classified as “depleted” and recently suffered from a virus-based die-off that killed over 1800 dolphins (NMFS 2015). These dolphins are managed by NOAA as separate stocks. Understanding dolphin stock structure, including seasonal movements and distribution, population overlap, and local abundance is crucial to mitigating threats to dolphin populations. We have investigated local abundance through mark-recapture photo-ID surveys. Now we plan to elucidate the stock membership of dolphins along northern South Carolina, a group that is poorly defined and a management priority for coastal bottlenose dolphins. Catalog comparison results should increase our knowledge of bottlenose dolphin stocks and movements and enhance management plans.

Our goal is to define which stocks are present in northern South Carolina and to identify members of each stock. We will compare our dorsal fin catalog (2025 dolphins) created in the course of a two-year survey (July 2013 - August 2015) to catalogs from dolphin researchers in Charleston, SC, Wilmington, NC and Beaufort, NC. These catalog comparisons, along with the sighting history of each individual dolphin will assist us in defining dolphin stocks based on stock descriptions provided by NOAA (2014). Matches with other areas will also shed light on dolphin movement and increase our understating of seasonal and short term migrations as well as stock distribution along the coasts of North and South Carolina.

I will be using an online platform (MABDC) to compare my dorsal fin catalog (2025 dolphins) to catalogs from adjacent areas such as southern North Carolina (1669 images) to the north and Charleston (1518 images) to the south. I will make 6,453,675 pair-wise (one-to-one) catalog comparisons with the online catalogs.

However, the most recent entries in the Charleston catalog available online date back to 2009, hence visiting the Charleston NOAA Hollings Marine Lab will give me access to their most up-to-date catalog, increasing my chances of find a match.

Results from these catalog comparisons will be included in a publication describing bottlenose dolphin abundance and movements in northern South Carolina.

These funds will be used for salary to complete this project and for travel.

It is my pleasure to endorse Dani Silva’s project, “Where do northern South Carolina dolphins go?” Dani is an exceptional young researcher who has spent years coordinating dolphin surveys and numerous student participants and volunteers. Her cheerful good nature and impressive efficiency have endeared her to students, teachers, and research colleagues from various agencies and universities who have worked with her both in the field and in the lab. One of the least glamorous, most time-consuming, and most important aspects of any dolphin photo-ID research project is the painstaking comparison of dorsal fin catalogs from various research sites. The bigger the project, the more time is required, and Dani has a big project. The results from her research on the stock structure of coastal bottlenose dolphins in northern South Carolina will be a major contribution to our understanding and management of dolphin stocks in much of the Southeast US. 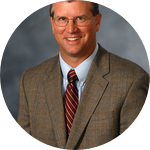 Robert Young
Professor of Marine Science
Coastal Carolina University
I am really excited for this project. We have a lot to learn about dolphin stock structure on the Atlantic coast and this study will help to provide some answers. Looking forward to working with Dani on this project! 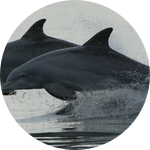 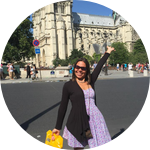 I am a graduate student in the Coastal Marine and Wetlands Master of Science Program at Coastal Carolina University. I have a Bachelor’s of Science degree in Biology from the Universidade do Vale do Paraiba in Brazil. During undergraduate, I had a research project examining the interaction between artisanal fisheries and coastal dolphins in Brazil. In graduate school, I volunteer with the SC Marine Mammal Stranding Network and manage an undergraduate independent study class entitled Monitoring Dolphin Populations under the guidance of my advisor Dr. Young.

I have always been interested on dolphins. When I realized South Carolina has limited data on bottlenose dolphins, I wanted to jump right in and fill the gap. In the past couple of years, I have been working on my master thesis project investigating bottlenose dolphin stocks in northern South Carolina. I am also working on a NC Sea Grant funded project to estimate abundance of the Southern North Carolina Estuarine System Stock.

Since we have no year-round dolphin residents, I want to find out where they go when they are out of my research area.