Respiratory rhythm in mammals originates in the preBötzinger complex (preBötC) of the brainstem, but the specific neurons that comprise the core circuit remain incompletely understood. Rhythm-generating preBötC neurons may derive from precursor cells that expresses the transcription factor Dbx1, so we focus on Dbx1-derived neurons to unravel the cellular-level origins of breathing.

We have proposed the Dbx1 core hypothesis, which posits that Dbx1 neurons drive the rhythm of breathing.

Our current data suggests that Dbx1 neurons are involved not only in generating rhythmic breathing but also in motor output. These results are especially intriguing considering that these two functions (generating rhythm and controlling motor output) are usually ascribed to separate neuronal populations.

My goal is to identify and physiologically characterize of the core of the inspiratory neural oscillator for breathing. Current research shows that Dbx1 neurons are the central players, but they play several roles. My project will refine our understanding of the Dbx1 population by finding specialized populations singularly responsible for inspiratory rhythm. On a broader scope, this investigation in the context of breathing behavior may elucidate fundamental properties of circuits underlying motor behaviors such as walking, running, chewing, and swimming, whose neural origins may recapitulate the mechanisms of respiration, which has enormous physiological significance for humans and all mammals.

After documenting the dual function of Dbx1 preBötC neurons, the question remains: which Dbx1 preBötC neurons are rhythmogenic? I aim to characterize Dbx1 neurons at a more detailed genetic level and thus identify the sub-population(s) that contribute singularly to inspiratory rhythm generation (and not motor output). If successful, breathing would be the only mammalian behavior whose neural origins would be identified and characterized at the cellular-genetic level.

To do this, I must elucidate genetic distinctions among Dbx1-derived neurons that can be exploited to sub-classify the population. This information would be used to assess its roles physiologically and then determine which one of these populations is responsible for inspiratory rhythm generation.

Based on RNA-seq data for cells in this central pattern generator, I have identified the genetic markers that may characterize the rhythmogenic population. To visualize these cells, I will need to order several custom primary antibodies for immunolabeling (an imaging technique for highlighting cells that express a target gene or protein).

I am currently responsible for the mouse colony containing the subjects I will perform these experiments on, and I must take into account their their feeding, housing, and emergency expenses during the duration of this project.

I live in a house by the William & Mary campus, the rent of which increases over the summer. In order to stay in the area as long as I would like to complete this project, I may need to supplement my housing cost using outside funding. 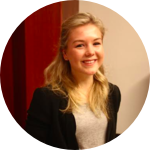 "We seek to understand the neural origins of rhythmic behaviors such as walking, running, swimming, breathing, and chewing, among others....

In addition to its significance for understanding human physiology and pathology, unraveling the neural origins of breathing behavior may reveal general principles of neurophysiology that apply to generating a wide array rhythmic behaviors in mammals and across phylogeny."

I began my academic journey with the goal to graduate with universal skills that are helpful to others and flexible. Further, I wanted these acquired skills to alter the way I interact with the world: as a contributor who has the capacity and the responsibility to change it.

In my sophomore year, I was granted acceptance into Dr. Christopher Del Negro's systems neuroscience lab. From that point on, I have prioritized my research at the very, very top of my list. I am sure that if I were to total the number of hours I have spent in this lab over the past year it would be a number larger than that of any other activity I have done in my time at W&M. I mention this as a heuristic of how there is no other place I would rather work and learn on this campus.

I am fortunate to report our recent progress: my first project, in conjunction with a senior graduate student has been submitted for presentation at the biannual conference of the Federation of European Neuroscience Societies (FENS), which will be held July 2-6, 2016 in Copenhagen, Denmark. The study is now being readied for publication in a peer-reviewed neuroscience journal.

Through this development as a scientist, I have actualized many of the academic goals I set before convocation. I can now manipulate biological materials to address important questions pertaining to brain science and physiology, a pursuit that appeals to my creativity, that also as implications for helping others in a fundamental way in the future. Considering all of the intellectual stretches, risks taken, and challenges faced in these past few years, I am better prepared to understand what goals I should set for myself moving forward. Immediately, my goals include advancing knowledge through more advanced and meaningful research leading to first-author publication. After graduation, I plan a career where my laboratory, community, and entrepreneurial passions intersect: beginning with a Ph.D in synthetic biology.

My undergraduate experiences thus far have thoroughly prepared me for this investigation. I am confident in my grasp of the principles of molecular biology, after completing all of the introductory biology and chemistry sequences, including biochemistry, molecular cell biology, and neurobiology. My understanding of the material in the aforementioned courses has been considerably enhanced by my participation in undergraduate research for the past five semesters, including both summers. Most recently, I have been working on a developmental neurobiology project with a graduate student in the Del Negro lab, and as a result I am competent in immunohistochemistry, confocal imaging, and CLARITY (a method to produce extremely high-definition images of fluorescent biological systems). Currently (and for all of my Spring 2016 semester) I am interning at the National Institutes of Health (NIH) in a developmental neurobiology lab, where I have already honed my microdissection technique and knowledge of transgenic mouse husbandry. Soon, I will also be elaborating on my knowledge of quantitative genomic techniques. The technical skills and developmental neurobiology intuition I will glean from the NIH will be applicable in my project to sub-classify Dbx1-derived cells based on molecular markers.